48 Hours in Tampa Bay: Discover the History and Culture of Cigar City 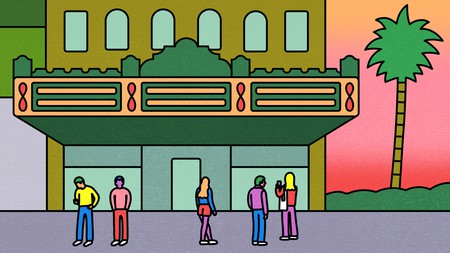 Modern-day Tampa Bay is the hi-tech hub of the Gulf Coast of Florida, but few know that its history was shaped by pirates, cowboys and multiple waves of immigration.

Once a sleepy port beside an army base, Tampa Bay’s fortunes changed dramatically in the late 1800s when thousands of immigrants moved north to work in the booming cigar industry. Dive into the city’s backstory on a history-soaked weekend and learn how age-old Hispanic traditions and culture underpin Tampa Bay’s infectious vibe. 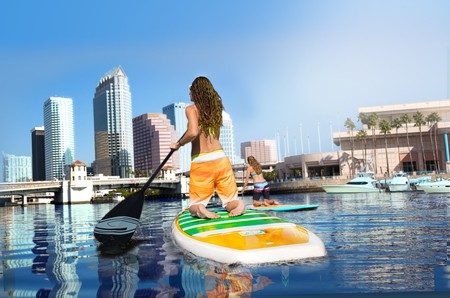 If you want to brush up on your local knowledge, the Tampa Bay History Center will fill you in on 12,000 years of Florida history. Step into a 1920s-era cigar store, saddle up for a cattle drive or venture below deck with pirates and conquistadors in the museum’s latest Treasure Seekers exhibit. Immersive galleries cover everything from Florida’s earliest native peoples to Tampa Bay’s emergence as a port city and popular travel destination.

Now that you’re clued up, you’ll know how the dredging of the Hillsborough River in the 1880s – allowing sea vessels to dock – turned Tampa into a prosperous port. At the same time, industrialist Henry B Plant extended his railroad to Tampa Bay and launched a steamer service between Tampa, Cuba and Key West, which paved the way for an influx of immigrant workers.

Cubans, Spaniards and Italians arrived in large numbers; most settled in the nascent cigar manufacturing neighborhood founded by Vicente Martínez Ybor, and Tampa Bay soon became known as the cigar capital of the world. From Downtown, catch a free streetcar to the National Historic Landmark District of Ybor City. Its vivid Latin spirit can be traced directly to those original immigrants, whose customs and culture continue to thrive. Expect an upbeat mood, free-roaming chickens, and cobblestone streets lined with bars and boutiques. Many are housed in restored brick buildings with wrought-iron balconies, reminiscent of the French Quarter in New Orleans. 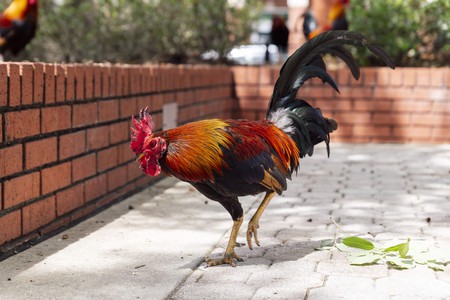 Take a historic walking tour along lively 7th Avenue and into pocket-sized José Martí Park, the only piece of land in the USA that’s owned by Cuba. At the Ybor City Museum State Park, in the former Ferlita Bakery, you’ll learn how different communities came together to form social clubs and share traditions.

Workers forged deep bonds at places such as the El Reloj cigar factory, now the headquarters of cigar maker JC Newman and the only still-operating manufacturer in Cigar City. Factory tours offer a chance to see the cigar-making process from start to finish, both hand-rolled and on antique cigar machines. 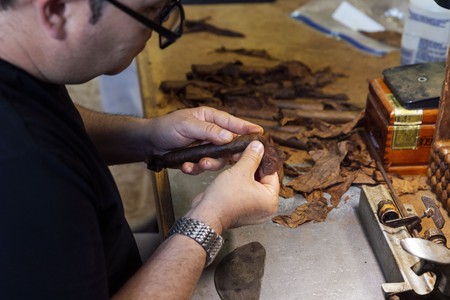 The revered Columbia Restaurant started out in 1905 as a corner cafe serving coffee and Cuban sandwiches. Over the years it gradually took over an entire city block, and today it’s the largest Spanish restaurant in the world. Dinner here is a multisensory experience. Potted palms, fountains, and vintage terracotta tiles lend an authentic backdrop to the nightly flamenco shows, while an extensive Spanish and Cuban menu completes the experience. 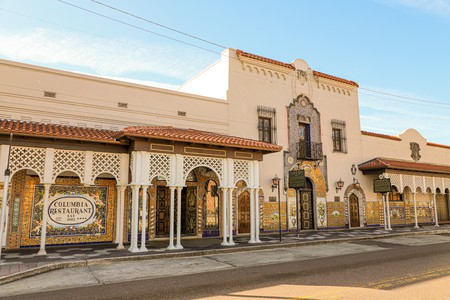 Across the Hillsborough River from downtown Tampa, the sight of minarets and cupolas on the skyline borders on the bizarre. Now part of the University of Tampa, this vast Moorish-inspired building was originally the Tampa Bay Hotel, created by railroad magnate Henry B Plant in 1891 to encourage wealthy Victorian travelers to visit Florida. Most of the 511 rooms had their own bathtub and electricity – unfathomable luxuries at the time – while a racetrack and 2,000-seat casino only added to the allure. In the southeast wing, the Henry B Plant Museum preserves original furnishings and artefacts, offering a peek into the life and times of these early Tampa tourists. 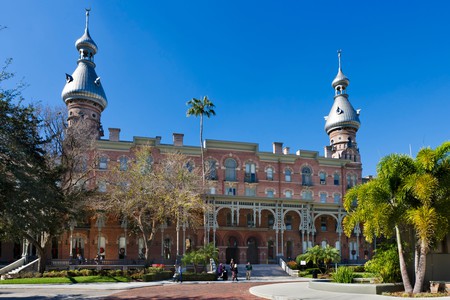 The Henry B Plant Museum followed the introduction of the railroad in Tampa Bay, serving as an incentive to encourage the rich to visit this corner of the state and stay in some of Florida’s first electric rooms | © Ian Dagnall / Alamy Stock Photo

The Henry B Plant Museum followed the introduction of the railroad in Tampa Bay, serving as an incentive to encourage the rich to visit this corner of the state and stay in some of Florida’s first electricity-powered rooms | © Ian Dagnall / Alamy Stock Photo

Just north of Downtown is Perry Harvey Sr Park, named after a local civil rights leader. Formerly known as the Scrub, this area was settled by freed slaves before growing into a dynamic African American district popular with musicians. The park celebrates this history with larger-than-life public artworks and the open lawns make a great place for a pitstop. A few minutes’ walk away, the 1926 Tampa Theatre is an unmissable venue for history buffs and movie lovers. The interior was designed to resemble a Mediterranean courtyard, complete with birds, vines, statues and leering gargoyles. The details are astonishing, so take a seat under the artificial starry night sky and be wowed. 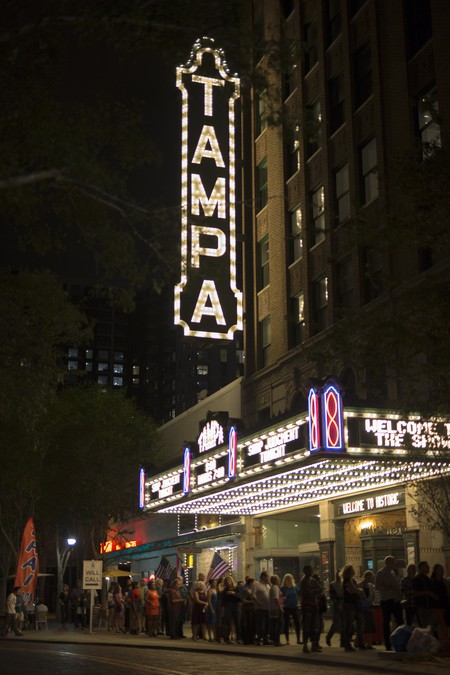 When it first opened in 1926, the Tampa Theatre was a place of opulence and lavish luxury. These days it’s still wildly successful and is run by a non-profit that puts on more than 600 events a year | | Courtesy of Tampa Bay

At the end of the street, the Tampa Marriott Water Street backs onto the Riverwalk, providing widescreen views of the bay. Wrap up your weekend at the hotel’s seafood-focused gastropub, Anchor and Brine, which features craft cocktail pairings, a raw bar and waterfront terrace seating.

Learn more about the interesting history of Tampa Bay and start planning your trip at visittampabay.com 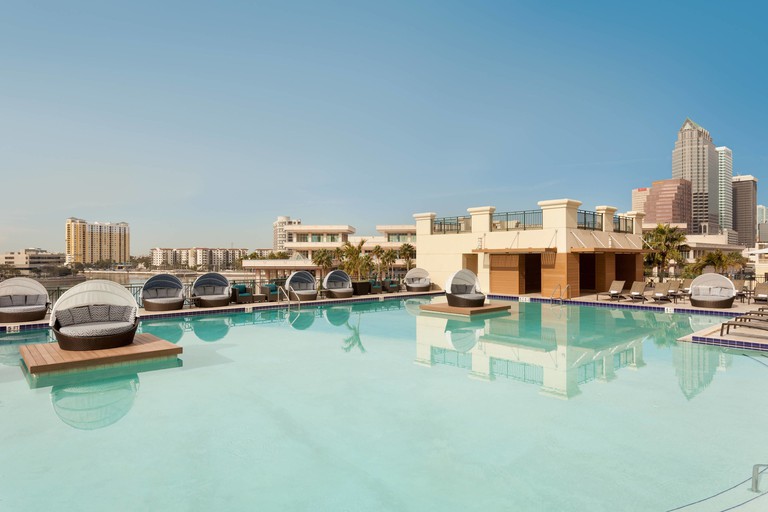 This recently re-designed waterfront hotel has everything you need and more for a comfortable and memorable stay in Tampa. Complete with a rooftop pool, Tampa Marriott Water Street is the ideal base for post-exploration chilling. A stay here gives you easy access to Tampa’s hottest spots and you’ll find yourself moments from the bustling nightlife of the city, yet far away enough that you won’t be disturbed. Just a few steps away you’ll also find the famed Amalie Arena, so be sure to swing by to catch a glimpse of the Tampa Bay Lightning team doing their thing. 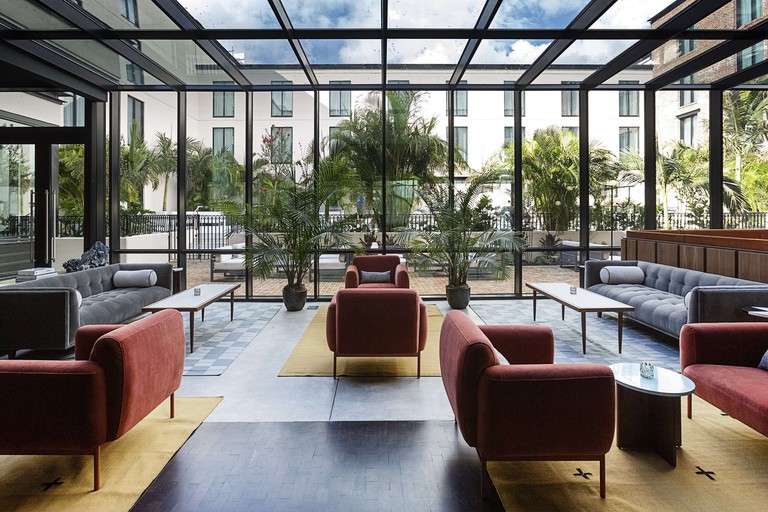 If you’re looking for a boutique bolthole to set up base, the Hotel Haya, in Tampa’s colorful Ybor District, has rooms designed for ultimate relaxation with thoughtful amenities throughout. Sip on tequila cocktails around the pool and feast on a medley of cuisines at the hotel restaurant, where cultures blend and coastal cuisine is at the top of its game – think tuna and watermelon ceviche and coffee roasted carrots.