Top 10 Things To Do And See In The City Center Of Bridgeport, Connecticut

From the beloved local landmarks to the refined, trendy music halls, Bridgeport has much to offer the curious traveler. 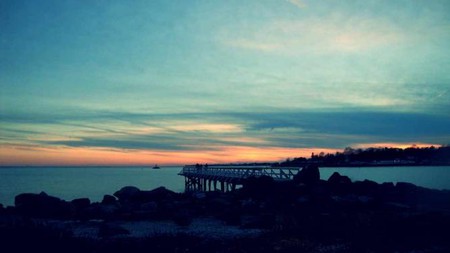 There’s nothing quite like a day at the beach, something which regular visitors to Seaside Park know only too well. This quiet oasis does offer the usual tourist amenities – ample parking away from the beach, on-duty lifeguards – but, blissfully, there are no gift or food stands cluttering the entrance. The lack of congestion from unnecessary vendors and loud noise from partying surfers makes this a heavenly getaway. Spend hours soaking in nothing but warm sun, soft sand and clear water and feel the stresses of the day leave your body.

The Acoustic is everything you’re looking for if you want a slice of Bridgeport nightlife. A bar, nightclub, concert venue and local music hall all rolled into one, the tagline promises that it’s the “best sounding, best looking stage in town” that was built for musicians, by musicians. Every night introduces a new theme, and the musical lineup is only revealed the week before so as to always keep you guessing. When they’re not showcasing local bands and singers, they’re hosting open mic nights for their audience. Almost always filled to brim, The Acoustic is a great experience.

The Discovery Museum is a favorite local attraction for families with children of all ages. If you have younger children, there is a recreational arena where they can play games like basketball. If they’re a little older, you can take them to the Planetarium on the bottom floor or to the Adventure Park ropes course close by. Teenagers will find the live experiments intriguing, kids will jump at the chance to watch their favorite Sesame Street characters star in the Museum’s science shows, and adults will be amazed rediscovering the wonders of science, technology space exploration. A true hit for the whole family.

If you want to awaken the senses in an entirely different way, the Downtown Cabaret Theater is for you. By producing both original performances as well as popular Broadway plays, the Cabaret has earned its status as an archetype of theatrical finesse. Many of its playwright ventures have won awards and its original musicals often draw large crowds of all ages, from young children to adults. The evening line-up is ever-changing, offering fun, upbeat musicals like “Hair” and exhilarating performances like this season’s “Memphis”. Unlike most other theater companies, Cabaret allows you to bring your own snacks and drinks inside too. 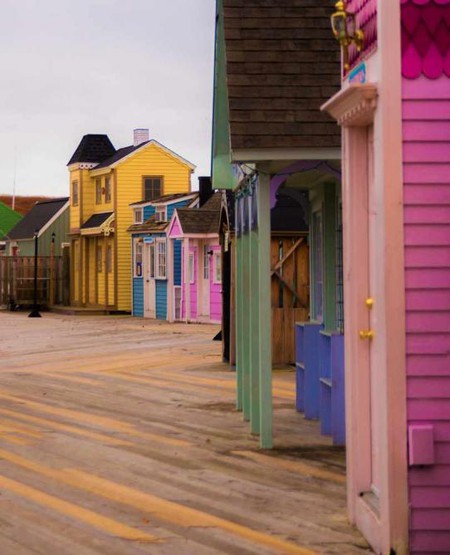 The appeal of Captain’s Cove lies in its colorful array of shops lining the historic Black Rock Harbor. Each storefront boasts a unique, vivid color that helps set it apart from its closely clustered neighbors. There are some fantastic hole-in-the-wall food joints and the summers are alive with the echoes of outdoor concerts, but the real jewel of the marina is the Nantucket lightship. The lightship, which pays homage to the history of American maritime, is a floating lighthouse that punctuates the horizon and is one of the most-photographed sights of the harbor, along with the 400-odd array of sailboats.

Under the patronage of the Housatonic Community College, the Housatonic Museum of Art is home to one of the most comprehensive collections of artwork, including renowned pieces by Picasso, Warhol, Rodin, Matisse and Chagall. It’s not often that such a small museum has such significant possessions in its gallery, and the free public entrance and prime location make it effortlessly accessible to aficionados and novices alike. The museum will also feature original works, lectures, and special programs from time to time, so the best way to stay in the loop is to check the website. 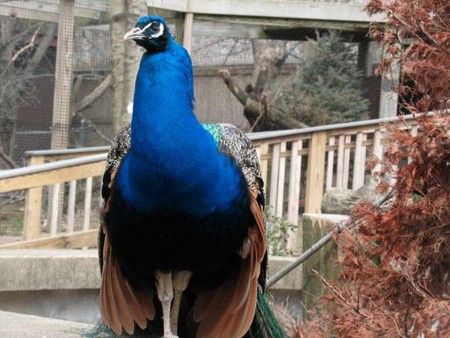 Connecticut’s only accredited zoo, the pint-sized Beardsley Zoo is located in the heart of Bridgeport. At only 36 acres, the Beardsley Zoo is like a park, greenhouse, café and picnic area all in one. The Zoo boasts a carousel and an indoor rainforest, and the exhibits feature numerous animals native to all parts of the world. Some of the species are endangered and are therefore being preserved through the Zoo’s species survival program. It’s easy to wind up spending the whole day here, so grab a picnic basket and your family for a bonding experience like no other.

The Bridgeport Bluefish Baseball Club offers visitors the chance to witness the Bluefish in action on a nearly nightly basis. Whether they’re playing against the Milford Hunters, the Long Island Ducks or the Somerset Patriots, you’ll feel the team spirit coursing through you as you chant along with fellow Bluefish fans. There’s plenty of parking just outside the stadium and there are always leftover seats available for anyone buying last-minute tickets. That being said, tickets can be purchased online for weeks ahead of time, so plan accordingly and get the full baseball experience at the massive Bluefish stadium.

It would be remiss to list the top attractions of Bridgeport without mentioning the Barnum Museum, which memorializes one of the most celebrated and respected circus promoters in the world: P.T. Barnum. Not merely an entrepreneur, Barnum worked as a journalist, museum curator and showman, and even served as the city’s mayor. The eclectic pink windows and rust-colored domes that cap the Barnum Museum hint at the treasures within: a miniature circus, a collection of clown costumes from as early as the 1890s, and personal artifacts that belonged once to Barnum and his equally famous acts: performing dwarf Tom Thumb and Swedish opera singer Jenny Lind.

If you find yourself in Bridgeport on a Thursday, make a beeline for Downtown Thursdays. At no cost to you, Downtown Thursdays hosts outdoor concerts each week to highlight some of the area’s best musicians. You’re encouraged to bring your own chairs and mark your territory as soon as possible – the lawn tends to get packed early on, and the frenetic energy lasts well into the night. Bring your friends or make some new ones, and Thursday will quickly become your favorite day of the week.