Historical Sites Worth a Visit in Connecticut 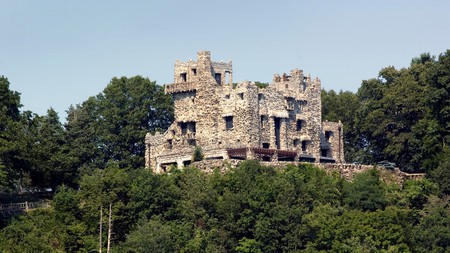 Connecticut is rich in history. Explore its past in a museum inside submarine USS Nautilus, an underground prison in East Granby and America’s oldest continuously operating amusement park in Bristol. 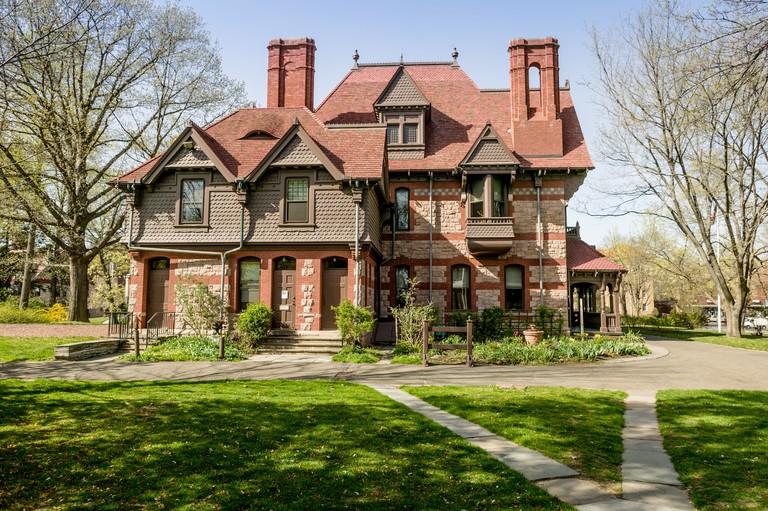 Harriet Beecher Stowe was an activist author best known for her 1852 novel Uncle Tom’s Cabin – the groundbreaking anti-slavery book that exposed the suffering of African-American slaves and had a huge effect on shifting people’s attitudes towards slavery. Stowe lived in the house from 1873 until her passing in 1896. The restored house displays items related to the author, such as furniture, books, manuscripts, fine art and letters. Tours start at the visitor center, located inside the old carriage house. Participants are encouraged to discuss how 19th-century issues still resonate today.

This unusual fortress-like castle is actually a mansion. Located on a 184-acre (74ha) estate overlooking the Connecticut River and built in 1919, it was the eccentric home of actor William Hooker Gillette, who is best known for his portrayal of Sherlock Holmes on stage. Gillette designed the 24-room house, with interesting architectural details such as wooden light switches and intricate carvings. Inside, you’ll also find exhibits about his career and love of trains. Walking trails run through the estate and are just as unusual, with wooden trestles and arched bridges.

Lake Compounce is a theme park, so why is it listed under historical sites? It’s the oldest continuously operating amusement park in North America, having opened in 1846. In addition to a wooden rollercoaster from 1927 and an 1898 carousel, it also has many newer rides, including the multi-award-winning Boulder Dash rollercoaster. Lake Compounce is also home to Connecticut’s largest water park, Crocodile Cove, with water slides and wave pools. It hosts various events throughout the year, such as the Haunted Graveyard at Halloween and Holiday Lights at Christmas. 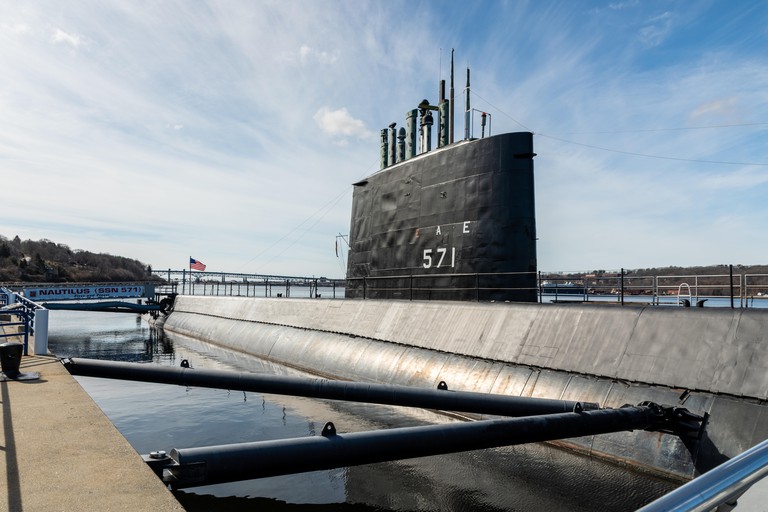 The USS Nautilus was the first nuclear-powered submarine in the world, launched in 1954 by First Lady Mamie Eisenhower, who traditionally smashed a bottle of champagne across the bow. In 1958, it became the first submarine to cross the North Pole on ‘Operation Sunshine’. It was decommissioned in 1980 with over half a million miles steamed. Today, it houses the US Navy’s official submarine museum, complete with artefacts, documents, photographs, a research library, informative films, exhibits and a gift shop.

This site has an unfortunate reputation for failure. Built as a copper mine in 1705, it proved unprofitable and was turned into a prison. The first prisoner, a burglar, was incarcerated in 1773 and promptly escaped 18 days later, with more following by climbing well shafts or sneaking past the guards. The prison was eventually fortified and the living conditions deteriorated, earning it the nickname ‘Hell’. In 1827, it closed, and failed attempts were made to restart the mine. Today, it’s a National Historic Landmark with guided tours. Tickets are available at the Visitor Center. You can also take a self-guided tour of the prison yard.

Opened in 1998, the museum is tribally owned and operated. It highlights the history of the Mashantucket Pequot Tribal Nation in southern New England. It houses 85,000sqft (7,897sqm) of indoor exhibits. You can travel down a simulated glacial crevasse, tour the life-size Pequot Village to observe their daily life and habitats and watch a moving 30-minute film, The Witness, on the Pequot War. The museum also has two libraries, a stone-and-glass observation tower, special exhibits, a gift shop and a cafe that serves Native American cuisine. Tickets are available online.