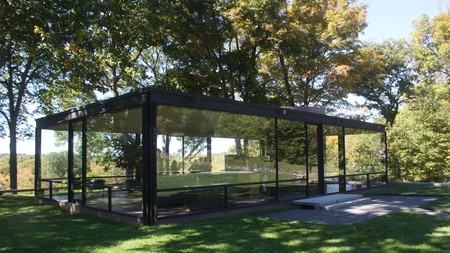 It has been said that people who live in glass houses shouldn’t throw stones, so anyone planning a visit to the Philip Johnson Glass House should leave the rocks behind.

This incredible house, which sits on a 47-acre (19ha) estate, near New Canaan, in Connecticut, was designed by the famous architect Philip Johnson in 1949, who created it to serve as his primary residence. 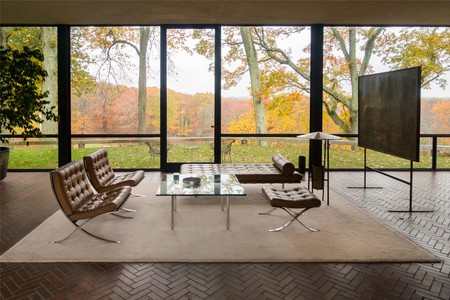 One of the ideas behind a house made entirely of glass is for the landscape outdoors to serve as wallpaper. (“I have very expensive wallpaper,” Johnson once said.) Standing at certain angles outside the house, you can see right through to the other side. The scaffolding of the house is visible, charcoal-painted steel and glass, and the brick floor rises 10in (25cm) off the ground. 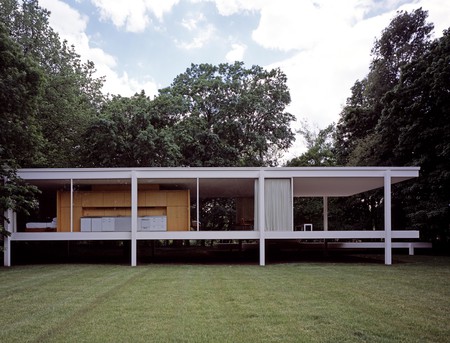 The design of the house was heavily influenced by Mies van der Rohe’s Farnsworth House, which Johnson admired. Both are considered important early works of modern architecture, and both were some of the first to incorporate industrial materials such as glass and steel in residential designs.

The house is not the only structure on the property. There is also a brick house (which served as a guest house) and a painting gallery built into the side of a hill. But the glass house, on the edge of a crest overlooking a pond, is unquestionably the showstopper. 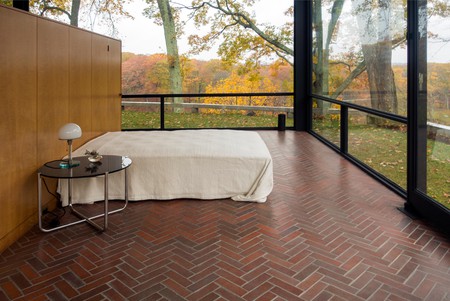 The dining, sleeping and eating areas in the house are all in one glass-enclosed room. Johnson later moved into the brick house and used the glass house strictly for entertaining.

Johnson lived at the house for 58 years with his partner, the art critic and curator David Whitney, who helped design the landscaping (or “expensive wallpaper”) on the property. Today, the National Trust for Historic Preservation owns the house. It was designated as a National Historic Landmark in 1997. 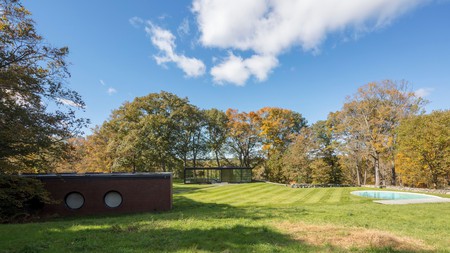 Anyone can visit the house, which is open for tours from spring through late fall. But the most special time to visit may just be during the house’s annual summer picnic when you can see the Glass House as it was meant to be seen – being used.

Planning to visit the Glass House? Check out our selection of bookable hotels nearby: 10 Best Hotels in East Main and Huntington