The 10 Coolest Things to See & Do in Colorado Springs

The Culture Trip rounds up the best things to see and do in Colorado Springs, the nature lover’s haven.

Garden of the Gods is one of the most famous parks in Colorado and is registered as a National Natural Landmark. You’ll see why on the drive there: the 300 foot Sandstone formations tower over anything else in Colorado Springs. The park is very well maintained, with paved bike paths and clearly marked hiking trails. You can even climb the giant Sandstones if you like and become part of one of Colorado’s most photographed views.

Hiking the Seven Falls will be tough, but you’ll be so blown away (and cooled off by) the roaring water that cascades downward all around you. The Seven Falls are between two giant rocks called the Pillars of Hercules, and the path along the way is called Colorado’s Grandest Mile. If simply hiking the falls isn’t enough, sign up for Broadmoor’s Soaring Adventure, a series of zip lines over the falls. 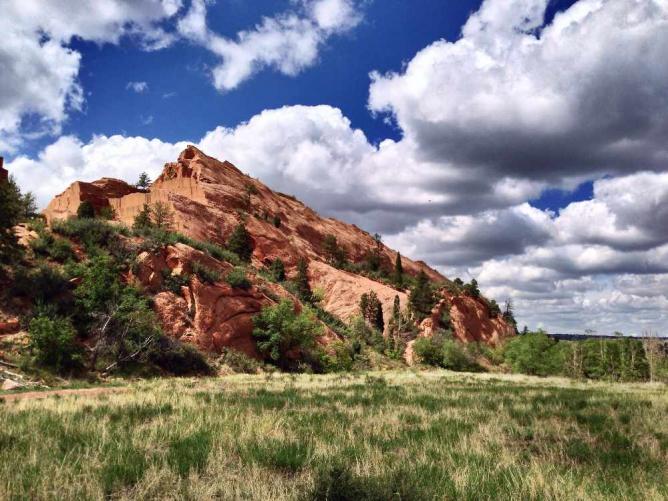 Colorado Springs is home to Glen Eyrie, a Tudor-style castle built by General William Jackson Palmer, the founder of Colorado Springs. Guests can tour the castle during it’s opening hours and enjoy high tea. For those who want to true invest, you can stay at the castle in one of their gorgeous rooms.

Museum
A Creative Commons Image: Feeding Giraffes | mark byzewski/Flickr
The Peterson Air and Space Museum may be Colorado Springs’ most underrated attraction, and it may be because you need special clearance to get in. Getting the clearance isn’t hard, just call 24 hours in advance and you’ll be able to obtain a base pass. Although Colorado’s first air field is quite small, it houses several unique air crafts and offers multiple exhibits on aviation technology and history.

Cheyenne Mountain State Park offers hiking, biking, and wilderness exploration alongside a few more unique activities. Two of the activities that make Cheyenne Mountain different from other parks are Geocaching and Archery. Geocaching is like a natural scavenger hunt, and all you need is a GPS. The archery range is open to anyone and you can purchase a permit for $3.

Park
Palmer Park is similar to the Garden of the Gods in that it is home to large sandstone formations. Because of this, the park tends to be a bit less crowded, so if you aren’t a fan of crowds this may be the place for you. There are also several hiking and biking trails.

Museum
Colorado Springs Pioneers Museum | ©Mariana Wagner/Flickr
Colorado Springs’ Ghost Town Museum was opened in 1954 to chronicle the Gold Rush days of the 1860’s and 70’s. The Ghost Town Museum aims to explain how gold-mining towns would spring up over night and then become abandoned after the gold was gone. If you come during a warmer month, your admission includes a Gold Panning lesson where you can pan for real gold.