Orange County, a county in the U.S state of California is one of the most populated counties in the United States. For this reason there is so much wonderful art, culture and restaurants in Orange County to be appreciated. We curated a list of the County’s top 10 restaurants you should try. 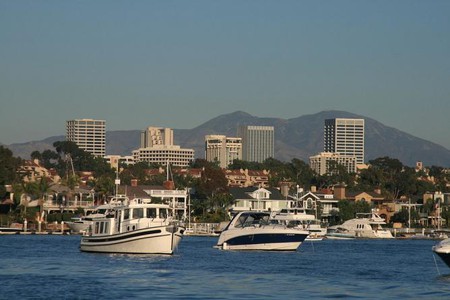 Located in Laguna Beach, Tabu Grill is a open kitchen where guests can watch the chefs creating some of their delicacies. Their menu includes plenty of meat and seafood dishes such as prime ribeye, mero seabass marinated in miso sauce and served with asparagus, as well as seared New England scallops with potato puree and a tangerine beurre blanc. The Tabu Grill is based in a beautiful setting with a ring of exotic plants surrounding the front patio entrance. The restaurant also boasts of seagrass chairs, stonewalls, and dozens of candles making the Tabu Grill feel like an oceanic oasis to indulge yourself in. 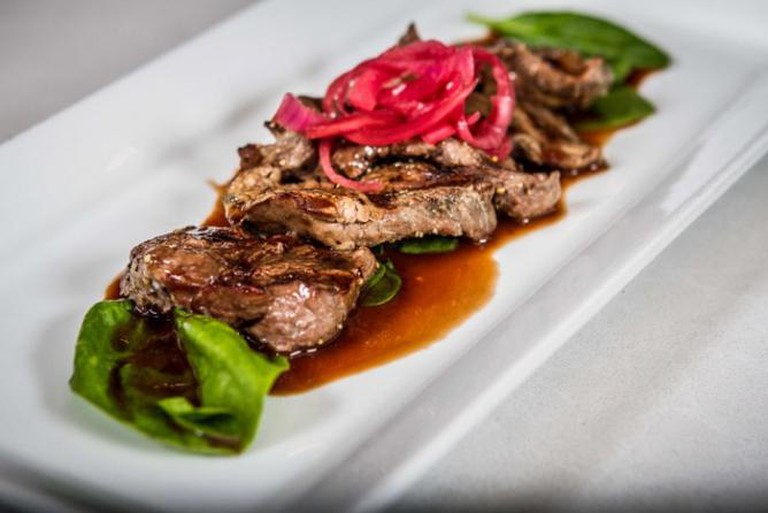 Courtesy of Sealegs
Watermarc Restaurant is a perfect destination if you are looking for a restaurant with views. Located on Pacific Coast Highway, the restaurant has its own patio that opens directly onto Peppertree Lane. Executive chef Marc Cohen is renowned in Orange County for his exceptional cuisine. The restaurant also has a wine list stating over 239 different ways to enjoy wine with food. This can be enjoyed with one of their famous cocktails. The restaurant is open for both lunch and dinner and has been known to be a favorite with a few local celebrities.
Open In Google Maps
448 South Coast Highway, Laguna Beach, California, 92651, USA
+19493766272
Visit Website
Give us feedback

Sealegs, California’s top wine bar and restaurant has won awards such as Best Californian cuisine by Goodie Foodie Awards as well as labeled one of the top 10 restaurants in the O.C by Gayot. Sealegs, located by the beautiful Huntington Beach offers a Hamptons kind of ambiance serving hand picked cheese and wine pairings, as well as tapas and a mixture of Californian and New England dinners. The Sealegs Wine bar houses over 2000 unique bottles as well as an extensive beer collection. World-renowned designer, Kenneth Ussenko, turned Sealegs into a cozy, fireplace lit restaurant with vintage photos and handicraft pieces.

Open since 1981 by the Rothman family, the Original Fish Company has been a valued part of Orange County’s community, winning numerous awards across the years. Vanessa Rothman Travis who has overseen the restaurant for the past 15 years, makes sure the Original Fish Company serve only the finest quality seafood, flown in daily from all over the world. The fish is cooked in view of the whole restaurant on a mesquite broiler, so the guests can have their say on how they like their fish to be prepared. The Original Fish Company take special pride in their oysters, which they serve daily or at their in-house fish market.

The Studio at Montage Hotel

The Montage Hotel in California has a hidden gem in The Studio restaurant. The cuisine of Studio is typically modern French but with Californian influences. The restaurant serves food selected from their region’s fertile valleys, ranches, orchards, farms and ocean waters. All ingredients are hand-selected to meet with the Studio’s high standards. Just outside of the Studio is a beautiful garden where they grow seasonal delights such as fruit trees, berry bushes and own raised planter beds to provide homegrown produce such as pole beans, potatoes and seascape strawberries, as well as herbs such as lavender and chamomile. Studio focuses on the organic and the exceptional.

Winner of a number of awards, Duke’s Huntington Beach provides a Hawaiian seafood menu with surfside views. Serving a range of exceptional cuisine from a Tahitan shrimp cocktail served with grilled papaya, coconut milk, avocado, tomato, and shaved peppers, to sesame hibachi grilled and glazed with hoisin BBQ sauce over udon noodles. Duke’s is named after Duke Paoa Kahanamoku, the ‘father of international surfing’ who was born in 1890 in Honolulu in Hawaii and went on to represent the United States in the Olympics for 20 years, winning his first gold medal at the age of 21. 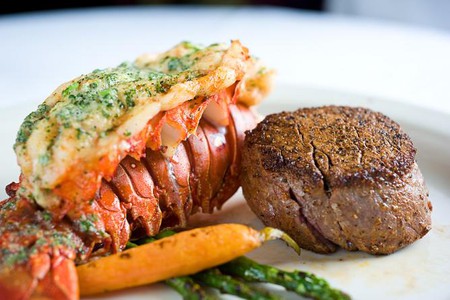 Restaurant, Seafood, American, $$$
Facebook
Email
Twitter
Pinterest
Copy link
Share
Map View
Known as the most romantic restaurant in Orange County, 21 Oceanfront Restaurant is the perfect location to watch the sunset. The Restaurant is based on an old-fashioned dining club located in the historical McFadden building. 21 Oceanfront serves a classic continental selection of fresh fish, seafood and prime meats. The restaurant also has is own extensive private wine cellar. The team at 21 Oceanfront offer live entertainment evenings, happy hour, wine dinners, lobster special evenings as well as a nearby Hotel Dorymons for when those evenings get later than planned.
Open In Google Maps
2100 West Oceanfront, Balboa Peninsula, Newport Beach, California, 92663, USA
+19496732100
Visit Website
Give us feedback

Located just off Newport Beach, Bayside Restaurant looks over the harbour. Award winning Chef Paul Gstrein creates some fabulous lunch and dinner options as well as his popular Champagne Sunday Brunch. The Restaurant is designed so that guests can enjoy their meals outside on a patio that has built in heaters and sun protectors. A particular bonus of the Bayside Restaurant is that it houses its own art exhibit with work that is available to purchase, as well as hosting many jazz evenings.