What Are The Most Eco-Friendly States in America (According To Google)? 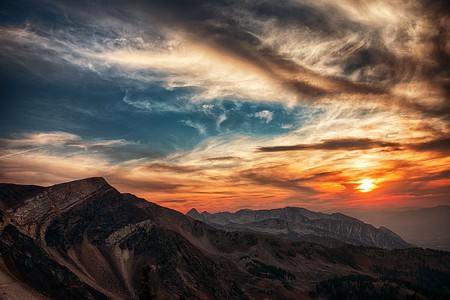 The future of eco-conscious living in the United States is looking up. While it’s a slow climb to complete sustainability, certain states are tackling green initiatives better than others. One company researched the most googled eco-friendly terms by state, and came up with some surprising (and not-so-surprising) results. 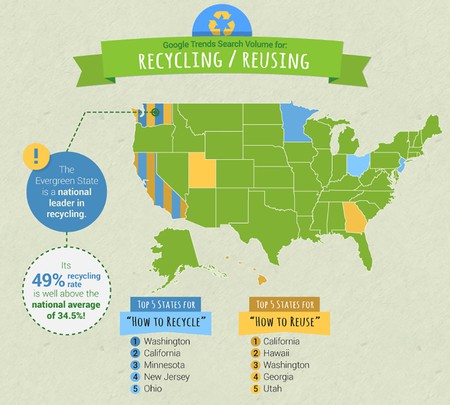 SaveOnEnergy, an energy marketplace, used Google Trends to gauge state-level interest in green practices by searching for the most commonly-used environmentally-friendly phrases, and designed easy-to-read graphic charts that depict their research results.

When it comes to recycling, Washington state takes the lead, with a 49 percent recycling rate (well above the national average), and the state of California follows closely behind as second. While New Jersey is a surprising contender on the same list (coming in at number four in search volume for recycling), the west coast outranks the rest of the country in their environmentally-friendly searches. Boulder Colorado is “aiming to be the the first ‘zero waste’ community in the country,” reports SaveOnEnergy.com, and also takes the number one spot for the search-phrase ‘how to compost’.

Unsurprisingly, California dominates in green initiatives and efficiency, showing up on virtually every list except ‘Wind Power,’ and takes the number one spots for ‘Electric Cars,’ ‘Eco-Friendly,’ and ‘Solar Panels.’ Heather Bailey, editor at SaveOnEnergy.com, says that “California seems to be approaching green living from the top down and the bottom up,” which may be reason why they’re dominating the rankings. 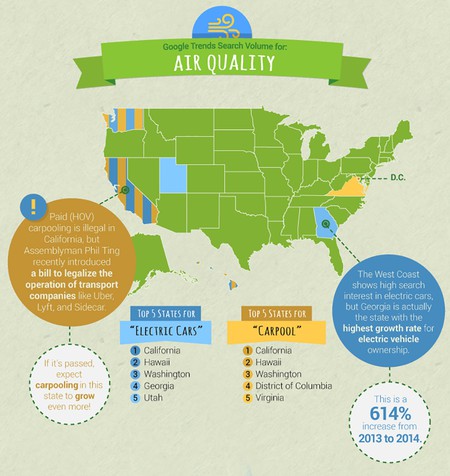 “[California] has several laws in place to encourage people to live more sustainably. Most recently, it banned groceries and retailers from handing out plastic bags. People can buy plastic bags if they want, but this cost will remind them to bring their own reusable bags instead. But there’s also lots of community support for sustainability. For example, more people have installed solar panels in California than any other state,” she tells Culture Trip.

When it comes to sustainable living in the States, there are more resources than ever before, with new and developing technologies making the effort to “go green” easier and more affordable. “Whether it’s more access to recycling bins or cheaper solar phone chargers, people seem more aware of the environment today than they were. Our hope is that in the future, this will only get easier,” Bailey adds.

The responsibility of “going green” doesn’t lie solely with the state or federal government, but starts with community members taking action. These Google Trend searches represent, at the very least, a sense of environmental curiosity, but more-so they show a collective drive for change and desire to protect the planet. Green initiative starts with individual action: “you can simply decide to take shorter showers, buy local ingredients or wash your clothes on cold – none of which take any extra effort beyond the decision to do it. Many people think you have to spend thousands to put solar panels on your roof to go green, but simply being aware of your actions and how they affect the environment can make all the difference in the world,” says Bailey.

Take a look at SaveOnEnergy’s infographic below to see if your state made the cut: