Virgin Galactic Is Edging Towards Tourism in Space 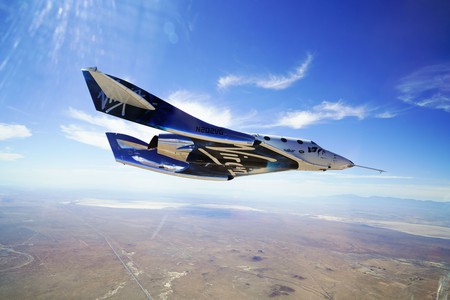 Virgin Galactic is getting closer to its goal of sending customers into space.

Richard Branson’s ambitions to send his patrons on brief trips into space is approaching reality, as his company has successfully passed another landmark on its way to offering tourists a flight off the planet.

Unity didn’t blast off from the ground, but took off from the under the wing of a giant airplane. The carrier plane, known as WhiteKnightTwo, took off from the Mojave Air and Space Port and released Unity at a height of 45,600 feet (13,899 meters). The spacecraft’s engine then ignited and, piloted by two men, reached nearly 22 miles (35,406 meters) above the Earth’s surface and double the speed of sound.

The latest test flight saw Unity’s engine burn for 31 seconds, still way off the 60-second burn it has on a normal flight. For this second test, engineers added more weight to the rear of Unity to work out how much it could handle under supersonic speeds.

Once the engines had burned, the pilots switched the positions of the wings and Unity descended, landing on a runway.

“It was great to see our beautiful spaceship back in the air and to share the moment with the talented team who are taking us, step by step, to space,” Branson said in a statement. The Virgin Group founder went on the say: “Seeing Unity soar upwards at supersonic speeds is inspiring and absolutely breathtaking. We are getting ever closer to realizing our goals.” 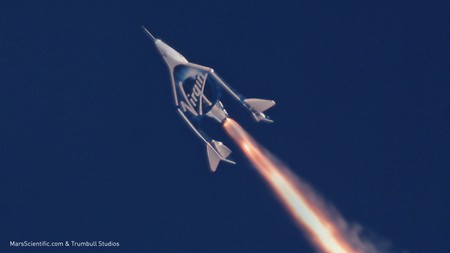 Branson claims that the first flights with customers are months away, not years, but there is still work to be done. This latest flight got only a third of the way towards the Karman line, the accepted boundary between the Earth’s atmosphere and space.

Virgin Galactic has already sold hundreds of tickets—at a staggering $250,000 each—for its first flights into space. The journey will involve a few minutes of weightlessness on the edge of space before heading back to the planet’s surface.

Tourists have been to space before, of course, but only seven in total. The first space tourist was the 60-year-old American businessman Dennis Tito, who reportedly paid $20 million to spend eight days in space, much of it on the International Space Station (ISS). Tito booked his adventure through the space tourism company Space Adventures, which secured him a seat on the Russian spacecraft Soyuz.

The latest civilian to pay to go into space was Cirque du Soleil co-founder Guy Laliberte, who flew to the ISS in 2009. Since then, the crew size on the ISS has doubled, meaning there is no room for tourists. The likes of Virgin Galactic aim to make a cheaper, more accessible path to space. With rocket prices decreasing rapidly, space tourism could be big business in the future.