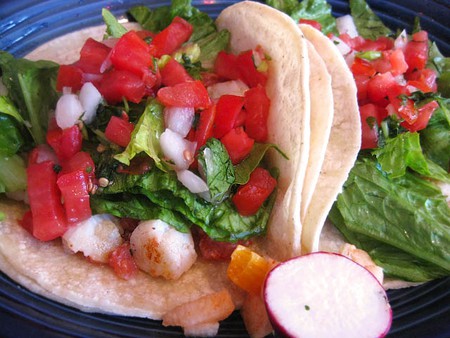 Locals in the area have been calling this district North of the Panhandle for over one hundred years, but it wasn’t until the restaurant NOPA opened up on Divisadero St, just outside the district, that the abbreviation NOPA finally stuck. NOPA is, as its name suggests, located north of the Panhandle from Fell St to Turk St and between Masonic Ave and Divisadero St. The quaint and safe neighborhood has family-run businesses, excellent access to Divisadero Street and other districts nearby, and delicious cuisine. Here is the guide to the best restaurants in NOPA, serving everything from Middle Eastern to Mexican, to barbecue food and more. 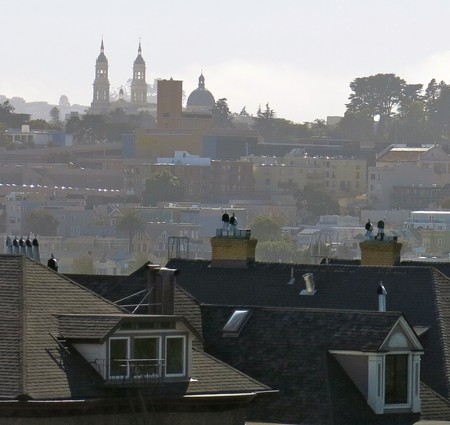 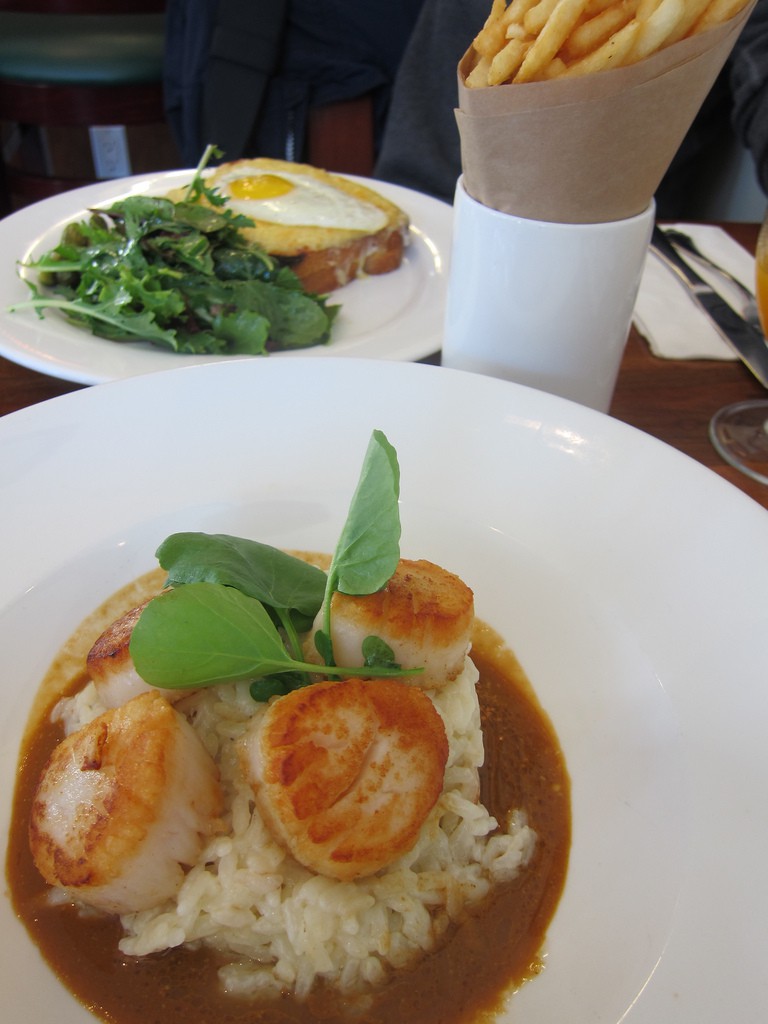 Bistro Central Parc | © Kennejima/Flickr
Bistro Central Parc is a French bistro great for breakfast and brunch on Saturday and Sundays, starting at 10am in the morning. The interior is minimal but still cozy and reservations are highly recommended, but are fairly easy to come by. Bistro Central Parc also has outdoor seating and a seemingly large menu, which includes several dessert items. 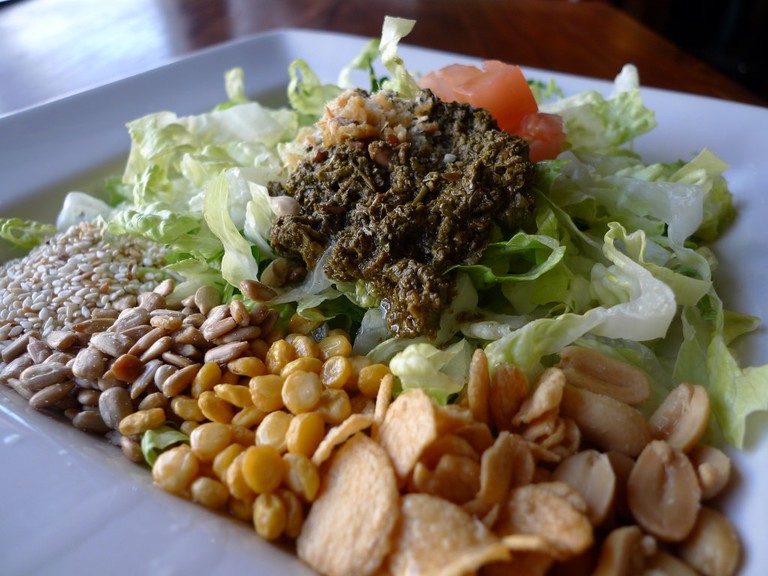 Burma Superstar | © Ron Dollete/Flickr
For a great price on tasty Middle Eastern cuisine, try Jannah. Even though the interior is decorated exquisitely with linen table cloths and a painted sky ceiling, items on the menu are still excellently priced. Jannah also serves both popular and new Middle Eastern dishes such as kuzi and falafel pizza.

Open at 11am every day, Papalote Mexican Grill is the go-to Mexican taqueria in NOPA, especially for University of San Francisco students – the campus is just down the street. The food is filled with fat-free ingredients and Papalote also makes an infamous salsa which customers can purchase with chips or even by the jar.

Bakery, Ice Cream Parlour, Ice Cream, Pastries
Facebook
Email
Twitter
Pinterest
Copy link
Share
Chile Pies & Ice Cream stems from Green Chile Kitchen, talked about below. Their handmade pies can be purchased in full or by the slice, with both sweet and savory pies available. Chile Pies & Ice Cream are also notorious for their pie shakes; their take on a classic milkshake includes milk, ice cream, and a piece of pie. Their signature pie is green chile apple pie which is made with sweet apple and green chile filling, cheddar cheese crust, and walnut streusel. 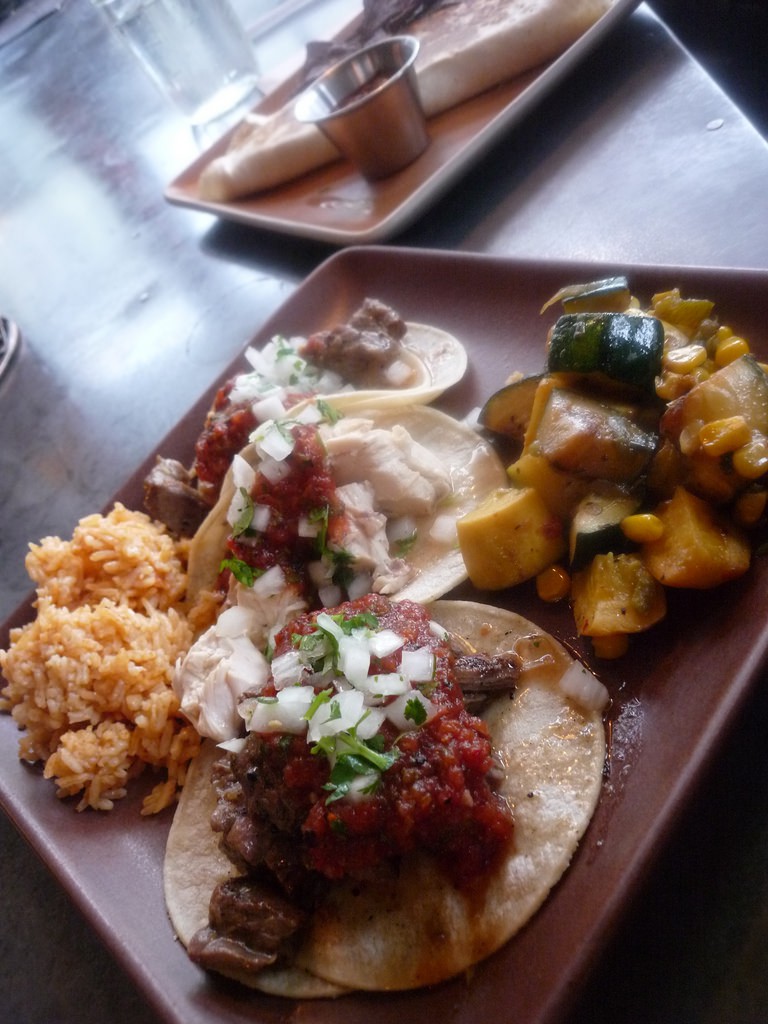 Green Chile Kitchen | © Kennejima/Flickr
Since 2006, Green Chile Kitchen is a New Mexican restaurant serving dishes such as green chile stew, tamales, breakfast burritos, pies, and gluten-free options. The green chile flavor is of high importance in New Mexico and is considered to be a superfood to some; it contains more vitamin C than citrus fruit and is ready for picking before the red chile. Green Chile Kitchen incorporates this delicious ingredient in many of their menu items.

Bar, Restaurant, Contemporary, Sushi, Japanese, $$$
Facebook
Email
Twitter
Pinterest
Copy link
Share
The Japanese sushi bar Ju-Ni recently opened in February of 2016. Dressy attire and reservations are highly recommended here. This restaurant has already become very popular among local sushi lovers. Ju-Ni is contemporary with an upscale and clean interior and a bar that is only open for dinner every day except Sundays. 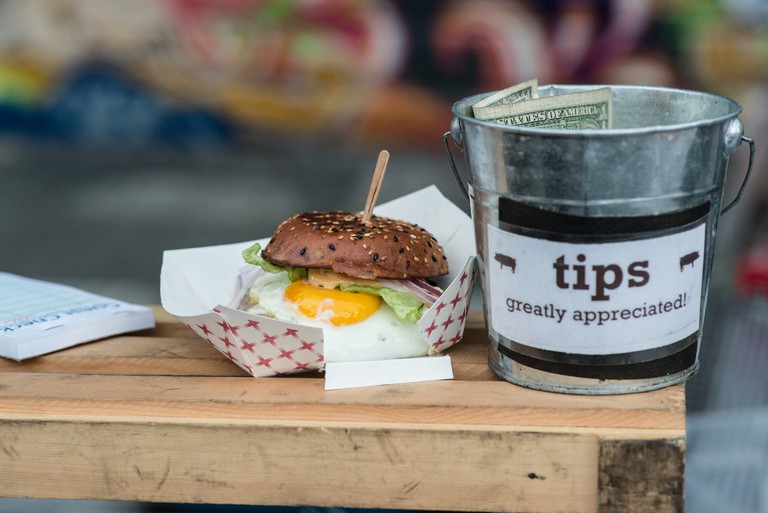 4505 Burgers & BBQ | © Potential Past/Flickr
4505 Burgers & BBQ is a barbecue joint, serving smoked meats such as slow-roasted brisket and smoked whole chicken, sides like spicy fries, burgers, and more. The restaurant has one of the area’s last remaining wood-fired barbecue pits, take out, and a fair amount of patio seating. 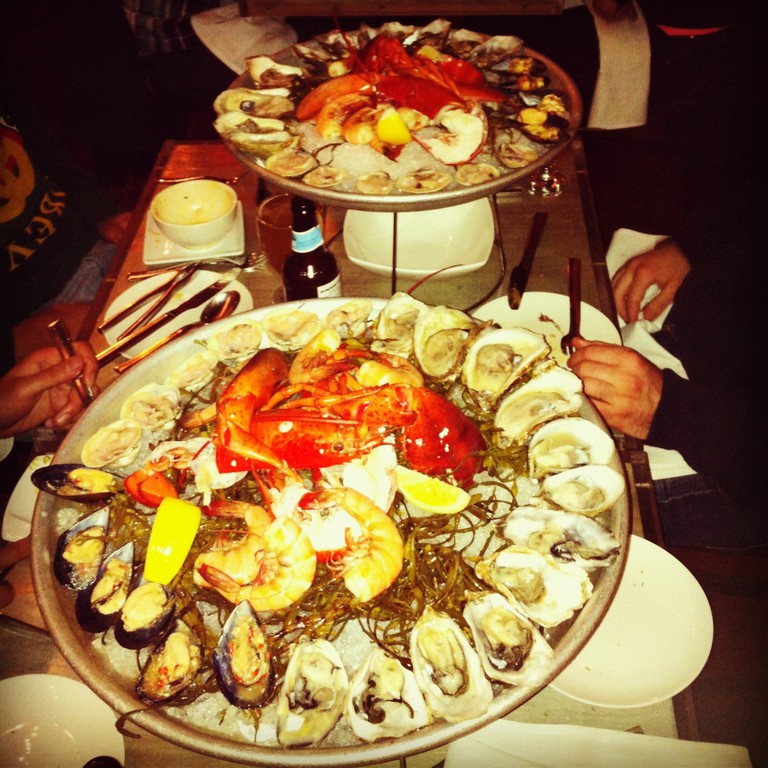 A delicious plate of fresh shellfish from Bar Crudo | © circeberman/Wikipedia
In 2005, Bar Crudo opened with the desire to serve delicious raw fish preparations in a modern setting. Bar Crudo’s ingredients come from local producers and sustainable seafood suppliers, which helps fine-tune their menu. The seafood restaurant has a happy hour food menu from 5pm to 6pm with items such as one dollar oysters, and a long beer list to go with it.

Restaurant, Chinese
Facebook
Email
Twitter
Pinterest
Copy link
Share
Kung Food is a Chinese restaurant with delivery and take-out. The large menu offers Hunan and Mandarin dishes in a clean and minimal setting. The Chinese restaurant also offers modern takes on traditional dishes using high quality ingredients. In addition to this, Kung Food’s service is excellent with a friendly staff.
Give us feedback