Top 10 Films To See This Fall

Fall is movie time, as the summer blockbuster season fades away and production companies release films ahead of the Academy Awards. In preparation of this magical, cinematic time, here are 10 films you should definitely put on your must-see list this fall. 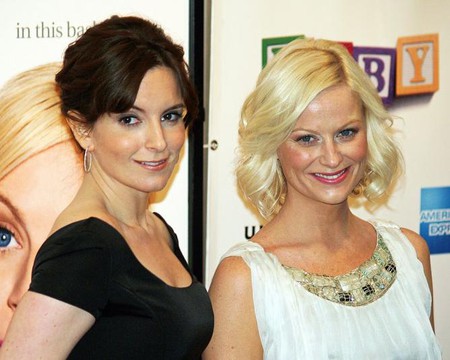 Ridley Scott is back with another sci-fi action film, and the scope of The Martian has it promising to be 2015’s Gravity. In the film, astronaut Mark Watney (Matt Damon) is mistakenly believed dead during a violent storm on Mars and is left behind by his crew. However, he survives the storm and finds himself alone on Mars, left with the challenge of contacting Earth for help. His crew members back on Earth struggle with finding a feasible way to rescue him. The action-filled plot and cast, which includes Jessica Chastain, Kristen Wiig, Kate Mara, Jeff Daniels, and Chiwetel Ejiofor, is sure to impress.

It’s difficult to watch the trailer for Room without feeling some serious emotions. The film is an adaptation of the book by Emma Donaghue, who also wrote the film’s screenplay, about a mother (Brie Larson) and young son (Jacob Tremblay) who are being held captive in a garden shed. After being locked in the shed for seven years, they hatch a plan to escape, but adjusting back to life in the outside world may prove to be difficult. Larson and Tremblay show off some impressive acting chops in the trailer, which hopefully means they will wow us throughout the entirety of the film.

The biopic that everyone has been waiting for, Steve Jobs recounts the story of the Apple CEO. It is based on the authorized biography by Walter Isaacson, and the screenplay was written by Aaron Sorkin, screenwriter for The Social Network, promising a well-written depiction of Jobs. Michael Fassbender stars as Jobs, with Seth Rogen, Kate Winslet, and Jeff Daniels as his costars. Fassbender has the acting chops to pull off Jobs’ cruel genius persona in a biopic that’s sure to garner some Oscar attention.

Having directed Pan’s Labyrinth and the Hellboy films and written for the Hobbit triology, del Toro knows the horror and fantasy genres well, which is why Crimson Peak is bound to be an exceptional film. The eerie story follows young writer Edith Cushing (Mia Wasikowska) as she falls in love and marries Sir Thomas Sharpe (Tom Hiddleston). She then moves into Sharpe’s mysterious mansion to live with his sister (Jessica Chastain), where she discovers the siblings may be hiding some dark secrets. Crimson Peak is a promising addition to the horror genre and is notable in being a horror film featuring strong female characters.

Carol is based on the progressive mid-century novel, The Price of Salt, by Patricia Highsmith. It tells the story of a young department store clerk, Therese (Rooney Mara), who falls in love with an older, married woman named Carol (Cate Blanchett). A relationship, which is sure to be complicated by its setting in 1950’s society, ensues. The film was extremely well received at the Cannes Film Festival, where Mara tied for the Best Actress award for her portrayal of Therese. Between the critical acclaim and the intriguing story line of a lesbian affair in the 1950’s, Carol is a film not to be missed.

Secret In Their Eyes

Secret in Their Eyes is an American remake of an Oscar-winning Argentinian film. Julia Roberts stars as an FBI agent who sets out to investigate a murder, only to discover the victim is her daughter. Roberts and her team, which includes Chiwetel Ejiofor and Nicole Kidman, begin a futile attempt to arrest the killer. After thirteen years of searching, Roberts is fed up and decides to take matters into her own hands. With a story that has already proven successful as a film and a talented cast, Secret in Their Eyes should be a thrilling film. There is one major difference between this version and the original, however. Roberts’ character was rewritten from male to female for this version, but that just allows for some romantic tension to exist between her and Ejiofor’s character, as hinted at in the trailer.

The Danish Girl is based on the novel of the same name by David Ebershoff, which tells a fictionalized story of the real first person to undergo a sex change operation: Lili Elbe. Born Einar Wegener, Lili (Eddie Redmayne) first learns of her desire to be female when she fills in for an absent model for her artist wife Gerda (Alicia Vikander). She then ventures further into the world of womanhood, first dressing as a woman in public and eventually undergoing an experimental sex change operation in 1930. Redmayne’s performance as Lili promises to be as incredible as his portrayal of Steven Hawking, and Vikander appears to hold her own as his companion. The Danish Girl will likely not only end up being significant for its story but also for its actors’ performances.

Macbeth is the latest adaptation of a Shakespearean play, but it may be the adaptation that challenges all adaptations. While Shakespeare’s Macbeth includes doses of magic, plotting, and murder, it appears that Kurzel’s version takes everything up a notch or two. The film follows Macbeth (Michael Fassbender) who, after hearing a prophecy that he will become the king of Scotland, sets out to murder the king and take the throne. The talented Marion Cotillard plays Lady Macbeth, and Elizabeth Debicki and Sean Harris star as the Macduffs. The trailer points to Macbeth as being one of the most intense, action-packed films of the year.

For everyone who tuned into the Golden Globes three years in a row only to watch the dynamic duo of Tina Fey and Amy Poehler, Sisters is the film for you. Fey and Poehler star as two sisters who return to their childhood home, after their parents sell it, to clean out their bedroom. Deciding to celebrate one last night in the house, the sisters throw a huge and hilarious party. With a screenplay by legendary Saturday Night Live writer Paula Pell, Sisters is sure to be a smart and wildly fun time.

From the same director and much of the same cast as Silver Linings Playbook and American Hustle, comes Joy, the story of the inventor of the Miracle Mop. Joy (Jennifer Lawrence) is a struggling single mother whose life changes dramatically after she invents the Miracle Mop and begins building her own business empire. Joy appears to be the perfect character for Lawrence: tough, troubled, yet likable. With Bradley Cooper and Robert De Niro as her costars, the film is sure to be a show-stopping biopic.