Top 10 Things To Do And See In The San Fernando Valley, California 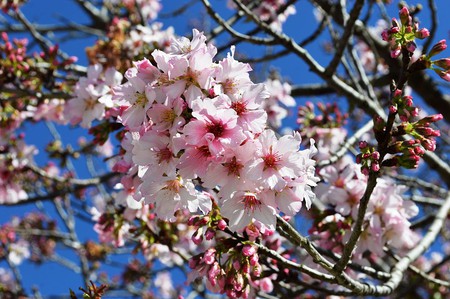 The San Fernando Valley is often overshadowed by Los Angeles landmarks such as Hollywood and Santa Monica. However, the Valley houses beautiful and entertaining spots for exploration and tourism, and is a lot more than a simple suburb.

Amusement Park, Cinema
Facebook
Email
Twitter
Pinterest
Copy link
Share
Map View
If you’re looking for the backbone of Hollywood and television, take a ride to the San Fernando Valley, which houses entertainment giants like the Warner Brothers Studio. Located in Burbank, the Warner Brothers lot is open for tours, allowing fans to see famous sets, such as the iconic Friends Central Perk coffee shop. The tour allows fans to see the inner workings of Warner Bros productions, getting a view of all the hard work that goes into the entertainment industry, and how vital it is to both Los Angeles and the San Fernando Valley.
Open In Google Maps
3400 Warner Boulevard, Warner Bros. Studios, Burbank, California, 91505, USA
+18189778687
Visit Website
Give us feedback
Book Now

Housing an incredible amount of diversity, it’s no wonder that a Thai Temple can be found right in the middle of the suburban Valley. The Buddhist temple is open for visitation and prayers, providing a gorgeous spot for both serenity and an appreciation of the beauty of Thai architecture and culture. On the weekends the temple hosts a food fair in the courtyard, offering visitors a taste of authentic and savory Thai food. 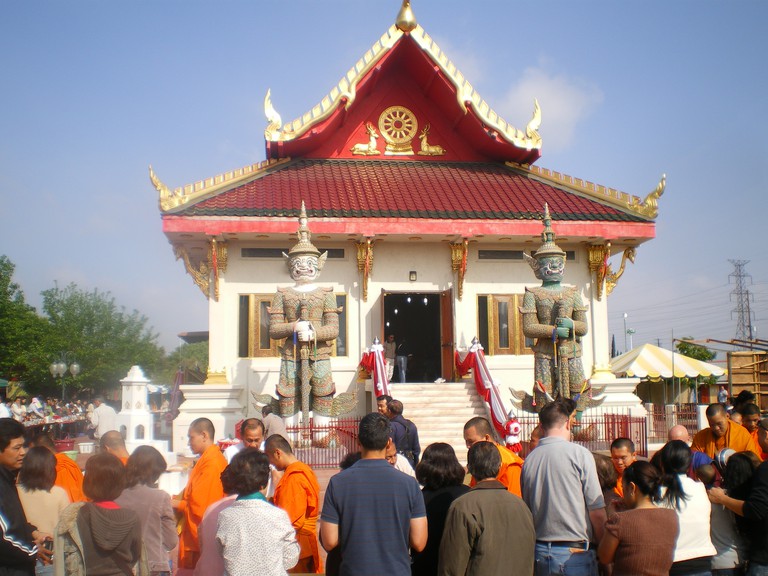 Nestled inside the concrete slabs and urban landscape, Lake Balboa Park reigns as a testament to nature’s beauty. At the heart of the valley lies this gem, a sprawling park with plenty of areas for picnics, walking through endless fields, or just resting on the grass in the shade. A lakeside walkway accompanied by wooden benches and twirling vines make this park the ultimate spot for relaxing during a hot and hectic day. If you’re looking for some fun, enjoy boat rides out on the lake and animal watching, as the park has a variety of wildlife, from ducks and geese to chipmunks and rabbits. In the springtime, vibrant pink radiates from the recently bloomed cherry blossom trees, reminding visitors that a Japanese Garden is available for touring. 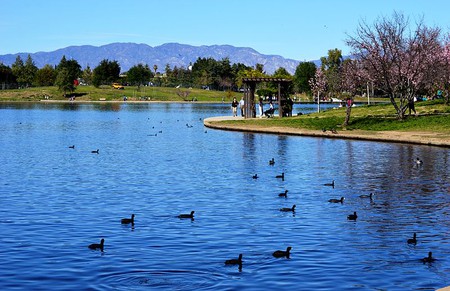 In search of one of Los Angeles’ best Jazz clubs will take you right to the San Fernando Valley, where The Baked Potato has been operating since the 1970s. While the outside may be deceiving, on the inside a passion and love for jazz is unmistakable. The club hosts talented musicians in an intimate setting, where patrons bond over their love of music and potatoes, the menu featuring countless baked potato combinations such as the chicken parmesan potato and the marinated steak with pizziola potato.

Don’t be fooled by the term Hollywood, like many of Los Angeles’ famous entertainment hubs, Universal Studios is in the San Fernando Valley. While theme parks always serve as a major attraction, locals will tell you the best day out is at City Walk, a large walkway of stores and restaurants located just outside the park, and can be accessed for free. Fountains surround both ends of the Walk, with tall buildings such as the Hard Rock Cafe with an accompanying massive guitar sculpture, and a King Kong Replica that hangs off a City Walk sign. If you’re looking for thrills, an indoor skydiving machine makes this one of the fliest destinations in the Valley. 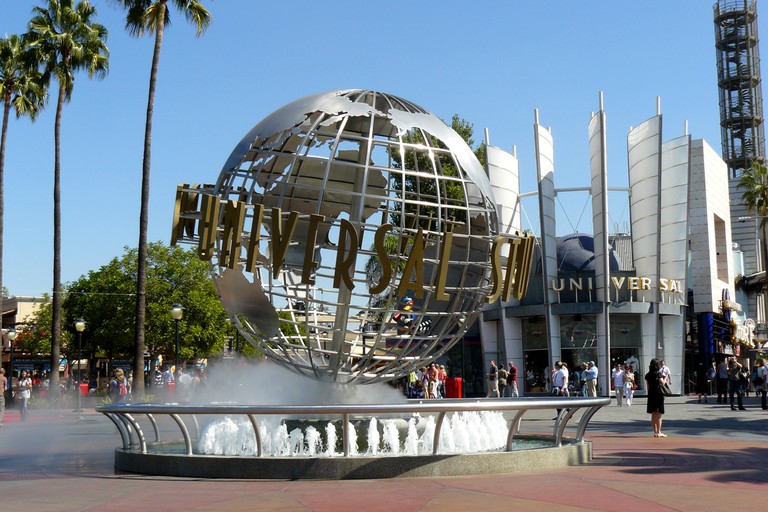 Colloquially known as NoHo, the area was once run down and did not reflect its glamorous namesake. In recent years however, the city has seen a revitalization and restoration in the form of theaters like the El Portal Theatre and The NoHo Arts Center, comedy clubs like the Acme Comedy Theatre, and trendy bars like The Federal. A niche for the valley’s artsy crowd, the area serves as a hot spot of creativity and expression, with bright lights and city entertainment enough to make this area a must see. 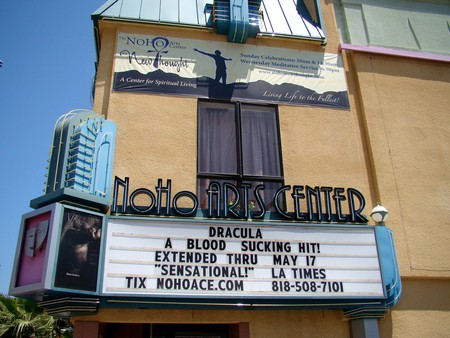 Despite the idea that California does not have historical roots, the mission system that came to serve as the basis for many now developed California cities, many of which took their names from these missions, were founded in the late 1700s. The Mission San Fernando served the same purpose as many of the other missions in California, a spot for the Spanish to convert Native Americans to Catholicism. Today, the mission holds Catholic mass despite secularization from 1834 to 1861 and having been exchanged between three countries: Spain, Mexico, and the United States. Tours are held to introduce visitors to the mission lifestyle and history, with a scenic building and garden courtyard. 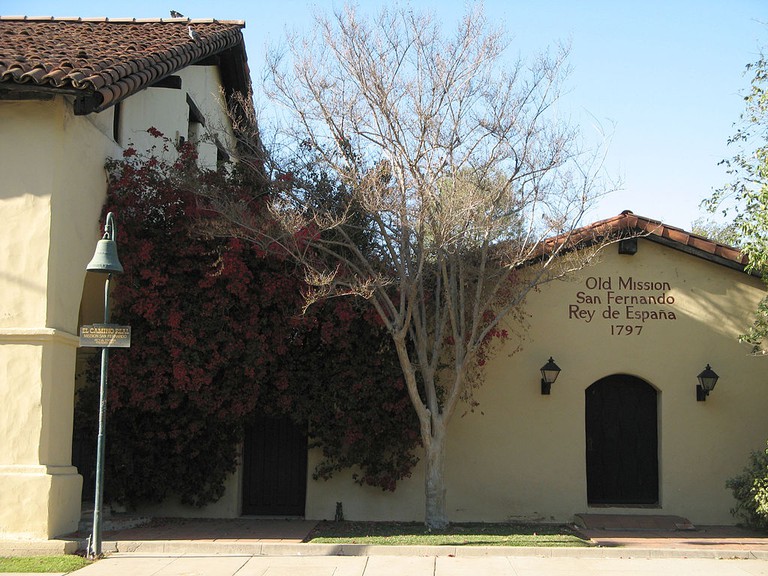 Ventura Boulevard is the downtown of the San Fernando Valley, a shopping and business mecca that runs throughout the southern portion of the Valley. Along this magnificent street lies a variety of shops and specialty restaurants, many of which hold a special place in locals’ hearts, as these popular locations often host hangouts and date nights. However, the real attractions on Ventura are the second hand and vintage shops available. Antique stores like the Sherman Oaks Antique Mall contain numerous treasures of jewelry, clothing, and old school porcelain and glass kitsch products. FreakBeat Records houses both original and new pressings of vinyl, continuously updating their stock. Iguana Vintage Clothing is a two story shop featuring vintage clothing and period costumes for any occasion all year round. Finally, the Psychic Eye features psychic and New Age products spanning two storefronts. On Ventura, there’s a shop for everyone. 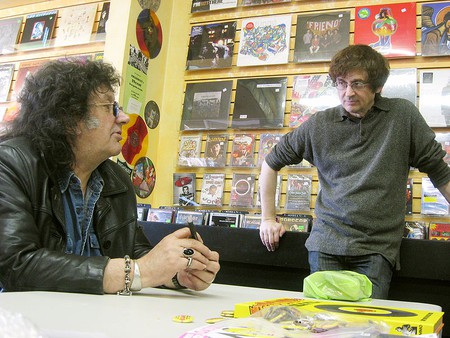 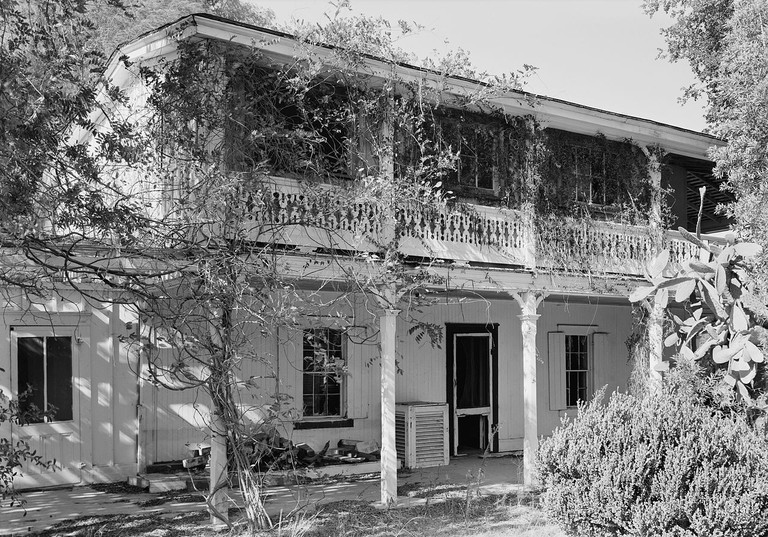 Leonis Adobe in Calabasas | © Jack Boucher/WikiCommons
Another testament to the rich history of Southern California, Leonis Adobe is located at the edge of Calabasas. This museum embodies ranch living in 1800s California, teaching visitors about the lifestyle, décor, farming and food through interactive activities, often in the form of grinding corn and making delicious fresh tortillas and churning butter.
Open In Google Maps
23537 Calabasas Road, Calabasas, California, 91302, USA
+18182226511
Give us feedback

If you’re looking for an old school throwback, the Northridge Skateland has stood the test of time, opening in 1958 and continuing to be a popular hangout and party spot to this day. With a live DJ and loads of arcade games for when you get tired, Skateland provides visitors to experience the fun of a skating rink. Private parties can be booked, but generally Skateland serves as a place where the community can get together and enjoy an active pastime from a generally bygone era. 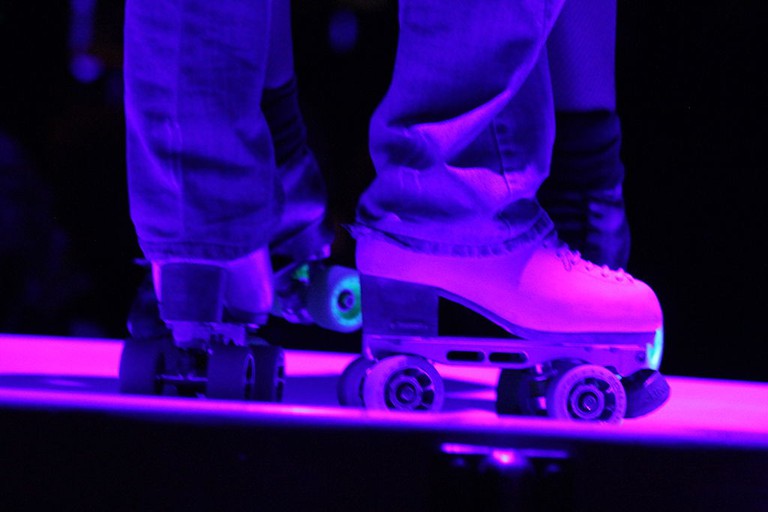