The bar at Harper & Rye © www.peterprato.com
Nob Hill’s watering holes range from sophisticated to shabby, and each one has its own particular appeal. Whether the mood calls for a kitschy-cool tiki joint, a classy San Francisco hotel bar, a taproom brimming with craft beer choices or a sleek lounge pouring inventive cocktails, Nob Hill’s bar scene can quench any thirst.

Bar, Restaurant, French, $$$
The Big Four Restaurant and Bar | © Yukiko Yamamoto/Flickr
The Big Four is a swanky bar located in the Scarlet Huntington Hotel. Surrounded by green leather seating and dark woodwork, it’s easy to imagine sharing the space with San Francisco newsmakers, and the California memorabilia on the walls provides a history lesson to go with your Hemingway daiquiri. Whether it’s a lunchtime drink or a New Year’s Eve celebration, any visit to the Big Four feels like an event. 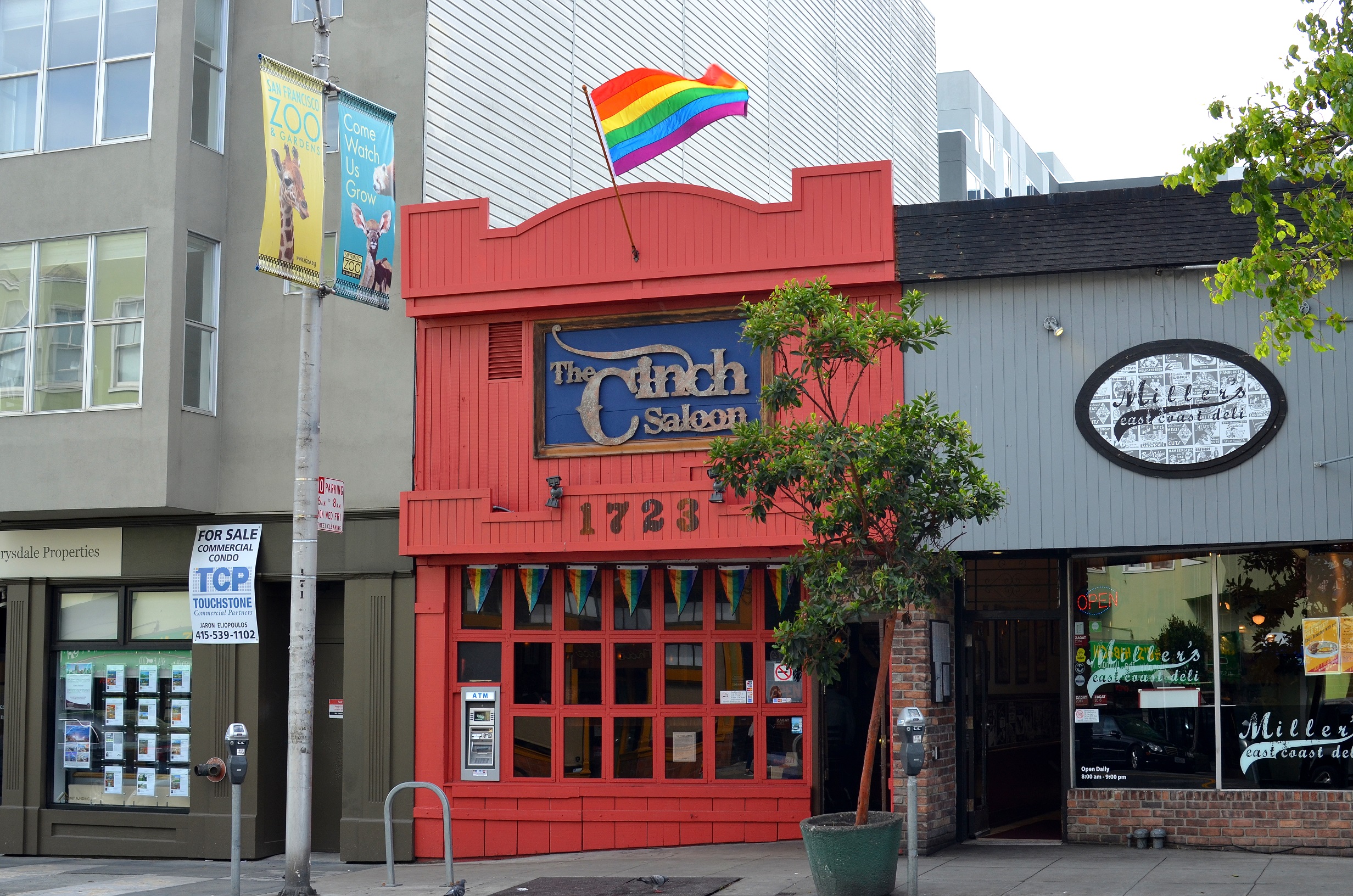 Bar, Restaurant, Cocktail Bar, Pub Grub, $$$
Tonga Room | © Pargon/Flickr
A fixture at the Fairmont San Francisco since 1945, Tonga Room is a world all its own. Dugout canoes hang from the ceiling and dried-grass awnings border the blue lagoon at the center of the dining room. Periodic tropical rainstorms fall into the pool, where a band floats on a thatched barge. After 71 years, the tiki theme that was once new and exotic skews more toward kitsch, but that hasn’t dampened the appeal. Order a mai tai and surrender to the atmosphere.

Bar, American, Pub Grub, $$$
Harper & Rye | © www.peterprato.com
At Harper & Rye the beamed ceilings, herringbone plank floor and industrial railings befit a modern-rustic destination for craft cocktails, and the drinks are just as carefully considered as the decor. Deft use of bitters, herbs and spices adds depth to each concoction, and precisely calibrated recipes keep sweet, spicy and savory notes in balance. As weekend nights get later, the line outside gets longer and the music inside gets louder. Go on a weeknight or early on the weekend to sip and chat in a more relaxed environment. Either way, the drinks will be stellar.
More Info
Open In Google Maps
1695 Polk Street, Polk Gulch, San Francisco, California, 94109, USA
+14155627493
View menu
Visit website
Visit Facebook page
Send an Email
Give us feedback

Cafe, American, $$$
Nook | Courtesy of Nook
The aptly named Nook, at the corner of Hyde and Jackson, pours coffee by day and wine, beer and cocktails by night, and its cafe menu includes tasty options for any hour. There’s a daily happy hour and sangria specials all day on Mondays, making Nook a solid, unfussy neighborhood staple.

Bar, American, $$$
Zeki’s Bar | Courtesy of Courtney Peter
Even without a sign to announce its presence, Zeki’s Bar is an inviting oasis removed from the more heavily trafficked Polk and Hyde streets. Inside, dark blue-gray walls and a fireplace create a cozy vibe. A stuffed pheasant and ram serve as dueling bar mascots, while modern light fixtures provide a counterpoint to the hunting lodge decor. The beverage offerings will please cocktail connoisseurs, beer lovers and wine drinkers.

Bar, Pub Grub, $$$
Hopwater Distribution | Courtesy of Courtney Peter
The San Francisco bar scene guarantees neither space nor food, but Lower Nob Hill’s Hopwater Distribution delivers both. Mingle on the main level or retire to a mini booth on the mezzanine, a perfect spot to catch up with a friend. There’s no table service here. All orders are placed at the bar, where 31 gleaming copper taps pour California beers exclusively. When hunger strikes, a menu featuring tater tots, deviled eggs, salads and sandwiches stands at the ready.

Bar, Gastropub, European, $$$
Upcider | Courtesy of Courtney Peter
Even in wine-crazed California, a state that’s also home to more than 400 breweries, there’s room for an alternative beverage. Sample the fruits of the craft cider craze at Upcider, which opened in 2012 as San Francisco’s first cider bar. A wide variety of domestic offerings, as well as dry, complex varieties from England and Europe, showcases impressive range. Head to this second-floor cider house/gastropub to break out of your beer rut and watch the nightly shenanigans unfold below on Polk Street.

Bar, Pub Grub
Hyde Out | © Tanel Teemusk/Flickr
Locals need groceries, drugstores and laundromats and a dive bar. Hyde Out—or is it the Hydeout? – is just that. The contradictory signs outside make it tough to tell, and the bar doesn’t appear to have a website to settle the issue. However, the people who come here know what they’re going to get: plenty of beer, two levels of seating and absolutely no pretense.