Looking for a place where you’ll want to be a regular, get to see some great live music and get a Whiskey Ginger for $3.50? The Saloon at North Beach in San Francisco is that place… 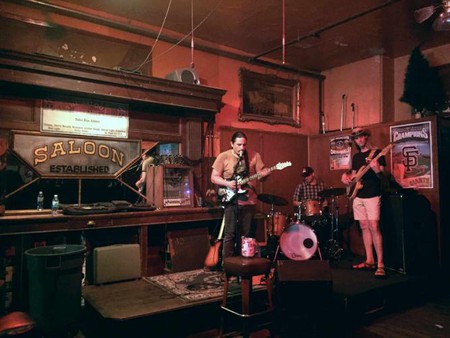 As the oldest bar in San Francisco (it opened in 1861), the Saloon has over 150 years of history to its name, and it sure doesn’t disappoint. The interior resembles the original seen in the bar’s photographs from 1870s, having kept the same classic Saloon signage and wooden architecture. According to local lore, the bar survived the great earthquake of 1906 because of its unusually short wood beams, and also survived the subsequent fires because the fire station in North Beach was in such close proximity. It has also been rumored that the fire trucks were quick to save the hookers that lived upstairs of the Saloon.

Today, this beloved bar is a true dive, with old band posters plastered all over the walls and CASH ONLY emblazoned everywhere. The vibe is relaxed, half full of tourists weary from a day of sightseeing and the other half, San Franciscans who know the best place to watch live music and get a cheap drink. The huge wooden bar is surrounded by black leather covered barstools, and if you sit down on one, you’ll definitely start up a conversation with the people next to you.

Once you get past the bouncer, you enter a long hallway bar that ends at a dance floor and stage. Shane, the bartender, greets patrons with smile and a “whaddya having?” and then follows up shocked customers when he asks for less than $5 for a stiff drink. While no food is served, hungry drinkers would do well to check out the top restaurants nearby. 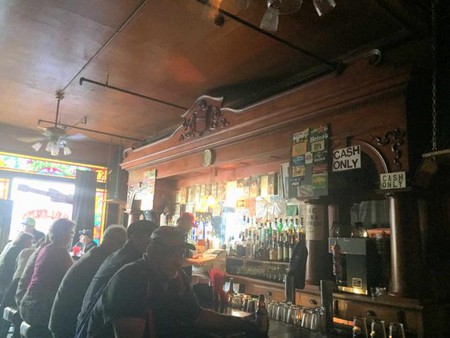 And it gets better; the Saloon hosts live music every night, in particular blues-rock bands. The bands take requests, and get the crowd dancing any time of day, whether it’s 3 pm on a Tuesday or primetime on a Saturday night. In years past, the Saloon hosted several famous blues musicians, including Tommy Castro. Now, most of the bands are local blues/rock groups, such as The Bachelors who perform every Monday night.

The Saloon is owned today by Myron Mu, whose self-proclaimed mission is to keep the blues alive and create a place where talented artists can express themselves and be heard. He has been recognized by the Blues Foundation in Memphis for keeping the Saloon a commercial-free establishment.

Visit the Saloon once and you’ll want to be a regular forever. You might run into an old friend, make a new friend or even catch someone famous. On a prior visit, the bartender announced to the entire bar “You know who that was? The old head coach of the Pittsburgh Steelers!” The crowd all cheered together, bonded and then went back to dancing to the band, T-Rex. 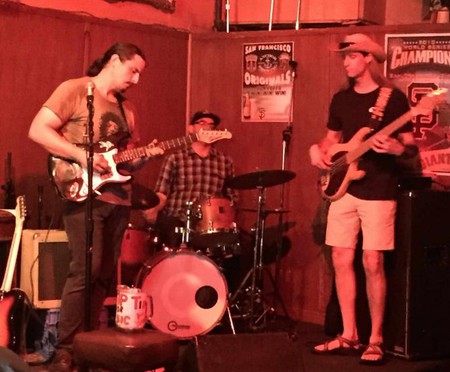 T-Rex performing at the Saloon | © Kelsie Axelrod
Give us feedback