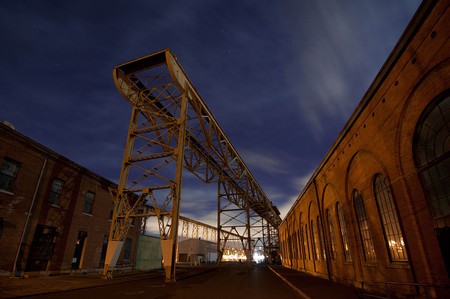 About 25 miles north of San Francisco, in the heart of the San Pablo Bay, sits the once booming Mare Island Naval Shipyard. This dormant reminder of the past was once one of the most important military and commercial shipyards in the entire Pacific seaboard. The shipyard produced over 500 seafaring vessels (including battleships, destroyers, and submarines) and became synonymous with Bay Area craftsmanship and military contributions. Nearly a century ago, a tremendous explosion jolted the Bay Area awake and flung the surrounding areas into a frenzy of wild speculations about what actually happened on July 9th 1917.

A Little Island In The Bay

The history of Mare Island started in 1853 when the United States government purchased the slender, 3.5 miles long peninsula-like island off Vallejo for around $83,000. The U.S. government had a plan for Mare Island and intended to convert it into one of first major Pacific shipyards for the American Navy. The shipyard took a few years to get functioning and it wasn’t until 1859 that the shipyard finally produced its first ship: the USS Saginaw, a Civil War era wooden paddleboat with four deck guns. Throughout its 142 year history, Mare Island has produced a multitude of ships that have run on coal, oil, and nuclear power. The shipyard also was one of the first shipyards to have worked on American carriers. Although the shipyard was eventually closed down in 1996, it still remains an important cultural icon to the people of Vallejo. In 1960, Mare Island was registered as California Historical Landmark 751. 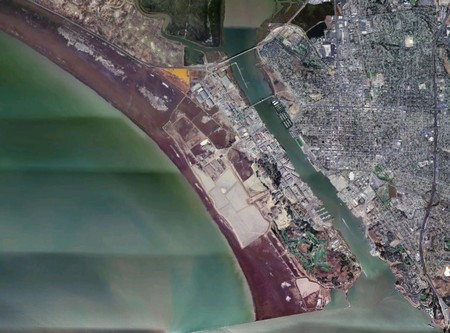 At 7:54am on July 9th, a huge black powder explosion shook Mare Island Naval Shipyard. A large barge carrying wartime munitions spontaneously exploded, killing six people and injuring nearly 38 others. The massive explosion was so large that people nearly a mile away were said to have been knocked down from the powerful shockwave. The list of the dead included Allen S. Mackenzie, Mrs. Allen (unknown first name) Mackenzie, Dorothy Mackenzie (age 12), Mildred (unknown last name, age six), George Stanton and N. C, Damsteadt. The explosion took the entire Bay Area by surprise and quickly forced the government into a huge search for the cause of such a deadly explosion. The result of the search would culminate in the unraveling of one of the original ‘terrorist cells’ to have ever attacked America.

Reports from the scene indicated that the government took the search incredibly seriously and were said to have locked down the entire yard before the embers had died down from the blast. Searching for any possible leads, the government quickly linked the explosion to an incident a few weeks prior, when a Marine sentry stationed at Mare Island had been knocked unconscious by an unknown man who refused to halt and acknowledge himself. Nearly a month after the explosion, Attorney General Thomas Gregory commented that although he had no hard facts to give, he believed an apprehension was most likely going to happen in the near future. Sadly, there aren’t many records detailing the actual search but we do know this was not the first time an event like this happened on American soil. On July 30th 1916, an extremely similar munitions explosion rocked Black Tom Island in Jersey City. The act killed seven people and signaled an important change in American feelings about the violent war occurring in Europe. Until then, the American people were only supporting the Allies with food, munitions and arms. President Woodrow Wilson had vowed in 1915 that America would stay out of the war in Europe and many Americans felt satisfied with staying isolated. But events like the Black Tom explosion quickly made the average American feel much vulnerable and invested in the war raging across the Atlantic. 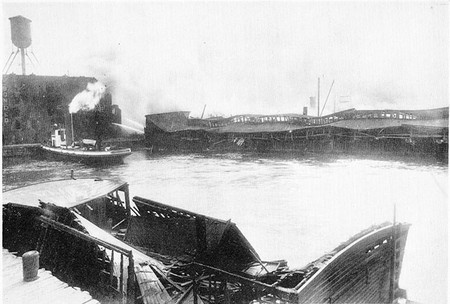 One of the first major theories that the American government had about the explosion was that German spies had sabotaged the black powder so that it would explode and destroy munitions meant for the western front. United States District Attorney J. W. Preston of San Francisco made the following statement to the press: ‘I have been awake to the danger for some time of spies at work in San Francisco. I contend that every citizen should be on guard constantly against them . . . It is hard for the American public to realize that there are agents of the German government in their midst; but it is a fact that there has been and is an amazing display of intrigue at the expense of the law and hospitality of the United States.’ The theory that German spies were living and working in America had seemed like an impossible myth to most citizens of the Bay Area. But the ensuing sabotage and investigation at Mare Island quickly changed people’s minds in the surrounding areas. After much deliberation and investigation, the government finally believed that they had found their man in Lothar Witzke, a purported German spy who jumped ship in San Francisco in 1916 and was believed to have been involved in both the Mare Island and Black Tom Explosion. Double agents of the U.S. Military Intelligence Corps supposedly pinned the sabotage on him and he was arrested near the Mexican border in 1918. 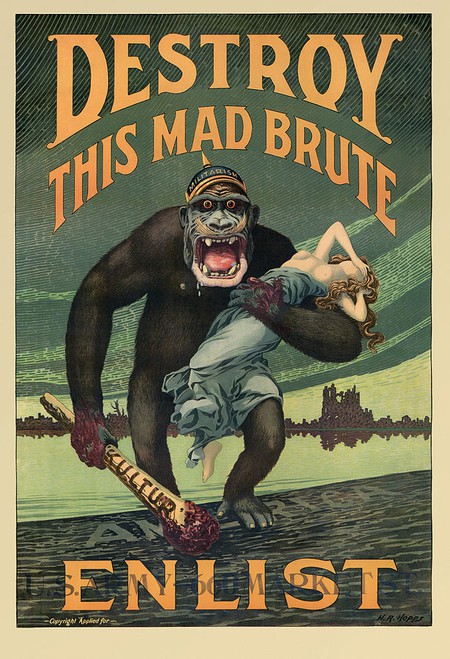 The American home front in World War One was an extremely frightening and dangerous place for German Americans across the nation. Despite having an extremely large and active population at the time, they constantly faced countless acts of harassment, assault and xenophobia. American-Germans were often seen as too sympathetic to Imperial Germany and many were arrested over fears that they were German spies. Street names were changed from traditional German names to more conservative Anglo-Saxon titles. Sauerkraut became ‘Liberty Cabbage’. German measles became ‘Liberty Measles’. Hamburgers became ‘Liberty Sandwiches’. Dachshunds became ‘Liberty Pups’. Anything associated with Germany was frowned upon and the average German-American lost considerable rights under the Espionage Act of 1917. The hysteria over Anti-German sentiment even went so far that German-American Robert Prager was lynched in 1918 due to him supposedly holding ‘socialist beliefs’. 12 Americans were arrested for the crime but all were eventually acquitted.

After much investigation, it was revealed that there was indeed a massive conspiracy by the Imperial German government to sabotage American munitions and goods. Strangely enough, the Germans had even propositioned the government of Mexico to invade mainland America and start a German backed state. Lothar Witzke was held in American captivity until 1932 when he was pardoned by President Calvin Coolidge and deported back to Germany where he received an Iron Cross. And it wasn’t until the fall of the Berlin Wall in the 1990s that German-American relations finally started to repair themselves. Although the sabotage and explosion at Mare Island was a relatively minor moment in American history, it still stands as an important and defining moment in the history of the Bay Area.
By Edmund ‘Ned’ Cogswell