The History Of Pop Music In 5 Defining Decades 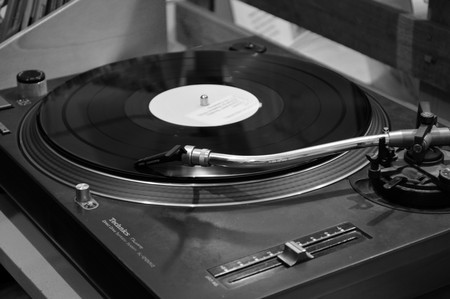 Originally consisting of whatever was popular music at the time, pop music has grown into its own ever-evolving genre. Some believe the pop music genre to be shallow, with simple songs about nothing more than partying, drinking, and sex. But the genre has always been so much more—it’s the melting pot of music, a place where sounds of all sorts have been blended together, connected by the melody and structure of traditional pop. And its eclectic sound has not shied away from tackling topics, like love and loss and life—the emotions that sit at the heart of every kind of music.

It began in the age of rock ‘n roll. In the ’50s, the music of the previous decades—including swing music and crooning vocals—was being replaced. Rock was growing, and at the same time as it did, the beginning of true pop music was growing too, out of the creations of producer Mitch Miller. Miller worked at the most successful label of the time, Columbia Records, and he working with the label’s big artists to create a sound that was not confined to one simple genre. He was combining country, blues, and folk music with the mainstream rock sounds that everyone was listening to, and the result was something that took the focus away from the large, sweeping orchestras of the previous decades, and placed it on the emotion of the music, evident in the sounds of artists like Johnnie Ray, Frankie Laine, and Guy Mitchell — all of whom worked with Mitch Miller. This decade was also one of celebration for Elvis Presley, who came around in 1953, and whose songs, like “Hound Dog” were some of the most loved of the time.

Through its beginning, pop had been characterized by its largely teen fan base, and in the ‘60s, when the portable radio was introduced, it became even easier for teens to take their tunes wherever they went. Pop was traveling, and picking up influences — from the beaches of California, bands like the Beach Boys were taking the harmonies from traditional pop songs and layering them with the “surf rock” rhythm that they became known for. But the true driving force of pop in the ‘60s came from across the Atlantic, with Beatlemania and the British Invasion into the American charts. The British Invasion brought rock and pop music and bands to the U.S., where they became wildly popular. The Beatles were among these acts, and their mix of beat, rock, and pop ballads immediately took over American pop charts. Other bands that took part in this invasion included the English pop rock group, The Dave Clark Five. Their single, “Over and Over” was number one on American charts in 1965, beating out the Beatles. Through all of this, the pop genre was forming into something not solely defined by the American solo-pop artists of the previous decade. Now, bands were introduced into the fray, and pop was splitting into sub-genres that included Bubblegum pop—defined by its upbeat sound and its direct aim at teen audiences—and Baroque pop, which blended pop and rock and baroque music together.

Those subgenres of pop began towards the end of the ‘60s, but died out in the ’70s. In their place came the subgenre of power pop, a mix of punk rock and pop, defined by bands like the Romantics, and Cheap Trick. At the same time, country pop was emerging, which stemmed from country artists’ attempts to reach a more mainstream audience. Suddenly, the hooks and melodies of pop were intertwining with the twang and drawl of country music. But the biggest thing the ‘70s did for pop music came in the form of a pop-rock sound: this was the beginning of the era of the Jackson 5, Elton John, and Queen. Elton John, with his repertoire of diverse sounds ranging from pop ballads to arena rock songs, became one of the biggest pop stars of the time. “Bennie and the Jets” and “Don’t Go Breaking My Heart” are regarded today as musical classics. Meanwhile, Queen was venturing from their hard rock song into the arena rock and pop rock that was so popular on the radio at the time, and the Jackson 5 was becoming a pop phenomenon with their own hit singles, like “I Want You Back” and “ABC”.

Digital recording became huge in the ‘80s, and the possibilities it offered allowed pop music to grow even more. Suddenly, synthesizers and electronic sounds could be put into pop music, and as this kind of dance-pop developed, so did genres like techno. And the artists who emerged in these years were revolutionary for pop—Michael Jackson’s Thriller is still the best-selling album of all time. Jackson was becoming the biggest pop star of the decade, followed closely by Prince, who had his own pop stardom to claim. His music, which pulled from pop, rock, funk, and so much more, coupled with his extravagant and flamboyant presence catapulted him into a spotlight never truly faded away. Female pop powerhouses were also coming into play, like Whitney Houston and Madonna. The latter became the most successful female artist of the decade, with songs like “Like A Virgin”. The ‘80s was creating a pop-music culture like no other decade had before it, a culture that would carry through in the decades to come.

While the ‘90s saw pop continuing much as it had been in the past, what it introduced to the genre was girl groups. The decade saw the British Girl group, The Spice Girls, emerge into the American market and become the most commercially successful British Group in North America since the Beatles. They were also the most successful female-pop group, and one of the most successful pop-groups ever, with their single “Spice Up Your Life”. The next ten years would see teen pop groups and singers pop up all over the charts, including the Backstreet Boys with “Quit Playing Games (With My Heart)”, and Britney Spears with “Baby One More Time” — one of the best-selling singles of all time.

By the 2000s, pop was a genre with endless roads for artists to travel down, each with its own flair and twist to the classic traditions of pop music. Teen pop was existing in the music of Britney Spears and Christina Aguilera; pop rock and power pop were making a comeback in the sounds of Blink 182’s “All the Small Things”, opening up a gate for the musicians that would come to be pivotal within the pop-punk genre, like Simple Plan and Fall Out Boy. Towards the end of the first decade of the 2000s, pop was again being influenced with hip hop and R&B sounds through Rihanna’s music, and electronic sounds made themselves known in Lady Gaga’s sounds from her album, Poker Face, which went on to win two Grammys. Pop music had become an electric melting pot of subgenres and sounds that all shared the common tropes of a pop song.

Pop has become so much more than a catchy melody and repeated verses—it’s a representation of the way music and musical trends has evolved throughout the years, gathering up sounds that shouldn’t have worked together, but did, and did so in a way that was immensely loved. Today, pop music is as diverse and rich as it is because of the influences on its evolution. Pop is a complicated, wondrous genre of music where the possibilities feel endless, and the sounds feel like all of your favorites coming home to play.