The Evolution of Haight-Ashbury and the Grateful Dead

Before San Francisco’s Haight-Ashbury neighborhood became a popular tourist attraction, it was a little-known creative refuge for musicians, painters, and writers who had escaped their lackluster communities in favor of the Haight’s cheap eats and even cheaper rents. It was where the main focus was not on making money but instead on making art, man. And the iconic hippie band the Grateful Dead were as much a part of Haight-Ashbury’s cultural scene as anybody else. 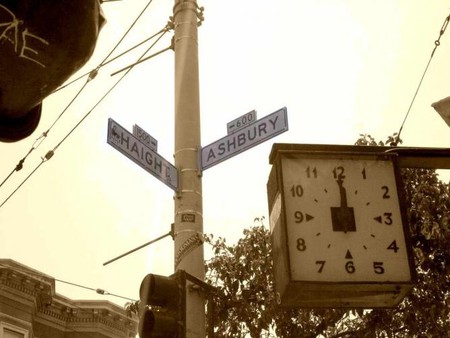 “Before the Summer of Love, the Haight-Ashbury was a youth ghetto where the students who went to San Francisco State all stayed,” recalls Bob Weir, singer, songwriter, guitarist, and founding member of The Grateful Dead, who was only 19 years old at the time. “It was a low-rent area where kids would flock to, and there were lots of artists and musicians and writers. It was a really fun place. The horizons were totally limitless.”

Up until the mid 1960s, the more popular neighborhood was across the city, in San Francisco’s North Beach. It was filled with the kind of dives and coffeehouses that were commonplace in those days—establishments that played jazz all night while beatniks, goateed and uniformed in black, huddled in groups and talked philosophy between drags of their brown Dunhills.

During a time of widespread national discontent, American youths were at odds with the government and resentful of their country’s role in the Vietnam War. They wanted to stand up against the government. They wanted to challenge social norms. Perhaps most of all, they wanted to listen to good music that reflected their ideas and sensibility.

Haight-Ashbury became the epicenter of this new and exciting counterculture. By the end of 1966, the streets were full of people dressed in brightly colored clothes (once deemed outrageous costumes), with long beaded necklaces, velvet vests, and feathered hats. It was a culture created by spirited, freethinking radicals that longed for social activism, peace, and the opportunity to march barefoot in the streets to the beat of love and freedom.

Or, more accurately—to the beat of The Grateful Dead. 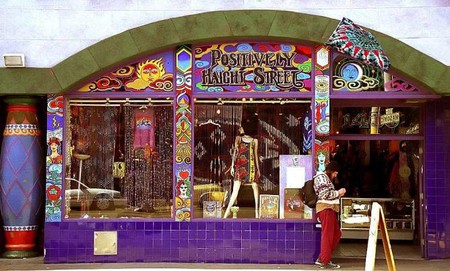 The Dead, now synonymous with Haight-Ashbury, were then just a small time band with a humble hometown following. They played for free in small venues around the city and house parties hosted by Ken Kesey, author of One Flew Over the Cuckoo’s Nest. Members of the Grateful Dead weren’t interested in fame. They were only interested in scraping together enough money to pay for the rent of their shared 710 Ashbury Street apartment so they could continue to jam.

According to Weir, “The Dead built up a following of obsessive devotees, partially due to its original approach to music and partially due to the caché of cool the band had by being associated with author and LSD guru Ken Kesey and his Merry Pranksters. By 1966, The Dead had become the house band for Kesey’s psychedelic parties, known as the Acid Tests; it was there they established the long, improvisational jams that would become central to their music.”

By 1967, news of the mecca that had been created in the Haight-Ashbury spread across the nation. Bearded men in rose-colored glasses and women with long patterned skirts that twirled when they danced came to take part in the cultural revolution that was coined The Summer of Love. If music had become the new gospel, then Haight-Ashbury had become the church and Jerry Garcia, the patriarch of The Grateful Dead, the guru.

“It was like stepping into a dream,” Weir says of the event. “It was a fairly spectacular dream, but it was sort of slow motion. Everything was there just like everybody expected it — all the big stars, all the excitement.” 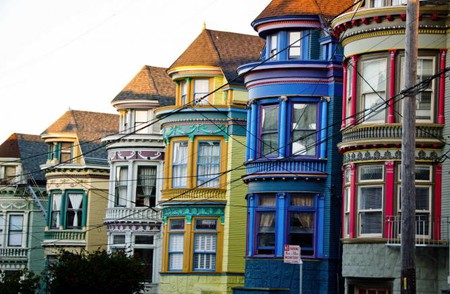 Haight-Ashbury evolved from a small artists’ community into an internationally recognized landmark, and the once small time band, The Grateful Dead, would forever be known as legends.

Haight Street continues to attract people nostalgic for a time when two fingers waving for peace and discussions on the transcendent quality of LSD were common fodder, but they find only remnants of what the neighborhood used to be. Souvenir stores and head shops that glorify the era and boast tie-dyed memorabilia now rest between new stores and expensive restaurants for foodies to blog about.

And yet still, the Haight, with its colorful and ornate Victorians, evokes a sense that peace, love, and music were all anybody was talking about at one time in our nation’s history. On the sidewalks, young people with dreadlocks and ripped pants are still gathered. They continue to escape to this city, nearly sixty years later, as if they can still hear something the rest of us do not.

Perhaps if we listened hard enough, underneath the clapping of tourists’ feet and the swinging doors of the trendy boutiques, we could hear the faint strum of Jerry’s guitar still jamming for all of his fans.

JP McMonagle is a freelance writer, coach, and author of an upcoming memoir. For further examples of his work or to inquire about his writing services please visit his website On The Ledge at jpmcmonagle.com.