The Beat Museum: An Afternoon With Kerouac & Ginsberg 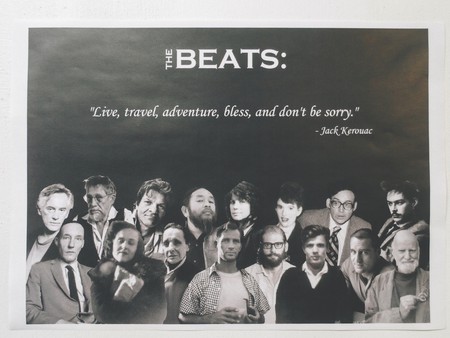 What do Jimmy Page, Patti Smith, Kristen Stewart, and Van Morrison have in common? They all visited The Beat Museum and gazed upon photographs, first editions, memorabilia, and personal items of Beat writers like Jack Kerouac and Allen Ginsberg. In North Beach, just a stone’s throw away from the center of the Beat era — City Lights Booksellers & Publishers — you can find the origins of this generation that shaped the country’s values and worldviews.

A bathtub full of books, a big print of the most famous writers of the Beat period (a brotherly picture of Jack Kerouac and Neal Cassady), and banned poems and stories welcome tourists and locals alike to this colorful and informative museum. “The writer’s collective of the Beat Generation influenced world culture,” Jerry Cimino passionately explains. Jerry is the owner of The Beat Museum and is happy to share this history and the importance of the Beat era with anyone who strolls in. He started the museum in 2003 in Monterey, California, just by means of his own personal collections, to see if people were actually interested in learning about the Beat Generation. They were, and soon after, he knew he had to move to the center of the 1950s Beat era: San Francisco, preferably as close to City Lights as possible. Well, you can’t get much closer, and in 2006, The Beat Museum made its debut in North Beach, right across from City Lights Booksellers & Publishers. 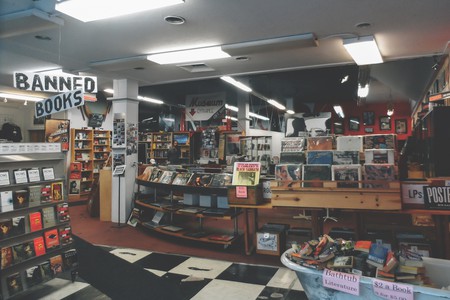 A short brush-up on Beat history for dummies: The Beat period bloomed after World War II, with a turning point in thinking and values quickly coming about. It was the literary counterculture of the 1950s. Essentially, the Beats were a group of friends consisting of Jack Kerouac, Allen Ginsberg, Neal Cassady, and William S. Burroughs, among others. With Ginsberg’s famous but controversial poem ‘Howl,’ the group started to make a change in American culture and literature, especially in liberalizing publishing in the U.S. The Beat values truly became San Francisco values, with the focus on inclusion and embracing anyone without judgment. The Beat stances on race, gender, LGBT, and environmental issues in particular were important and novel for the time.

They were the among the first to introduce Buddhism, Hinduism, and the concept of Zen to mainstream audiences and apply it to their own lifestyle. This is apparent in Kerouac’s The Dharma Bums. Fun fact: The Beatles changed their name from ‘The Beetles’ to ‘The Beatles’ because of the Beat writers and how the Beatles were inspired by their values, literature, and lifestyle. The values and themes important to the Beats naturally flowed into the Hippie movement of the ’60s; Ken Kesey and Neal Cassady were the prominent bridge between the two generations. Major Beat works include On the Road (Jack Kerouac) and Naked Lunch (William S. Burroughs). 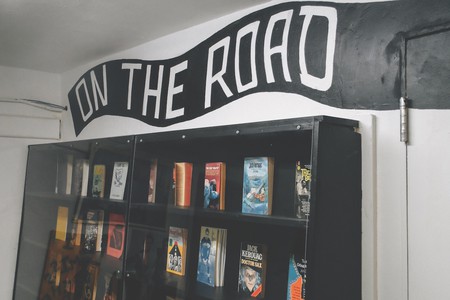 Even though The Beat Museum is a small monument for such an important piece of counterculture in American history, it has much information, written by hand or typed to give it a homemade style that fits the spirit of the Beats perfectly. It is fun, informal, yet informative and interactive. Most of the items on display are donated by people who want to support the museum, so the collection keeps growing. It even has the car used in the 2012 movie On the Road, based on the Jack Kerouac novel. The different sections in the museum also highlight the women in Beat history, the importance of City Lights Books, and how the Beats influenced the subsequent Hippie movement. The tiny cinema with red, velvety chairs shows short clips concerning the Beat writers, their work, and the city of San Francisco during the time. 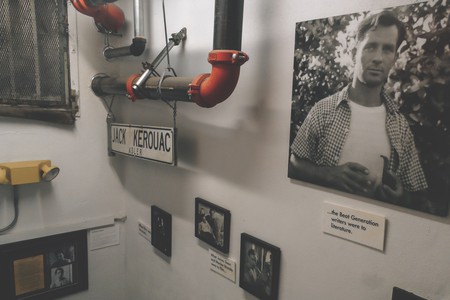 For $8, you get an interesting look inside one of the defining eras in contemporary literature and culture, a period often overlooked compared to the Hippie movement and Haight-Ashbury. Or you can take a look at the bookstore which sells everything Beat-related, from banned books to DVDs, posters, and stickers. Or you can let Jimmy take you away to a different time.

His response to questions about why he started the museum is accompanied by twinkling eyes. ‘The themes of the Beats are timeless and I want to keep them alive. It’s a lot about authenticity. Teenagers then and now still ask the same questions: Who am I? Where do I fit in? The Beats were honest about it and they accepted outliers because they were outliers themselves. They influenced so many aspects of our lives. In a way, even the tech industry stems from the Beat era.’ He sees a definite increase in visitors from all over the world: France, China, Australia, and several African countries. ‘Beat’ is still very much alive. When in San Francisco, check out where it all started — check out The Beat Museum. 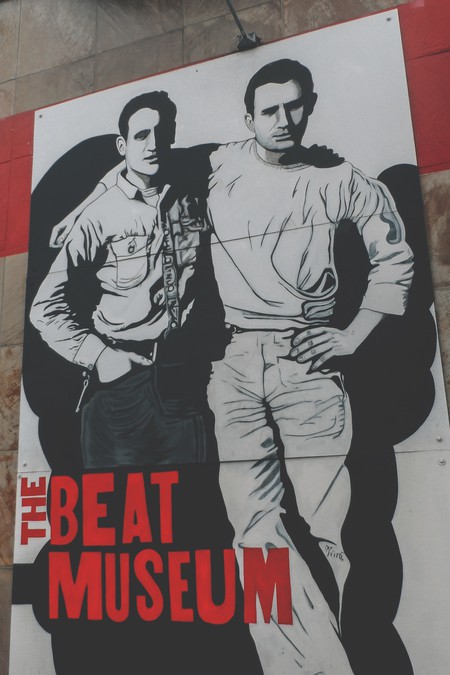