The 10 Most Beautiful Buildings in San Diego

Salk Institute | © Chad McDonald / Flickr
Nature usually steals the spotlight in San Diego, given its proximity to the Pacific Ocean. Yet over the last two centuries, mankind has occasionally done a decent job of making beautiful things too. Here are 10 of San Diego’s most visually stunning buildings.

The sprawling Hotel del Coronado is a gorgeous, beachside Victorian resort that’s been around since 1888. Numerous notable figures have stayed here, including film stars, famous musicians, and several presidents. Among them are George Harrison, Wizard of Oz author L. Frank Baum, JFK, Brad Pitt, and Madonna. It is still considered a luxury property today, with an on-site spa and dining options.

Building, Park
California Tower | © Jennifer Boyer / Flickr
The California Tower is one of San Diego’s most easy-to-see landmarks at 200 feet (61 meters) in height. Designed by architect Bertram Goodhue in 1915 for the California-Panama Exhibition, it currently houses the Museum of Man. The Tower was closed to the public for decades but re-opened in 2015 for tours. Tickets for 40-minute tours are sold at timed intervals and cost $22.50 for adults, and $18 for children.
More Info
Open In Google Maps
1350 El Prado, Balboa Park, San Diego, California, 92101, USA
+16192392001
Visit website

This stunning church is easy to spot, as its tall spires and all-white exterior are visible from the freeway. It’s the 47th temple constructed by the Church of Jesus Christ of Latter-Day Saints, opening in 1993. It is particularly noticeable around Christmas, when, according to the San Diego Times, thousands of lights adorn the 7.2-acre site in festive cheer.

Building, Library, University
© Chon Kit Leong / Alamy Stock Photo
The Geisel Library, built in 1970 and designed by William L. Pereira & Associates, sits on the campus of the University of California, San Diego. Since 1995, it’s been going by its current name, which is a tribute to Theodor Geisel—better known by his pen name of Dr. Seuss—and Audrey, his wife. Several of Geisel’s personal effects, including drawings, notebooks, photos, and more, are housed in the library’s Dr. Seuss Collection. Audrey Geisel donated the items, as well as a significant financial contribution, to the library following her husband’s death in 1991.
More Info
Open In Google Maps
9500 Gilman Drive, La Jolla, San Diego, California, 92093, USA
+18585343336
Visit website

The Santa Fe Depot has been serving rail passengers for over a century. Designed by Bakewell & Brown, the station opened in 1915 and was saved from possible demolition in the 1980s. Many historical features remain, including the original benches used by passengers waiting for their ride. 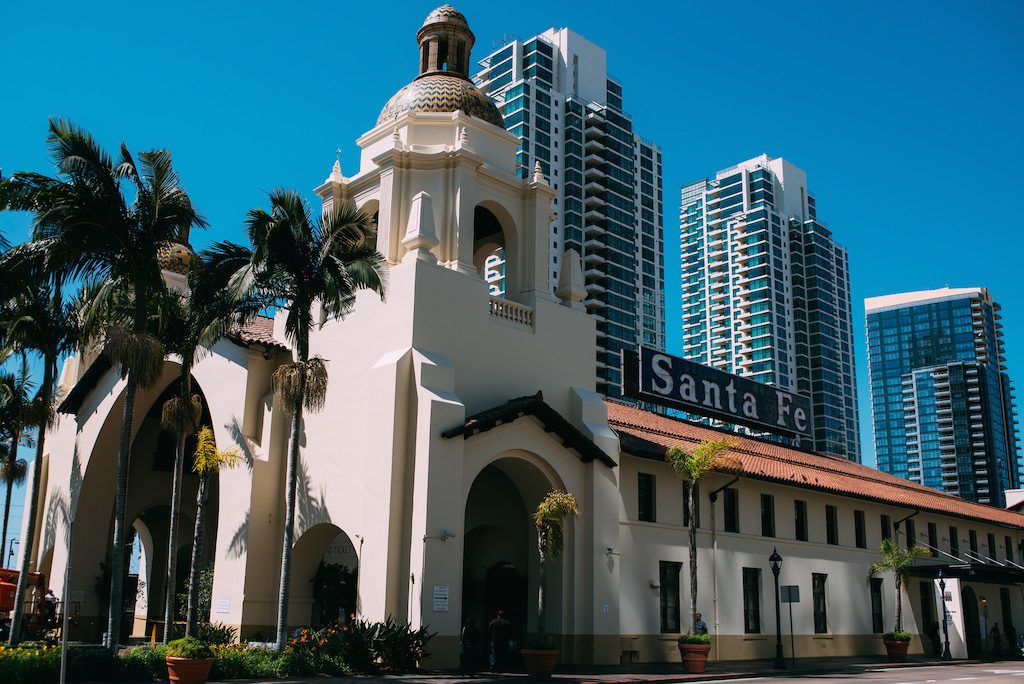 The Salk Institute for Biological Studies is a non-profit research institute founded in 1960. The buildings, divided by a narrow water feature, which is stunning in its simplicity, are the work of Louis Kahn and his firm. 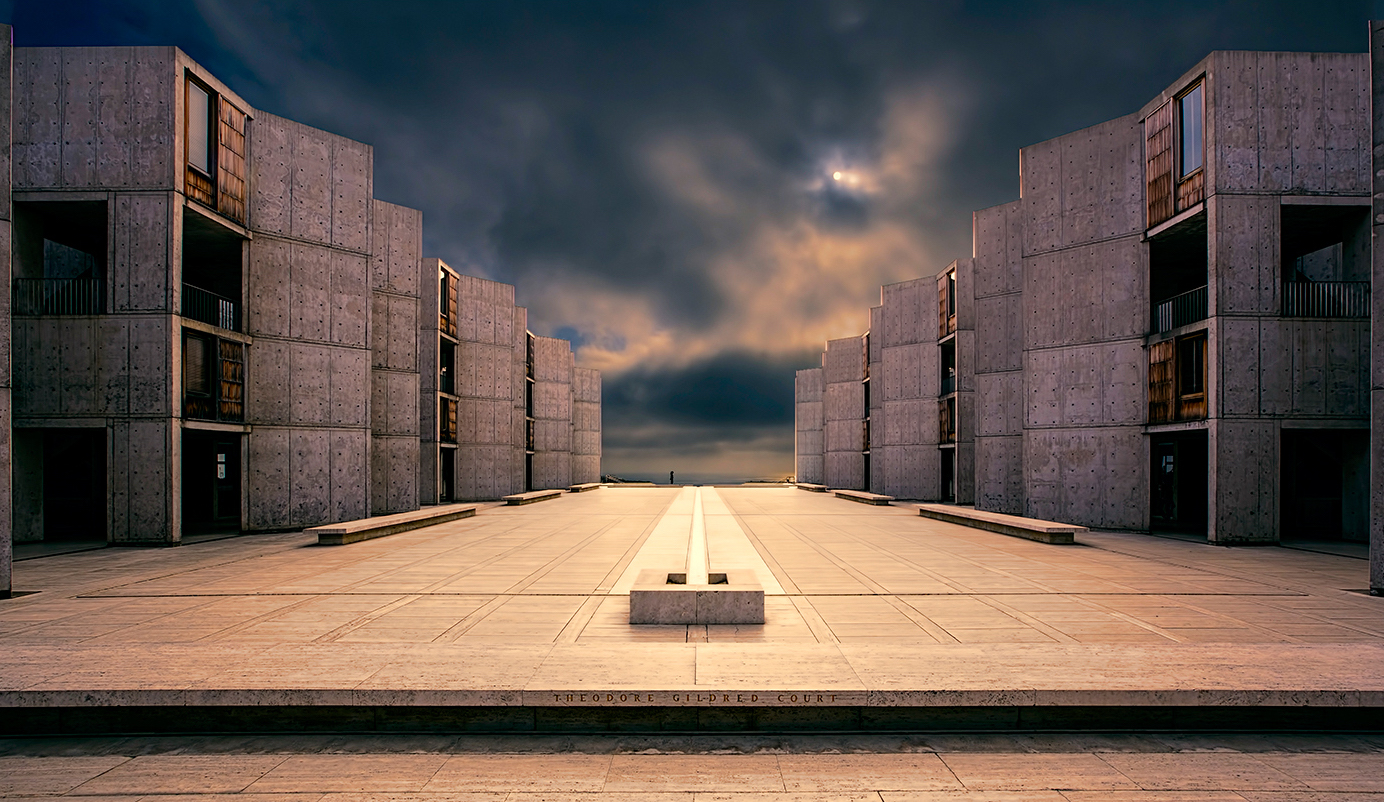 Museum, Park
Casa de Balboa | ©Osbornb/Flickr
Casa de Balboa lies in San Diego’s Balboa Park. It, like other landmarks, was built in 1915 for the Panama-California Exhibition; however, this is not the original. This structure is a replica, constructed in 1978 after a fire destroyed the original. Inside you can find numerous organizations, including the Museum of San Diego History and Research Archives, the Museum of Photographic Arts, and the San Diego Railroad Museum.
More Info
Open In Google Maps
1649 El Prado, Balboa Park, San Diego, California, 92101, USA
Visit website

For those who are interested in Mission-style architecture, there is perhaps no better starting point than Mission San Diego de Alcala, the first of California’s 21 missions, founded in 1769. Tours are available on Saturdays and Sundays for $2/person, and those who want to visit may request them online. 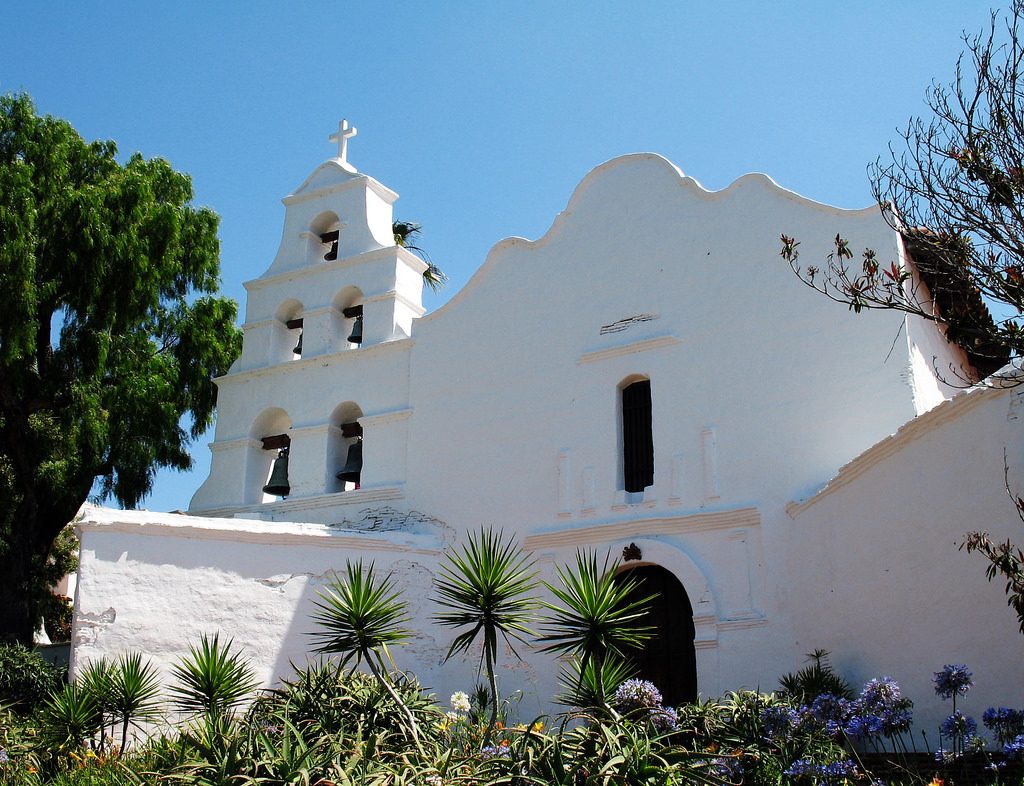