Nicknamed the Salad Bowl of the World and located in the central region of California, Salinas is known for its agricultural industry. As a result, it offers some of the freshest farm-to table food in intriguing restaurants of all ethnic origins. We list 10 of the best in the area.
Rancho Cielo Drummond Culinary Academy
School 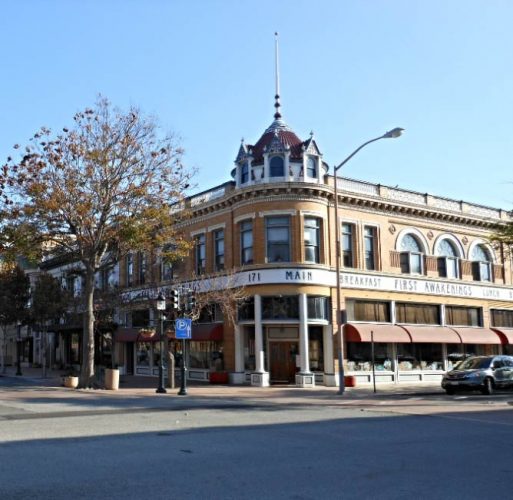 Mainly established as a non-profit organization that provides learning and social services for disadvantaged youth in Monterey County, the Rancho Cielo offers a program called the Rancho Cielo Drummond Culinary Academy. Through this program, youths learn skills and gain job training as well as professional mentorship tailored towards commercial restaurants. The academy challenges students with real life situations in the culinary academy dining room arena, where they cook and serve customers from the three-course dinner menu that includes a choice of a salad, a dessert and an entrée. Despite being a training ground for nonprofessional chefs, the academy serves delicious and complex dishes that one would expect from a well-established restaurant, such as mustard crusted salmon fillet, chicken picatta and tortellini andreotti.

Opened in 1993 by owners Chris Ulrich and Craig Bell, First Awakenings is currently one of the most popular breakfast spots in Monterey County. It is known for its old-fashioned, comfort American food including, but not limited to, the classics such as roasted Portobello burger, eggs Benedict and California crepe. Not only does it specialize in classic dishes, but also offers special house combinations such as the Triple Bogey, which consists of two strips of bacon or sausage links, two eggs and two slices of Texas toast, and the restaurant’s homemade Belgian waffle, which is dusted with powdered sugar and topped with creamy whipped butter.

As its name indicates, Salinas City BBQ is known for its wide selection of barbecue options ranging from the barbecue itself to BBQ sandwiches, steak, and BBQ combination meals. It has been featured in several local magazines and articles such as the Monterey Herald and Chowhound for its high meat quality as well as popularity. In fact, many reviewers have claimed that the restaurant serves some of the best barbecue in the city, if not the county, after tasting some of its signature dishes such as the St. Louis Cut Pork Ribs, Smoke Tri-Tip and its Breast of the West, shredded smoked chicken breasts filled with mayonnaise, tomatoes and onions.

A concentration of the world’s culinary techniques and ingredients, Elli’s Great American Restaurant serves one of the most culturally diverse sets of dishes in Salinas Valley. As an homage to immigrants who courageously travelled to America to fulfill their American dream, the restaurant provides versions of family recipes, bestowed upon the new generation from the previous ones. Th menu even has a section called the ‘Melting Pot,’ featuring different flavor combinations from countries, such as Italy and Mexico.

One of the few popular Asian restaurants in Monterey County, Eagle Restaurant specializes in authentic Chinese cuisine. Though the exterior and interior designs are simple with light solid colors, the food is far from plain. Each dish exudes different levels of spiciness as well as aroma, and though some dishes may appear to be standard Chinese food such as the Spicy Lemon Grass Chicken or the Walnut Shrimp, they are full of unusual flavors. Aside from traditional Chinese options, the Eagle Restaurant also offers unique dishes such Szechuan Beef with Green Beans and the Salt and Pepper Chicken Wings. 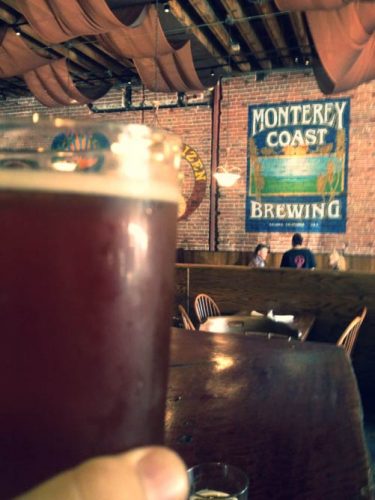 Deriving its name from the Spanish word ‘la casa,’ which means ‘home,’ La Casa Del Sazon offers authentic Mexican cuisine in a cozy setting. The restaurant itself blossomed from a series of family cooking events held in the local community, and today its menu is full of heart-warming Mexican options. Try the signature Molcajete Michocano, which is a mixture of various fresh meats and homemade salsa.

Located in historic Old Town, the heart of Salinas, Monterey Coast Brewing Company is a popular nightspot for locals. Most customers visit for the beer, especially its classic Harvest Wheat or India Pale Ale (IPA) and its seasonal brew menu. However, the venue is also a popular American restaurant serving classic dishes such as Grilled Angus Burger and Grilled Black Angus NY Strip. 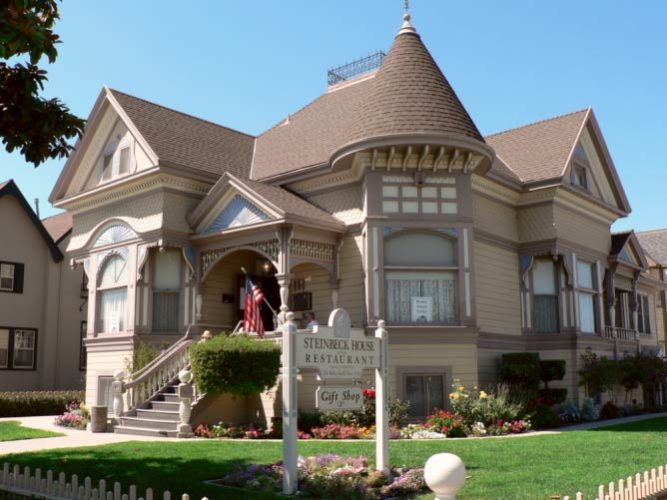 Patria is a European bistro that offers a vast range of contemporary dishes, ranging from pizza and pasta to its original farm plates selection, which focuses on ingredients such as lamb, scallops and rabbit. The restaurant’s elegant food has made it a favorite in Salinas and the restaurant has garnered plenty of positive reviews from local news outlets and magazines.

Childhood home of the Nobel Prize writer John Steinbeck, Steinbeck House currently serves the community as a historic space for fans of the author and a restaurant. The house remains well-maintained thanks to The Valley Guild of eight women who recently purchased and renovated the house. With their overlapping interests in cooking, they opened a restaurant inside the house in order to display Salinas Valley produce on a delicious lunch menu.