Self Help Graphics, A Pillar Of Political Art In Los Angeles 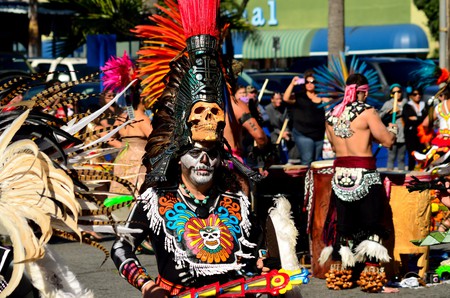 At best, art is a mode of communication – even a provocation. That is why Self Help Graphics, a community arts center in East LA, is such a cultural landmark. From the beginning, SHG was no ordinary arts center; the artists who banded together wanted to use art as an instrument for positive social change across generational, class and social lines.

Formed during the cultural renaissance of the ‘70s during the Chicano Civil Rights Movement, the art center gave a vehicle and a voice to artists in the LA community. Evonne Gallardo, former executive director of Self Help Graphics, said: ‘It really was a home for many artists who didn’t feel like they had places in mainstream art institutions.’

Self Help Graphics is considered a mecca for new artists in LA, allowing community access to art, socioeconomics aside. Their focus is primarily on providing training and giving exposure to up-and-coming artists – many of whom go on to achieve prominence in the art world.

SHG originated in an office building in Boyle Heights but soon relocated to a much larger space on the corner of Cesar Chavez Avenue, owned by the Archdiocese of Los Angeles. It contained a gallery, a printing room, an office, studio space and two floors of storage. The terms of the lease? One dollar per year in rent. In the 2000s, Self Help moved to East 1st Street, where it currently operates. 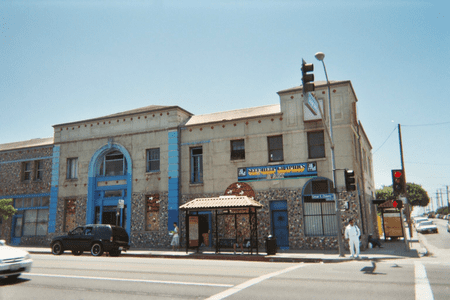 A spirit of rasquachismo, pride in making do with limited resources, permeates everything they do. While Self Help Graphics remains a hub for cultural arts, it’s also a real community venture, operated via community funding from art enthusiasts, art stores, museums and Catholic organizations.

Using funding provided by the California Arts Council, the Center was able to hire artists like Linda Vallejo, Peter Tovar and Silvia Chavez as art instructors to teach classes. This investment in art education not only increases the skill of the students but also allows them to experiment with different methods and mediums in order to find the perfect manner of expression. 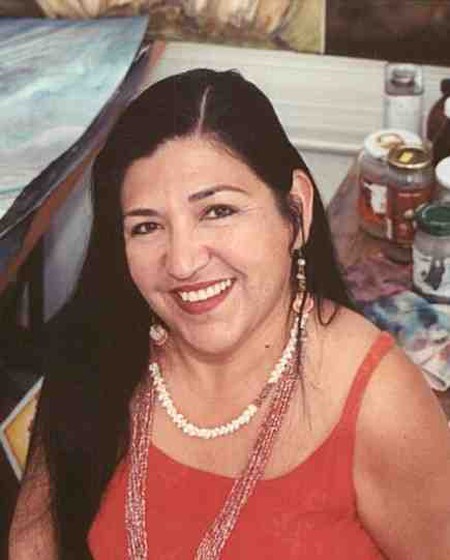 Self Help Graphics and founder Karen Boccalero, known fondly as Sister Karen, are highly regarded in the community, garnering praise from important artists, activists and scholars. Chon A. Noriega, director of the UCLA Chicano Studies Research Center, said that Self Help Graphics provides ‘a model for both community-based art making and art-based community making,’ while Bolton Colburn, director of the Laguna Art Museum, said: ‘[Boccalero] put the arts scene in East Los Angeles on the map. She helped to cultivate Chicano Art.’

One of SHG’s best-known projects is the Barrio Mobile Art Studio, launched in 1974. The mobile studio was a large van with art supplies that traveled to LA schools and neighborhoods to provide training and materials to people who didn’t traditionally have access to the arts. Although the program was phased out in the mid-‘80s, it inspired similar projects nationwide and left a lasting legacy on the LA art scene.

Art With A Social Conscience

In an essay, Boccalero said, ‘I’m not suggesting we’re educationally equipped to deal with all the poverty, drugs, and crime in the community, but we can take an important first step.’ That step is awareness. SHG is deeply committed to facilitating art-making with a message – art that encourages discussion around issues that matter.

The program that is most prominent in its call for social justice is the Screenprint Atelier (a workshop in serigraphy, an advanced form of silk-screening). These workshops are held bi-annually around a specific theme, often political. In the past, the Atelier has addressed the AIDS crisis, the 1992 Los Angeles riots, and gentrification. The Screenprint Atelier gave artists a greater opportunity to push their own boundaries, and the high-quality training raised the bar for Self Help Graphics. The sale of the artwork from the workshop also provided funding for the center when arts funding was cut under the Reagan Administration. 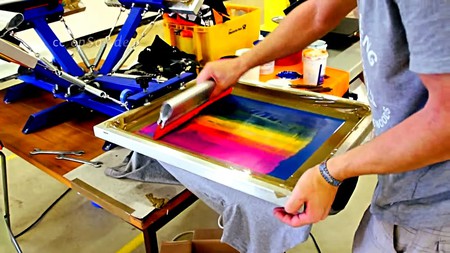 The center has also taken pride in organizing LA’s annual Day of the Dead celebration since 1974, when they held the first major Día de los Muertos celebration in the US. It often takes on a political spin, mourning those who died from political violence. Since 2009, the event has become too big to be held at Self Help Graphics and is now held at the East LA Civic Center.

From its grassroots approaches to arts education and mentorship to its involvement in local politics around global issues, Self Help Graphics remains a pillar of political art in Los Angeles.