Why This California City Still Celebrates Rosie the Riveter 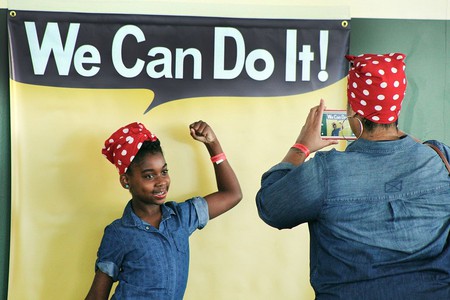 As the second World War ensued through the early 1940s, Richmond, like many other cities during the period, was known as a Home Front site. As the war raged on, the people of Richmond—mainly women left behind during WWII—contributed significantly to the war effort. Women who never held jobs in their lives were out in the gritty industrial workforce doing their part by either building military machines, sending supplies, or completing other “civilian” jobs for those not overseas. Rosie the Riveter acknowledged and represented the women that left their homemaking jobs and took over as factory and shipyard workers for the war effort.

Because of Richmond’s abundance of industrial needs, materials, and shipyards, the town soon led the charge in the war effort. The local shipyards would build as many as three ships a day to be sent off to war. Working in Richmond was so good that many factory employers established support systems for their employees, including health and childcare.

Today, Richmond is named a flagship site for the Home Front and Rosie the Riveter movement. Out of the entire U.S., Richmond preserves the most intact historic sites from a WWII Home Front. Naturally, the Rosie the Riveter Trust was brought in to partner with the Historical Park to teach the story of the Home Front. The Trust works closely with local government and businesses, schools, and Richmond residents to put on events like the annual Rosie Rally and Home Front Festival. 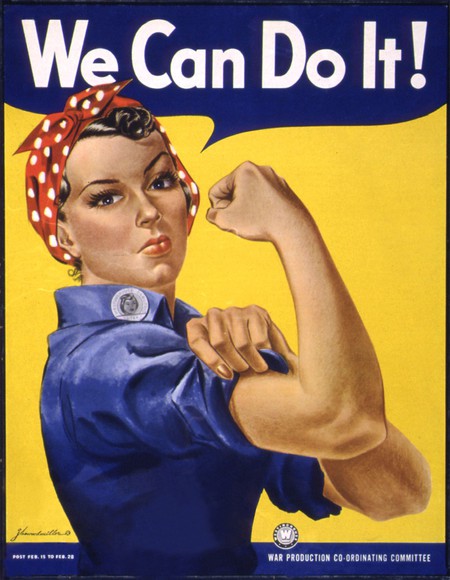 The Rosie the Riveter Trust non-profit preserves artifacts of the WWII era, offers youth programs to school children, and supports the Rosie the Riveter WWII Home Front National Historical Park. The organization as a whole strives to empower both men and women with an interest in historical preservation through dinner benefits, daily tours of the park, and their annual Home Front Festival and Rosie Rally.

The festival is a day-long free event that showcases many of the WWII artifacts housed in the park. Some of the relics from past Home Front Festivals include a USS Hornet aircraft cockpit display, military vehicles from the American Armory, one of the Pacific Bus Museum’s 1940s bus, and docked across from the festival site one year was Franklin D. Roosevelt’s own yacht.

Throughout the event, hands-on exhibitions and other activities are open to children and parents. Food and entertainment don’t fall short either—with multiple food trucks offering a variety of cuisine options and vendors selling 1940s style products while musical acts, dancers, and spoken word performances are featured on stage. 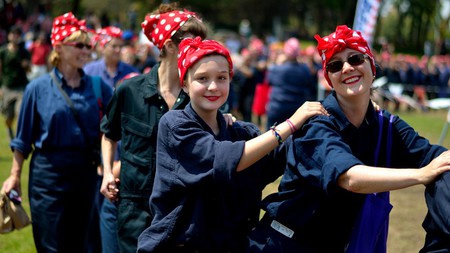 It’s with the same “We Can Do It!” attitude Rosie the Riveter put forward that inspired the Rosie Rally. Taking place along with the festival, the Rosie Rally brings together thousands of people all dressed in their best Rosie getup. Proudly displaying their denim shirts and red polka-dot bandanas, women and men flock to the rally and show their support for Rosie’s gender role-breaking mission. Along with breaking stigmas, the Rally also serves to break the Guinness World Record for “The Largest Gathering of People Dressed as a Rosie the Riveter.”

The Rosie Rally currently holds the title from their previous 2016 rally, with a literal record-breaking number of 2,229 people dressed as Rosie the Riveter in Richmond’s historical park.

This year, the fourth annual Home Front Festival and Rosie Rally will take place in August. The details for the 2018 festival have yet to be released by Rosie the Riveter Trust members; however, it does remain to be a free family-friendly event that honors the world’s history and its women.