San Francisco Will Always Bat Its Eyelashes At 'Rocky Horror'

In 1973, a sweet Transvestite from Transexual Transylvania became the key figure in a groundbreaking social phenomena. It’s been 40 years since the 1975 release of The Rocky Horror Picture Show. The following is a look at how a satirical rendition of B-movie science fiction and horror films from the ’30s to the ’70s changed the landscape of gender and sexuality.

Richard O’Brien’s musical-comedy-horror stage production, The Rocky Horror Show, and Jim Sharman’s subsequent film adaptation, The Rocky Horror Picture Show, gained a massive cult following. Sharman’s film quickly became a ritualistic, audience-participatory ‘midnight movie’ (first devised at the Waverly Theater in New York City), during which audiences dressed as the characters, yelled at the screen, threw things, and sang along. This activity spawned the famous practice of the Rocky Horror ‘shadow cast’ live performances, in which a live fan cast mimes the characters on screen during the showing.

Audience participation is key to the cult, creating a media duality in which the viewer is as much a part of the experience as the film. Three tiers of reality layer Rocky Horror with rich vibrancy; the film itself, the miming performers, and the rowdy audience fuse into a single entity. The cult has expanded since the technological revolution to include online forums like Rockypedia, which comprises frequently asked questions (kind of), general information about Rocky Horror and its influences, theater listings, and so on. 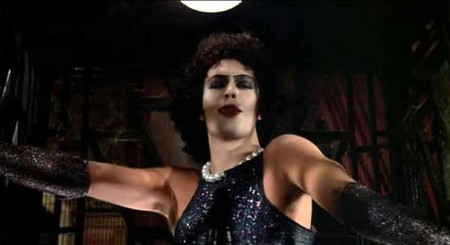 The San Francisco Rocky Horror performance group was among the first to act out and perform almost the entire film, the venue being the Strand Theater on Market Street near the Tenderloin. The Strand group’s Rocky Horror production was renowned because of Marni Scofidio’s portrayal of Dr. Frank N. Furter.

Productions of Rocky Horror today are dwindling due to lack of funding for small theaters (and a general decline in theater profits in general), but some locations still host periodic performances that fans old and new revere. Most dependable is the monthly showing at the Clay Theatre, but check out The Official Fan Site for details on where to catch a show. 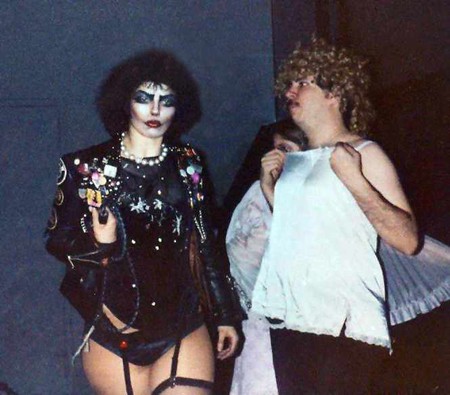 The plot of Rocky Horror depicts a (cisgender) couple, shocked and staggered by the intensity of the highly sexualized transvestite world they accidentally encounter in Transexual Transylvania, an element that is echoed by the pervasive tendrils of cultural influence that the film has had over the past 40 years.

Just as Brad Majors and Janet Weiss are confronted by transvestite Dr. Frank N. Furter, so society internationally was confronted with the reality of the transvestite community. The androgynous themes in Rocky Horror have spawned critical discussion and understanding of gender and sexuality. The production is seminal in the transition to a world more understanding of differences in sexuality, and pivotal in teaching that gender and sexuality are not defined by one another. The androgynous, disembodied lips of the title sequence, Dr. Frank N. Furter’s proud sexual ambiguity, and the highly sexualized overtones of the production display a sexuality unashamed, unimpeded, and, most importantly, underrepresented.

The wide range of nuance in sexual identity today owes its origins in part to the face of Rocky Horror, which revealed in Dr. Frank N. Furter a male transvestite in drag, immortalized on film, at a time when discussion of non-binary sexuality was scarce, and discrimination was high (which is not to say we are rid of discrimination, but that we have come a long way in nearly half a century). At a time before sexual rights, when people with unconventional sexual identities were hypervisible, shunned, discriminated against, outcast, and misunderstood, Rocky Horror burned like a beacon of progressive sexuality, creating a charged space so sensually sensational that it demanded consideration. 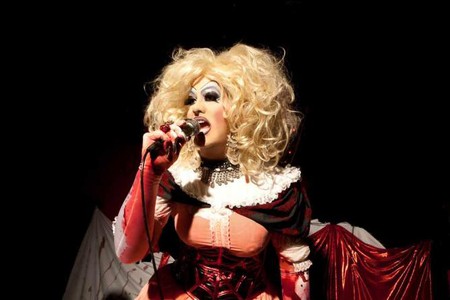 Scholarly works pivotal to the modern bisexual rights movement tipped hats to Rocky Horror in their explorations and research, including Elizabeth Reba Weise’s ‘Bisexuality, The Rocky Horror Picture Show, and Me,’ in the anthology Bi Any Other Name: Bisexual People Speak Out (1991). There were other important gender representations in the media; most notable are the actor, drag queen, model, author, and recording artist RuPaul (RuPaul’s Drag Race) and the documentary of drag queen ‘house’ culture in New York City, Jennie Livingston’s Paris is Burning.

These media representations, along with Rocky Horror, have shaped the way society understands the LGBTQIA world and sexual identity in general. Reflective consideration of the cultural impact of Rocky Horror is important in understanding where we stand with sexual rights and tolerance, as Joe Blevins notes in his recent article ‘Read This: On the social and sexual importance of The Rocky Horror Picture Show.’

San Francisco is historically and famously supportive of the LGBTQIA community, which has grown quite large over the years, and centers itself in SF’s Castro District. The politically, socially, and culturally active city has encouraged progressive thinking and acceptance of marginalized people of all identifications.

San Francisco was home to the Daughters of Bilitis, the first lesbian-rights organization in the United States; Harvey Milk, the first openly gay man to be elected to public office in the U.S.; and Theresa Sparks, the first transgender police commissioner. The San Francisco Pride parade, hosted since 1971, is one of the oldest and largest pride parades in the nation. Gay bars, drag shows, sex shops, and establishments of all manner of sexual debauchery pepper the streets of San Francisco, where people are encouraged to explore their sexuality and identity openly. The most-loved drag venues in the city include the marvelous Holotta’s Un-Boy-Lievable Drag Show, Oasis, and Trannyshack. The transvestite crown, however, goes to San Francisco’s underground drag performer, emcee, filmmaker, and actor Peaches Christ.

Considering all of this vibrant, diverse culture surrounding sexual identity and exploration, it’s no surprise that San Franciscans show such fondness for The Rocky Horror Picture Show. ‘It’s astounding, time is fleeting,’ but the influence of Rocky Horror remains. 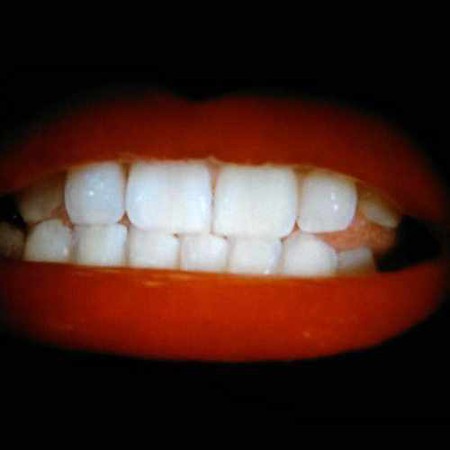