RAM's Self Help Graphics Exhibition Is A Political Art History 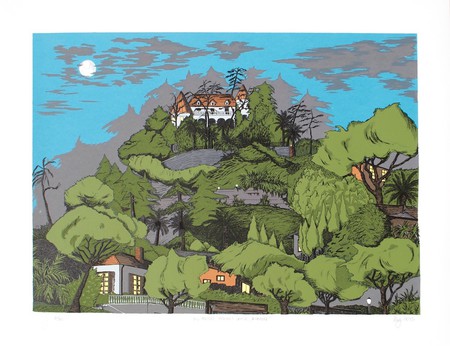 Since 1970, Self Help Graphics has situated itself in the fertile space between aesthetics and politics in Los Angeles. The community arts center was founded by outsider Chicano artists during the Chicano Civil Rights Movement, a time when Latino artists had difficulty gaining traction in a predominantly white mainstream art world. Since then, it has nurtured and exhibited a talented roster of printmaking artists, many of whom have gone on to international acclaim, in addition to facilitating arts workshops and community initiatives for the predominantly Latin American community of East Los Angeles.

The organization’s political art history is referenced throughout a new exhibition at the Riverside Art Museum called ‘Self Help Graphics: Aztlán, the Permanent Collection, and Beyond’. Viewers walk along a grassroots historical timeline, from the Chicano Civil Rights Movement through the AIDS crisis in the 1980s to the 1992 L.A. Riots. Contemporary calls for justice include excerpts from a traveling exhibition called ‘Ayotzinapa: A Roar of Silence’, dedicated to the 43 disappeared students in Guerrero, Mexico. Día de los Muertos iconography is also heavily represented – Self Help Graphics was instrumental in bringing the tradition to Los Angeles in the early 1970s as a bold and proud celebration of Chicano identity and creativity. 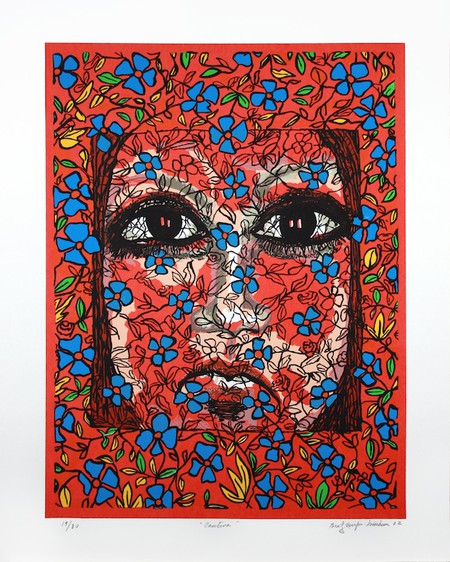 In the early 1990s, SHG founder Sister Karen Boccalero donated 42 works to Riverside Art Museum’s permanent collection as part of a broader effort to disseminate Chicano art. This exhibition showcases some of these outstanding prints by high-profile Latino artists such as Gronk, Diane Gamboa, Dolores Guerrero-Cruz, Felipe Ehrenberg, Leo Limón, Roberto Gutiérrez, José Alpuche, and Patssi Valdez. On loan from Self Help Graphics, 32 contemporary prints are also on display, featuring artists such as Poli Marichal, Dewey Tafoya, Miyo Stevens-Gandara, Dalila Paola Mendez, and local artist Pavel Acevedo. The exhibition is a testament to the 46-year-old organization’s continued efforts to inject art into political struggle and its expanding the canon of traditional printmaking.

‘Self Help Graphics is an inspiring model of the role art can play in the community’, said curator Carolyn Schutten via email, explaining that the organization played a vital role in the evolution of Latino arts in California and beyond. In her curatorial statement, she writes, ‘SHG was enormously successful in promoting Chicano artists and outreaching to young Latino artists throughout the 1970s, 80s, and 90s and was a means to celebrate Chicano culture, to empower a political voice, and to generate art that was rooted in Mexican tradition.’ The organization has since expanded to a pan-Latin-American scope. 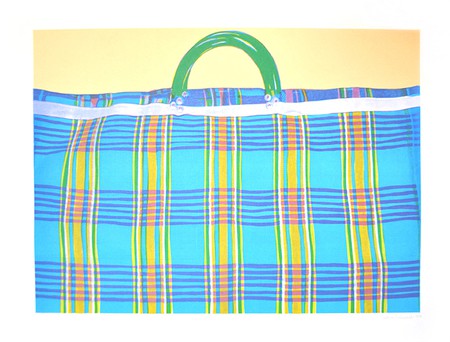 Artwork by Victoria Delgadillo | Courtesy of Self Help Graphics

Consistent with its populist roots, one of SHG’s greatest achievements has been granting access to the arts as a mode of expression. Dating back to 1974 and relaunched in 2014, SHG’s Barrio Mobile Art Studio, a vehicle equipped with art supplies, brings faculty and facilities directly to Latino communities and residents of all ages, facilitating workshops that include printmaking, digital art using mobile devices and tablets, aerosol art (including temporary murals), and stencil work. A community art exhibition featuring prints created with Eastside residents and the Barrio Mobile Art Studio is on view in the Taylor Family Gallery at RAM.

Exhibition visitors will experience a living history, as the organization continues to proliferate Latino art by and for the people. 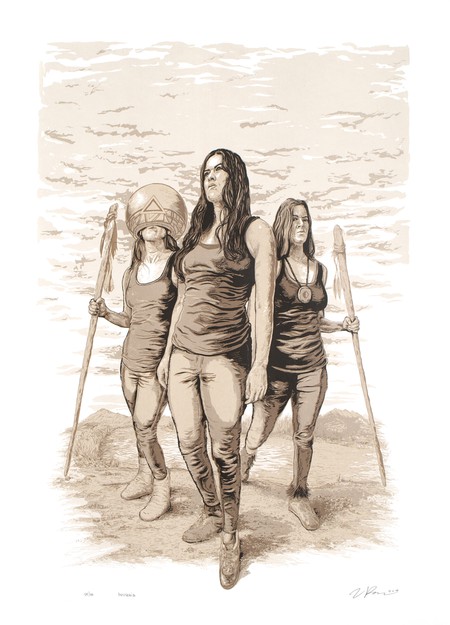 'Autonomia' by Ezequiel Peña | Courtesy of Self Help Graphics