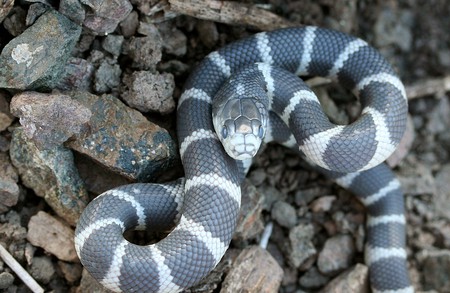 Despite being unfairly classified as bloodthirsty killers, the great white shark is one of the most majestic and beautiful creatures to bless this earth. These migratory mammoths travel throughout most of the world’s oceans and survive mostly on fish, cetaceans (dolphins, whales), pinnipeds (seals, sea lions), sea turtles, sea otters and sea birds. Great whites do not traditionally attack humans and have only reported attacking them when they mistook them for seals or other sea mammals. Although it would be extremely difficult to catch a glimpse of a great white in the Bay, they have been known to travel into its waters to hunt on sea lions. This creature is certainly an animal that’s best seen on a Netflix documentary but if you’re so inclined, certain places in the world (including San Francisco) offer cage diving tours.

A true San Francisco icon, the California sea lion can often be spotted lounging about on Pier 39 or along the Pacific Coast Highway. These seals live along the Pacific seaboard from southern Hawaii to the Gulf of California. Sea lions are notorious for being extremely intelligent animals and can become quite comfortable towards human contact. Although they are extremely pretty to look at, make sure you always keep your distance because they are still wild animals that could easily injure you if threatened. One of the best places to spot them is along Pier 39 in the Fisherman’s Wharf where you can sit back and watch them lounge about in the sun.

The bat Ray is a type of eagle ray (a family that includes the giant manta ray) that is usually found in muddy or sandy environments from Oregon to the Gulf of California. These smaller rays typically weigh between 20-30 pounds but have been known to grow to around 200 pounds. Strangely enough, bat rays can also be found in the Galapagos Islands, a far cry from their usual habitat up north. The bat ray has long been used as a food source by the Ohlone tribe in the Bay Area and is often used as an animal ambassador in aquariums due to its friendliness and ambivalence towards human touch. Although it would be much harder to find one in the wild, it’s a great experience to head to the Aquarium of the Bay or The Monterey Bay Aquarium so that you can touch their wings and feel their one of a kind skin texture.

By far one of the cutest animals on this list is the North American river otter (different from the sea otter), which can be found in large swathes of American waterways. These friendly semi-aquatic animals are actually part of the weasel family and usually create burrows near an open water source. Born with thick, water-repellant fur that helps them glide along the water as they catch small fish, amphibians or mussels. You can easily spot these little guys in Marin County (they even have otter crossing signs) but it is usually a better idea to keep your distance and admire them from afar. If you really wish to get a better view of them you can visit the San Francisco Zoo where they have a special enclosure for river otters.

The tule elk is an incredibly beautiful sub-species of elk that is only found in California and was originally thought to have been hunted to extinction when western settlers came to the California coast. A single breeding pair was found and through conservation efforts we now have over 4,000 wild tule elks in California. These large animals are certainly a sight to be seen and can be found in Point Reyes, Santa Clara Valley and parts of San Jose. If it wasn’t due to careful conservation, California could have easily been deprived of such an incredible animal. If you’re curious to see a herd you might have to do some searching but you should be able to spot a few packs near Point Reyes.

One of the prettiest snakes in North America is no doubt the reclusive San Francisco garter snake. This endangered snake species is incredibly visually striking with its unique red, blue and black stripes. Sadly, very few snakes exist anymore (around 1,000-2,000) and most have been killed off due to them losing their natural habitat in the Bay Area. These snakes are almost impossible to find in the wild as they are extremely elusive and prefer wet or marshy environments. Although these snakes may be somewhat of a ‘holy grail’ for snake watchers, they are illegal to own and struggle to compete with the rapid development in the Bay Area. If you are so lucky to find one in the wild then make sure to leave it alone and just treasure the memory.

The second snake of this list is the equally stunning California kingsnake, which can ironically be found throughout most of the western American seaboard. Although non-venomous and mostly considered harmless to humans, they still can pack a nasty bite and even use their tail to imitate a rattlesnake’s rattler when threatened. These snakes are called the ‘kingsnake’ due to their tendency to hunt and eat other snakes. The snakes are also unique in that their coloration can easily vary and change due to natural or captive breeding elements. If you want to see a kingsnake up close the best option would be to find a snake breeder/enthusiast that might let you get a closer look at this regal reptile.

The spotted California tiger salamander is a part of the mole salamander family and was recently designated a separate species from the tiger salamander. These cute little guys are mostly found in extremely small segments of Sonoma and Santa Barbara County. Officially a federally threatened species, the California tiger is quite large for an amphibian and can grow up to 7-8 inches long. We honestly don’t know much about these large amphibians but we do know that they mostly live underground and feed on earthworms, snails, insects and even small fish. Finding a California tiger in the wild can be extremely hard so it might be best to take a trip to the Sacramento Zoo where you can see them in the reptile house. 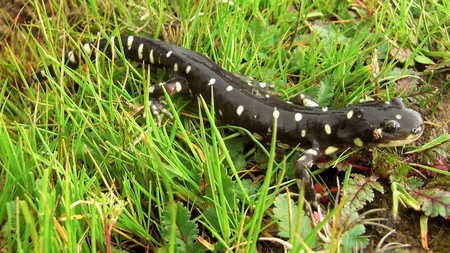 Don’t let its cute looks fool you; the California newt is one of the most poisonous creatures in all of California and can secrete a toxin that is said to be hundreds of times more toxic than cyanide. These reddish-orange newts primarily live along the California coastline and can be usually found under rocks or in creek beds. These news essentially have no natural predators and are quite abundant in their natural habitats. They mostly feed on earthworms, snails and small insects but have been known to eat trout eggs. You can find these guys in most woody areas along the California Coast but take care not to touch one as you don’t want to get any poison in your eyes or mouth. At the end of the day, these guys certainly give the river otter a run for its money in terms of cuteness.