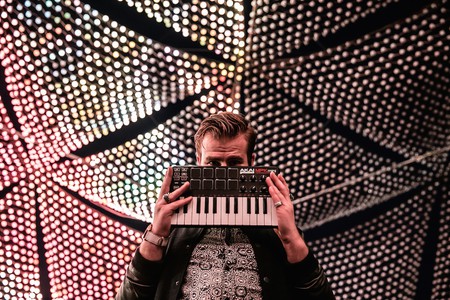 Derek Buckwalter, known on stage as RZN8R (pronounced resonator), started his relationship with music with a piano and Phantom of the Opera. While being carpooled by his mother, he mocked Michael Crawford’s voice in “Angel of Music,” which turned out to be a realization that he could, in fact, sing. At 10, Buckwalter auditioned for the Pacific Boychoir, where his rendition of “Singing in the Rain” earned him a spot in the traveling choir until college. Derek’s early brush with celebrity came when the Pacific Boychoir performed the vocals for Zach Galifianakis’s Live at the Purple Onion.

High school was when Derek started experimenting with producing. ‘Artists and albums that got me interested in producing were DJ Shadows, Gorillaz’ Demon Days and Danger Mouse’s The Grey Album, among others’ says Derek. He messed around with producing but didn’t become serious until the summer before his junior year of college, when he decided to dive into producing as a career, and as Derek describes, ‘make music that makes you go oooh.’

In 2014, Derek met with his friend Victor Casillas Valle, the founder of Counter Culture Group, a San Francisco-based artist management group, and together, they decided that Derek would be Victor’s second artist to represent. 2015 was Derek’s start into playing live shows, everywhere from SXSW and Noise Pop Festival to Madrone Art Bar. Now, Derek is pursuing his music further at Pyramind School in SF, a program focused on the very aspect of music production. 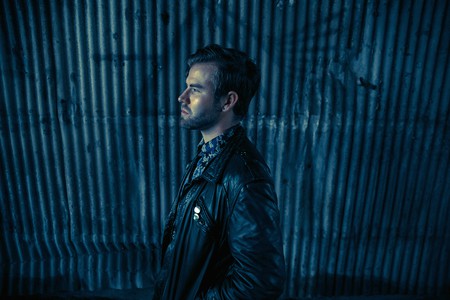 While he enjoys creating electronic music, Derek is seeking to create an experience beyond DJing. ‘DJing is boring, you turn knobs and it’s hard to connect with the audience,’ says Derek. He wants to create a community and experience around the music, and looks to Motown, ‘storytellers of sound’ as muses, as well as the artist Masego. Derek also strives to create a collaborative producing environment, instead of creating electronic music alone in his room. ‘When you think about it, producers who make dance music, are all making it alone in their room’ – he prefers to collaborate with friends and make music a social experience.

Derek’s latest track, ‘Beyond Me,’ was created just that way, through real-time collaboration with friends. Derek was in the studio with two of his friends, experimenting with the instrumental, when his friend started riffing on lyrics that had just come to him. The lyrics developed out of an instant connection between his two friends in the studio; ‘my friend basically fell in love with my other friend, Kaeli,’ remembers Derek. This track is described as ‘future soul,’ with vocal samples from his friends and the Pacific Boychoir. 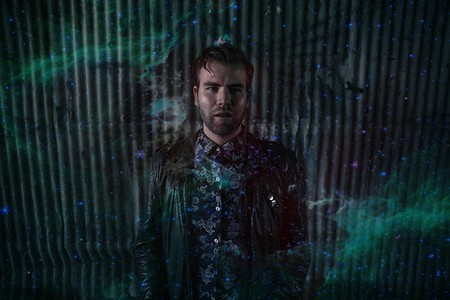 Beyond music, Derek has a passion for social justice; he has a degree in performance arts and social justice at University of San Francisco (USF) and views music and arts as a major vehicle for social change. Derek grew up in Oakland; his father was a Computer Science Professor at USF and his mother was a Hellerwork practitioner, which is a system involving deep tissue massage and exercise, designed to help correct posture, improve mobility and relieve pain. In 2016, Derek is looking to continue creating music that goes beyond the traditional experience. This year his eyes are on creating an interactive live electronic experience.

Why the name RZN8R? Derek says he identifies with the name; when something resonates with you, it’s deeper than liking something, it’s coming from a deeper awareness of self, and there’s a sense of truth. Beyond resonating with the name, Derek’s name was approved and praised by a spiritual guru in Ashland, Oregon, who told him that his name connects completely.
Catch RZN8R at Bottom of the Hill on April 14. Derek’s latest track, ‘Beyond Me,’ is available on Soundcloud.