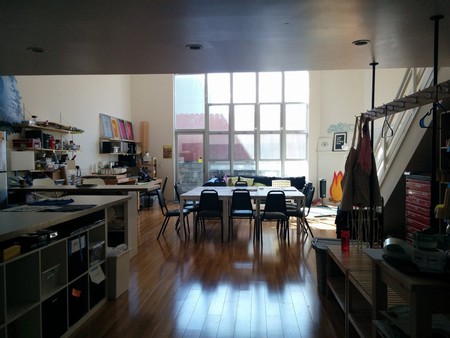 Meet Double Union, a hacker/maker space formed explicitly for the self-identified women of San Francisco. This feminist community aims to provide a space for women to create – working with electronics, sewing, programming, woodworking, zine making, and more – away from the judgment and man-splaining that dominates the San Francisco tech community. 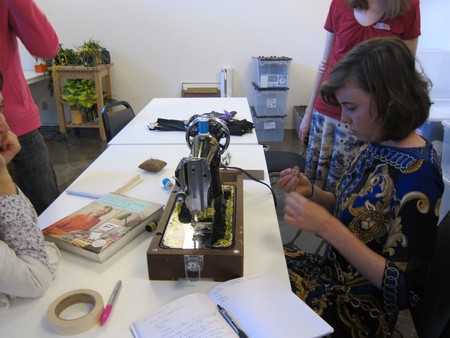 Hacker/maker spaces have been popping up around the globe, providing spaces for people with shared interests — usually focused on the tech and art industries — to collaborate, create, and socialize. Liz Henry, one of Double Union’s founders, explains the gleaming hope behind the hackerspace concept on Model View Culture: ‘Women go to hackerspaces because they sound amazing — full of equipment and materials to make things, people, and idealism about knowledge-sharing, open source and free culture and tech, like a fabulous grownup playground for learning and making.’

Unfortunately, women are not always welcomed into these spaces with open arms. Henry continues, ‘But maybe it’s also kind of dirty and cluttered and there’s no toilet paper, and there is some creepy guy who won’t stop talking to you about how he wants to teach you things that you already know, while he backs you into a corner. There’s that level of harassment. Then there’s a lot of behavior that’s at a more “e-textiles“ level, that’s irritating, annoying, where we have pressure to prove ourselves or our authenticity, where our knowledge and capacities are undermined. The message is, there’s this cool culture of invention, making and learning, but we aren’t expected to be part of it.’ 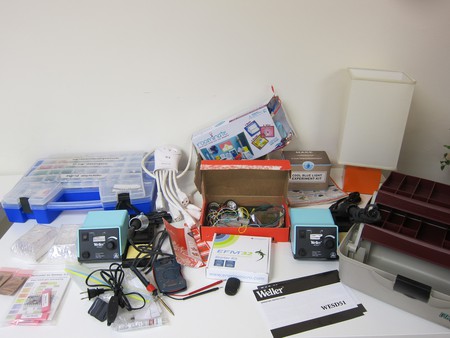 In response to these unwelcoming environments, women began seeking spaces exclusively for feminists. One such space was Ada Camp, a conference with the mission to increase women’s participation in the world of open technology and culture. After attending, about ten women (including Henry) started meeting weekly to continue the discussions they had begun at the conference. Henry tells Bitch Magazine, ‘We realized, “What if we could make a space where we could have this kind of conversation all the time?”‘

Thus began Double Union, with the mission ‘to create a community workshop where women can work on projects in a comfortable, welcoming environment.’ The founders registered as a non-profit and rented a space on Valencia St. in San Francisco’s Mission district. They developed a series of specific guidelines for the community, ensuring that it would remain women-centered, maintain intersectional values, and be queer and trans-inclusive. Henry tells Mission Local, ‘Part of what we are doing here is fairly radical – we’re not making a space for men to hang out. We want to make a space that is specifically for women.’ 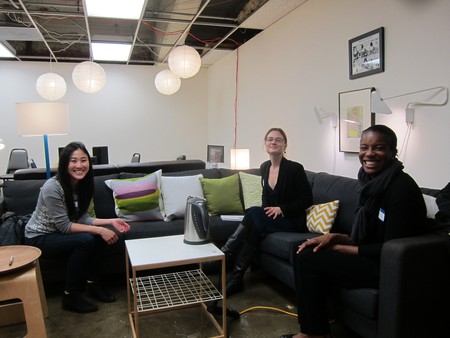 In September 2015, Double Union was unable to renew its lease on Valencia St and made the move to Potrero Hill. The move limited access to the space by public transportation, but expanded the space to include more work space, a kitchen, and a backyard. Today, membership has expanded to include 80 women. Members have access to internet, various tools, books and zines, and discussion spaces. The community’s structure has grown to incorporate a variety of committees, including committees for bicycles, electronics, jobs, open source software, zine making, printmaking and textiles, public speaking, 3D printing/CNC machining, and Double Union management. 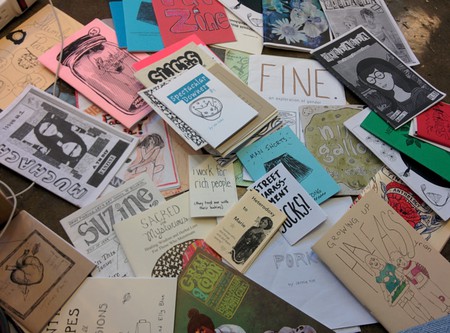 Fortunately, non-members can still visit the space and experience some of its offerings. Members can bring guests of any gender or age to visit the space, and various classes, events, and open houses are open to the public. Check out the schedule of upcoming public events here, and keep up with all of the Double Union happenings by following the community’s blog.

Double Union relies on only membership dues, volunteers, and donations to remain open. If you’re interested in supporting the community, you can make a tax-deductible donation here. 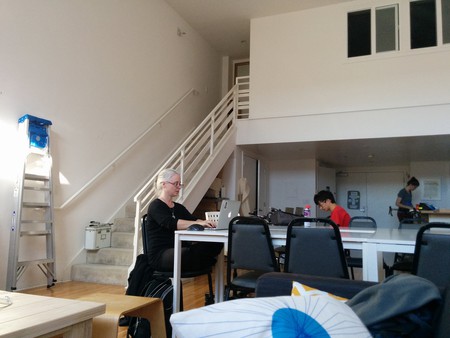