Looking Back at Linkin Park's 'Hybrid Theory,' the Best-Selling Debut of the 21st Century 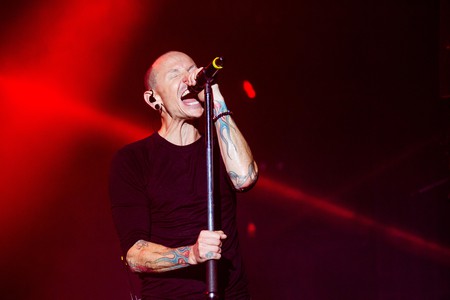 Chester Bennington, lead vocalist of the rock band Linkin Park, has died, according to reports from TMZ.

The report states that his death was a suicide by hanging. He was 41.

While the band has released seven studio albums, two remix albums, and one JAY-Z collaboration EP with Bennington, Linkin Park’s most important record is indisputably its debut, Hybrid Theory.

Linkin Park certainly wasn’t the first artist to mix rap and rock/metal (Beastie Boys, Run-D.M.C., Rage Against The Machine, etc.), and while we won’t engage in the “who did it best” argument, there’s no denying that they did it with the most success, possibly with 2000’s Hybrid Theory alone. A few of the album’s incredible accomplishments:

-It is the best-selling debut album of the 21st century, with over 30 million copies sold worldwide.

-Only four albums released in the 21st century have sold more copies: Eminem’s The Marshall Mathers LP, The Beatles’1, Adele’s 21, and Eminem’s The Eminem Show. Their album Meteora sits in sixth place with 27 million copies sold.

-It was the best-selling album of 2001, with 4.8 million copies sold in the United States alone.

-In 2012, the album went diamond, meaning it had sold 10 million copies in the United States.

-While it only reached no. 2 on the Billboard 200, it was the 11th best performing album on the chart during the decade, spending more than 150 weeks on it since its release, sitting in the top ten for 34 weeks.

Whether you love or hate the the nu-metal wave, which peaked with Hybrid Theory, Linkin Park’s debut album has and will continue to serve as one of the most influential rock albums in history. Watch the band’s only live performance of the album start-to-finish during their headlining set at Download Festival in 2014 below.