A Profile On Alice Waters, The Mother Of Farm-To-Table 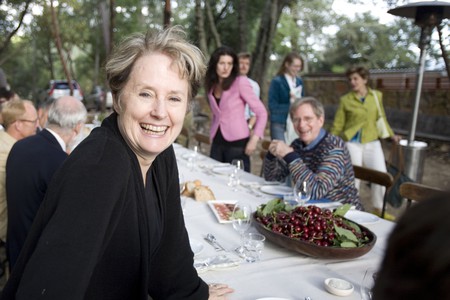 When Alice Waters opened up a small restaurant in Berkeley, California called Chez Panisse, she was a revolutionary. Today, Waters is a restaurateur, author, and environmental activist, and Chez Panisse is one of the world’s finest restaurants. We take a closer look at Alice.

Alice Louise Waters was born in Chatham, New Jersey on April 28, 1944. She rarely ate out growing up, but, unsurprisingly, she was still an incredibly picky eater. She moved to the West Coast to attend the University of California, Berkeley, where her love for food blossomed during a semester abroad in Paris. She graduated in 1967 with a major in French cultural studies and moved to London for culinary training at the Montessori School in London and then to France to learn French cooking for a year.

Waters finally opened up Chez Panisse in 1971 in a converted house in Berkeley. In the restaurant’s youth, she was its one-woman show: acting as a chef, waitress, owner and menu planner. It wasn’t until she had a child in 1983 that she hired another chef to take over the cooking. 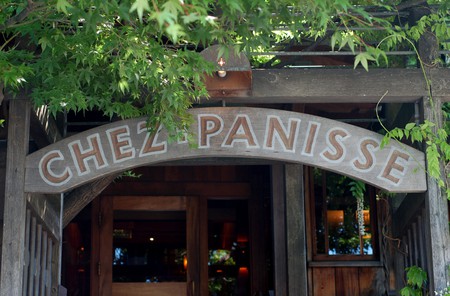 In 2007, Chez Panisse was ranked in Restaurant Magazine’s ‘World’s 50 Best Restaurants’ list. But Chez Panisse is nothing like the other restaurants whose ranks it sits among in various reviews. Waters’ commitment to local food is staunch – all of the ingredients at the restaurant are purchased from local farmers, in what she hopes will create a ‘good, clean, and fair’ food economy. The restaurant serves a fixed menu, usually with three to four courses, that changes daily based on available local ingredients. 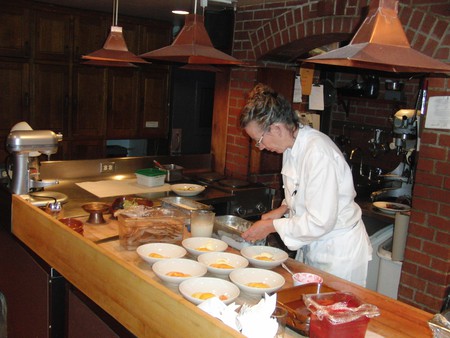 Waters in no way has stayed out of the spotlight since stepping down as the head chef. She is still the owner of the restaurant but has also become an environmental activist. Inspired to spread her food philosophy to younger generations, in 1996 she started the Edible Schoolyard Project at Martin Luther King Jr. Middle School in Berkeley. The revolutionary project involved students in all aspects of the food cycle, from the garden to the kitchen. 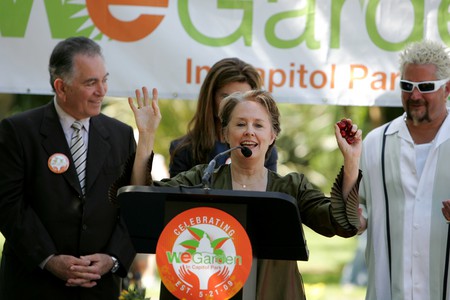 Alice Waters speaks at the 'We Garden' event in Sacramento in 2009, alongside Maria Shriver and Guy FIeri | © Kelly Huston/Flickr

Following the success of the project, she founded the Chez Panisse Foundation to help create similar edible gardens in schools. Through this foundation and in partnership with other organizations, she took her idea a step further and helped create the School Lunch Initiative, which aims to integrate hands-on learning in food production into the academic curricula. Waters also led a chef’s petition against fracking in California in 2013, which she said would negatively impact the agricultural industry.

With the popularity of fast or frozen food, she is a constant advocate for preserving the traditional way of preparing and eating food – buying in-season food from local markets and savoring over a long meal with family. She helped found Slow Food International to maintain these traditional values. On top of her advocacy work, she somehow finds the time to be an author, penning eight cookbooks.