‘Into?’ by North Morgan, the Fever Dream of Los Angeles Gay Life 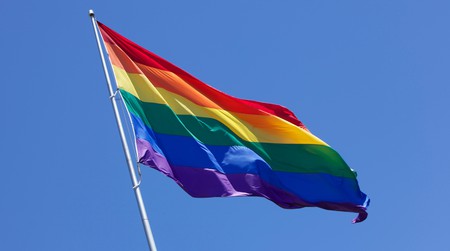 North Morgan’s latest novel explores the deep loneliness of the #InstaGay. In Into?, Morgan examines ‘the scene,’ shining a light on a world of social media hook-ups, exclusive parties and selfie-ready abs.

Thirtysomething Konrad Platt was born in Germany and schooled in England. Following a devastating break-up, Platt chooses to leave London for sunny Los Angeles where his father has a cushy job lined up for him. Into? follows Platt’s spiral of sex, circuit parties and hours spent on social media trying to find human connection. 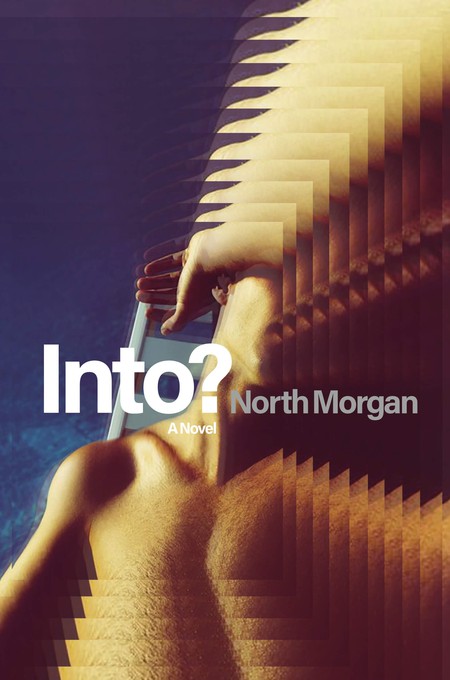 'Into?' by North Morgan | Courtesy of Flatiron Books

This book offers complex commentary on the millennial struggle with social media. Platt is keenly aware of the artifice of his social media presence: “I explain to Peter that he needs to decide who the person that he is is, and drive it home, via social media,” Platt says. His own Instagram is covered in shirtless gym selfies with vague captions to make him seem deep. Platt is self-aware enough to see the ways his obsession with the perfect body is unhealthy, but not self-aware enough to do anything to change it. Instead, he sits for hours swapping nude photos with other gym rats around the country on Grindr who he knows he will probably never meet. His conversations with friends revolve around goal weights and parties, lacking the depth he claims to want in his Instagram captions. He feeds into his own self-loathing, making no moves to break himself from the cycle.

Into?’s short chapters highlight the fleeting nature of Platt’s life in Los Angeles. Some chapters cover whole trips out of town or entire relationships. Most of the men featured in the story are flashes in the pan, forgotten as soon as they leave the room. Morgan writes in a conversational, stream-of-consciousness style, akin to recounting a hook-up over drinks at the bar.

Walking the line of satire, Into? can be a difficult read. Platt is, in some ways, a caricature of the partying gay man who refuses to grow up. Morgan provides enough depth to the character to pull it closer to the realm of complexity.

To the uninitiated, Into? is loosely based on Morgan’s own London Preppy blog circa 2007-2014. Morgan and Platt have a lot in common: both are immigrants living in LA by way of London (Platt from Germany, Morgan from Greece), both put forth a hypermasculine persona and both have partaken in ‘the scene.’ These autobiographical notes haunt the novel, evoking confessional undertones.

Morgan manages to simultaneously celebrate and critique ‘the gay scene.’ In Platt’s world, a single encounter over a few hours can have as many twists and turns as a classic love affair, some even taking place only in the digital realm. There is a hedonistic joy which Platt explores in his connection to the gay community. Yet despite texting and swapping nude photos with as many as 27 men at once, Platt never manages to create a deep connection with those around him. He judges other men for their sexual activities, while hypocritically going on three dates in one night. His obsession with the gym is both a method of attracting partners as well as an escape from the femininity often attributed to gay men.

With such close attention and examination of Platt’s internalized homophobia, Morgan’s lack of examination of the whiteness of Platt’s world feels like an uncomfortable oversight instead of an intentional choice. In a book that actively engages in commentary on the fear of femininity and the obsession with impossible body standards in the gay community, it is surprising that Morgan does not make any commentary about the racism in the gay community and its intersection with desire. Occasional comments are made about his specified attraction to “blue-eyed Anglo-Saxons,” but Platt is never made to confront the lack of people of color in his life. It is worth noting that every single man that Platt interacts with in the text is coded as white, despite living in a city that is only 30 percent white.

What invigorates Into? is the self-deprecating wit and honesty when dealing with Platt’s fast-paced, ever-changing life. He says of a boyfriend: “We continue arguing and it quickly escalates. The main point of my arguing is that he’s an unemployable loser and he needs to get the hell out of my space. The main point of his arguing is that I’m a psychopathic stalker who’s obsessed with him. In essence, we are both making extremely valid points.”

Morgan’s humor and insight into the cyber world of gay life make this a must read. Into? offers a strange ride into, as Out Magazine says, “The Ennui of the Instagay.” When the lights go down on the party and the hook-up leaves the apartment, readers are left with the quiet and empty aftermath of Sodom and Gomorrah. Morgan’s characterization of Platt leans just over the line of parody, looking at the stark loneliness of the morning after.