In the Wake of the Pandemic, San Francisco Goes Al Fresco 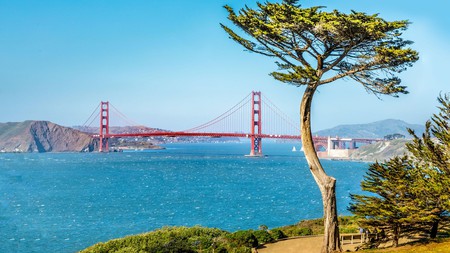 Now the US finally has more relaxed travel restrictions, the major cities are gearing up to welcome visitors once more. Culture Trip takes a look at how San Francisco – where pandemic projects included slow streets and pop-up outdoor dining – has reinvented itself for 2022.

In November, the US borders were opened to international travelers from several countries after almost two years of strict Covid-19 regulations. Major cities such as San Francisco – which generates 25 percent of its economy from international tourism, according to SF Travel Association – is preparing for visitors again. 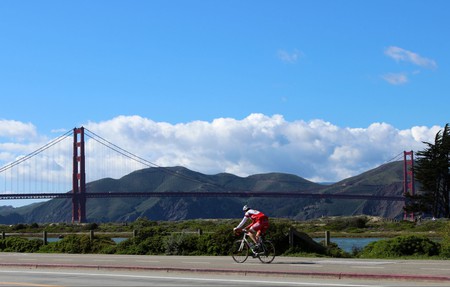 So what’s changed? One thing’s for sure: it pays to be vaccinated here. In August 2021, it became the only US city to enforce a vaccine mandate, making it impossible to enter most indoor venues – restaurants, bars, museums and more – without proof of full vaccination. Wearing masks is also widely observed and mostly unchallenged.

It isn’t only the collective adherence to precautions that has helped San Francisco adjust so quickly to the new normal. There’s also been a focus on constructing and enhancing outdoor spaces across the city, allowing people to spend more time in the fresh air. 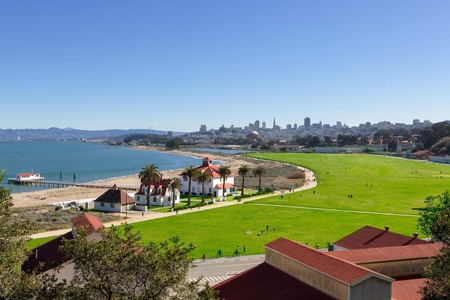 With more than 200 parks and open areas, San Francisco is already one of the greenest cities in the US. On its northern tip is the Presidio, a sprawl of forest, hiking trails, scenic overlooks, the sandy Baker Beach and cosy hotels in former military buildings (including the closest hotel to the Golden Gate Bridge, the Lodge at the Presidio).

This green oasis is expanding even further in 2022 with the opening of the Presidio Tunnel Tops in spring. Designed by the firm behind the High Line in New York, this 14-acre (6ha) park on top of roadway tunnels will connect the heart of the Presidio with the waterfront at Crissy Field. It’s set to become a San Francisco must-visit with meadows, plazas, campfire circles and unmatched Golden Gate views. 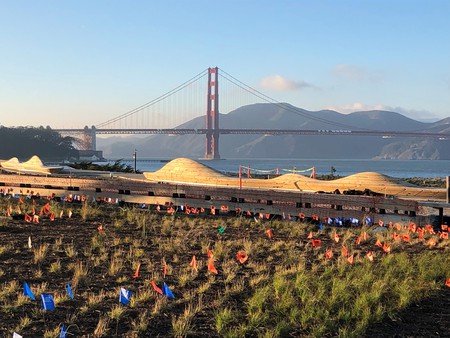 It joins the likes of Salesforce Park – an elevated park tucked between skyscrapers atop the four-block Transit Center (opened pre-pandemic) – in an ongoing effort to maximize outdoor space in the famously dense metropolis.

City planners bolstered this effort by using quieter roads during lockdown to improve and expand the bike lanes of downtown San Francisco. More than 30 “slow streets” were also established across the city to create additional space for residents to gather, exercise and generally spend more time outside. Four of them have already been made permanent features.

The expansion of bike lanes and slow streets is welcomed by Nick Hormuth, owner of Dandyhorse SF Bike Tours. While the pandemic forced many tourism businesses in San Francisco to close, he used the time to build electric bikes that had the power to glide up the highest hills in the city. The one-man company now offers a series of hyper-local electric bike tours, with a focus on authentic local food and culture. 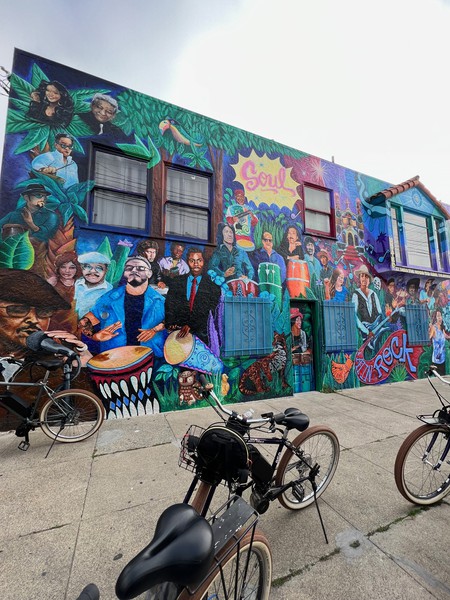 A similar approach was taken by Allan Graves, founder of San Francisco Love Tours. Graves used the time to double down on his business idea, repainting his 1960s-themed Volkswagen busses and investing in more vehicles and people. After a pause in tours during a stay-at-home order, the company officially reconvened in March 2021.

Graves is confident his business will outlast the pandemic and that his “hippied-out” bus tours will become a must-do San Francisco activity. “I want the Love Tours to become the staple tour company of San Francisco,” says Graves. “When I die, I want these Volkswagens to continue to roll around the city, making people happy.”

While the San Francisco restaurant scene was hit hard by Covid, one saving grace for the hospitality industry has been the widespread prevalence of parklets. Much like the slow streets initiative, these open-air dining and seating areas were installed during the pandemic and have since been made permanent. As a result, the city is enjoying a burgeoning al fresco dining scene, with bustling parklets on almost every sidewalk in foodie hotspots such as Chinatown and North Beach. Though this offers a lifeline to many restaurants, that’s not to say they’re without their issues. 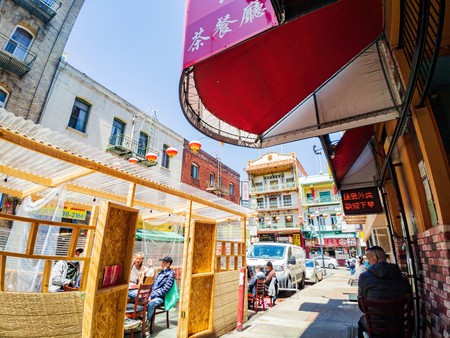 As for the arts scene, the city continues to be one of the great creative hubs in the US. There are, of course, a handful of world-class museums here, but outside the MoMA and the de Young is an incredible selection of free, open-air, publicly accessible art.

Annual festival of light Illuminate SF will enjoy its 10th anniversary in 2022, featuring large-scale light installations across the city from renowned international artists. Meanwhile, colorful murals adorn walls all over, with the most notable found in the Mission’s Balmy Alley. These powerful works of activist art tell the story of the neighborhood over the last 50 years. 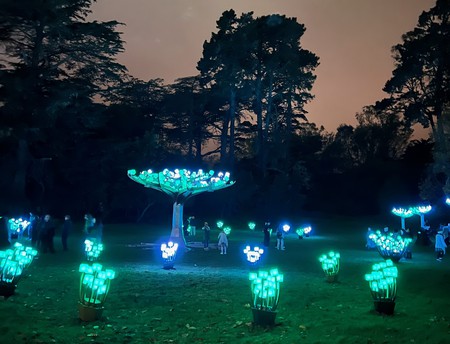 Despite the downfalls of the city (unaffordability being the most common qualm), San Franciscans are palpably proud of it. At a Sunday evening performance of ‘Dear San Francisco‘ at Club Fugazi in early December, acrobats paid homage to the city while masked and vaccinated locals cheered loudly from their designated seats. It is a fitting representation of the creativity, community and collective consciousness found here, and an example to the world of how to embrace our new normal.