How to Spend Three Days in San Diego 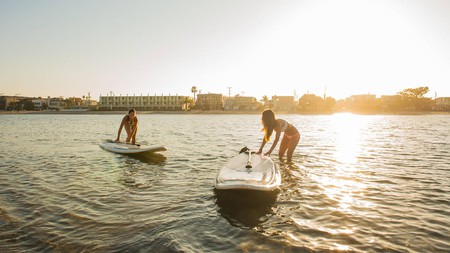 Surf, sunsets and sultry evenings in San Diego’s eclectic neighbourhoods make for a fabulous long weekend – there’s so much more on offer than the standard city sightseeing.

Nowhere shows off California’s beach life better than San Diego. The beach city has the perfect mix of Pacific coastline and downtown chic, with a healthy dose of contemporary culture thrown in – it’s got everything from Comic-Con International to rooftop bars with heavenly sunset views, plus you’ll find the best tacos in the US on the seafront. 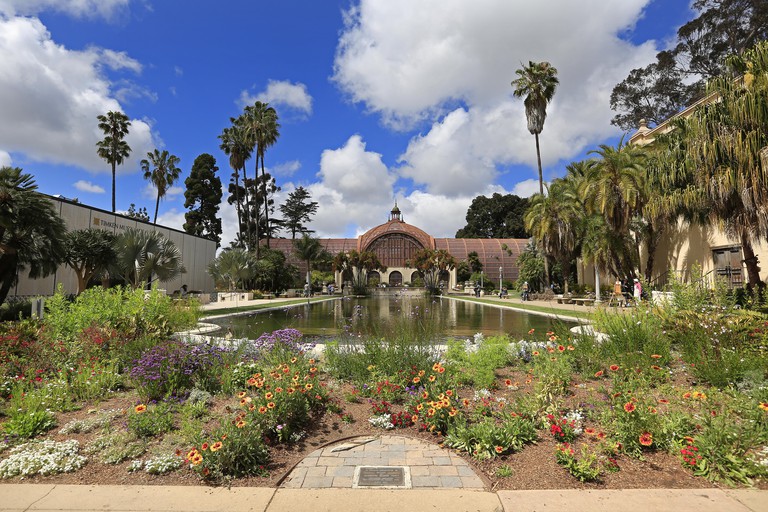 The Lily Pond in Balboa Park | Courtesy of San Diego Tourism
San Diego is big and beautiful and nowhere shows this better than Balboa Park, a 1,200 acre (486ha) cultural oasis that covers more ground than New York City’s Central Park, home to 17 museums, art institutions and performance venues, as well as wild patches of parkland. Many of Balboa Park’s attractions are in the southwest corner, so enter on El Prado. The most picturesque spot is by the lily pond in front of the Botanical Building – the views in either direction are Insta gold.

Delve into the best museums 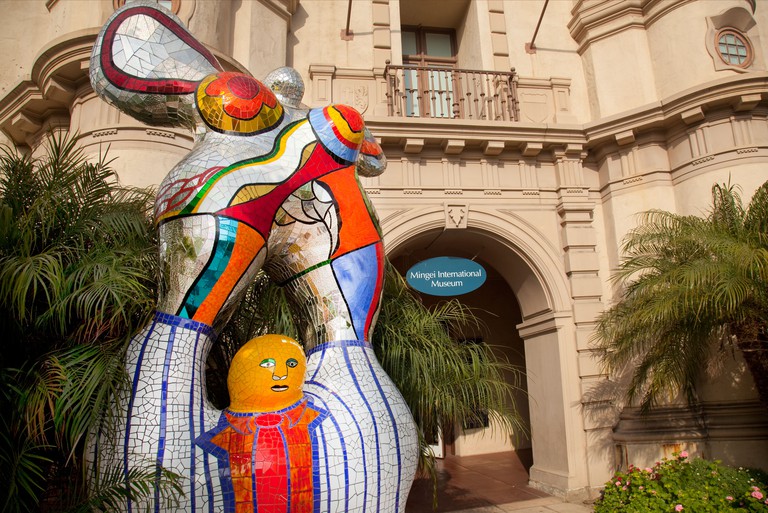 The Mingei International Museum in Balboa Park | © Randy Duchaine / Alamy Stock Photo
From here, take your pick of the museums and galleries. Top of the list is the new Comic-Con Museum, a hands-on space celebrating popular culture, opened to sate the demand of fans impatient for the annual get together. Others worth visiting are the Mingei International Museum, which celebrates human creativity, and the Centro Cultural de la Raza, which creates, promotes and preserves Chicano, Mexican, Native American and Latinx art and culture. And don’t miss the Old Cactus Garden, tucked behind the Marie Hitchcock Puppet Theatre, for some grand home interior inspo.

Take your pick of the nightlife 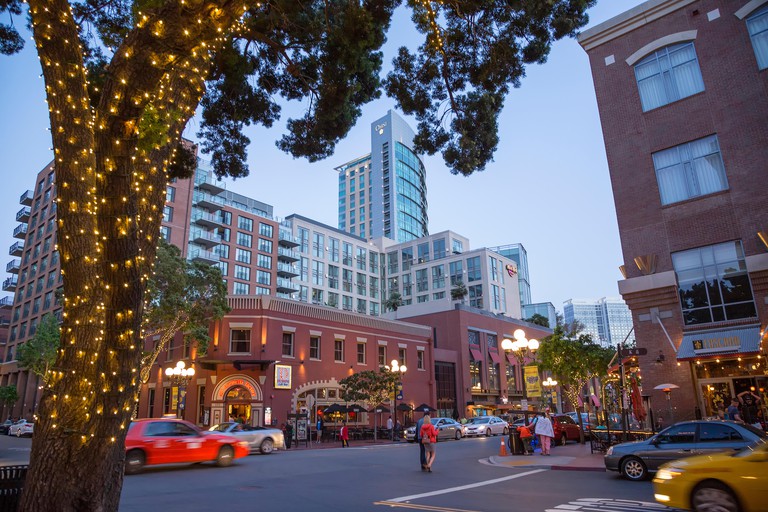 Downtown San Diego | © Julia Hiebaum / Alamy Stock Photo
After a day in the park take your pick from two of the city’s best nightlife districts, both nearby. Depending how the wind blows you, to the north is Hillcrest, San Diego’s most LGBTQ-friendly neighbourhood (drink wine and eat farm-to-table Italian at Rusticucina); to the south is the Gaslamp Quarter, with some of San Diego’s oldest Victorian-style buildings and plenty of cocktail bars, clubs and restaurants (beautiful Callie is a fave, technically in neighbouring East Village).

Day two in San Diego is all about the Pacific Ocean. The city has 70mi (113km) of coastline, so there’s more than enough for everyone. If you’re in town for longer than three days, visit La Jolla, a smart enclave with pine trees, rugged cliffs and secluded houses (Alicia Keyes lives here), but if time is tight focus on the main strip of Pacific Beach, Mission Beach and Ocean Beach.

Get your surf on 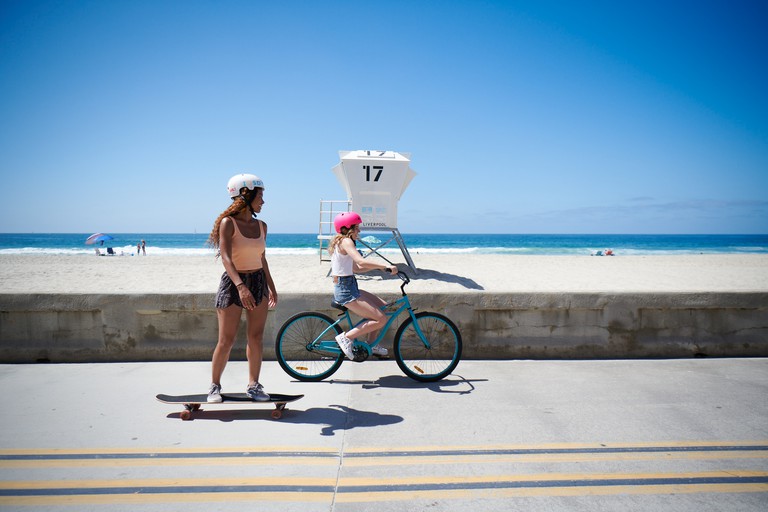 Mission Beach boardwalk | © Chris Straley
The best way to explore the Mission Beach boardwalk is by bike, specifically a laid-back, low-slung cruiser hired from Mission Beach Rentals on the seafront. Then channel your inner surf dude in a lesson with the Pacific Surf School, a 10-minute ride north, at Pacific Beach. You’ll typically find waves to suit all abilities here, and the water is warm enough to not need a wetsuit.

Choose your own adventure in Mission Bay 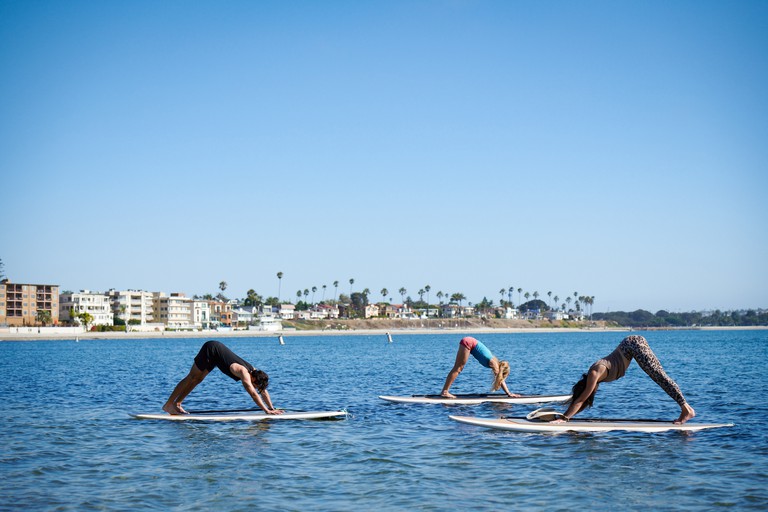 Mission Bay is the ideal place for downward-facing dog | © Chris Straley
Mission Bay is a huge man-made saltwater lake with a large network of inlets and islands to explore. This 4,600 acre (1,862ha) aquatic playground – the largest of its kind in the world – has been purpose built for adventurers, with opportunities at every turn to go kite surfing, wake boarding, fishing, sailing, jet skiing and stand-up paddle boarding. When you’re all adventured out, light up the barbecue or set off on a relaxing moonlit cruise on Bahia Belle.

Catch the sunset from a rooftop bar

Bar, Cocktails, $$$
Facebook
Email
Twitter
Pinterest
Copy link
Share
If you still have some late afternoon to fill, settle in with some beachfront cocktails at one of the best rooftop or patio bars in Pacific Beach – El Prez and its spicy margaritas or the Mavericks Beach Club with outdoor games are favourites. Let the music play and the pretty drinks flow as the sun begins to set.

Ride a ’coaster at Belmont Park 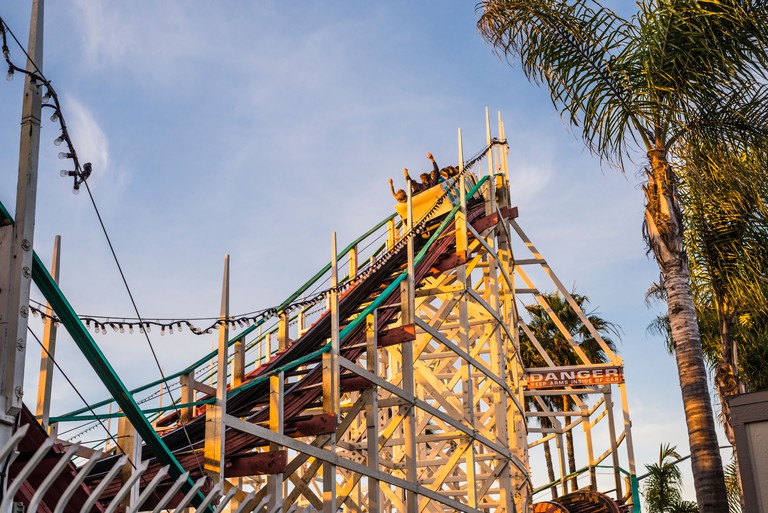 Today is all about exploring San Diego’s heritage and culture. Known as the birthplace of California, and home to the Kumeyaay people for 12,000 years, San Diego has a disputed history – the Spanish laid claim to the land in the mid-16th century before the Mexican War of Independence ended Spanish rule in 1821. 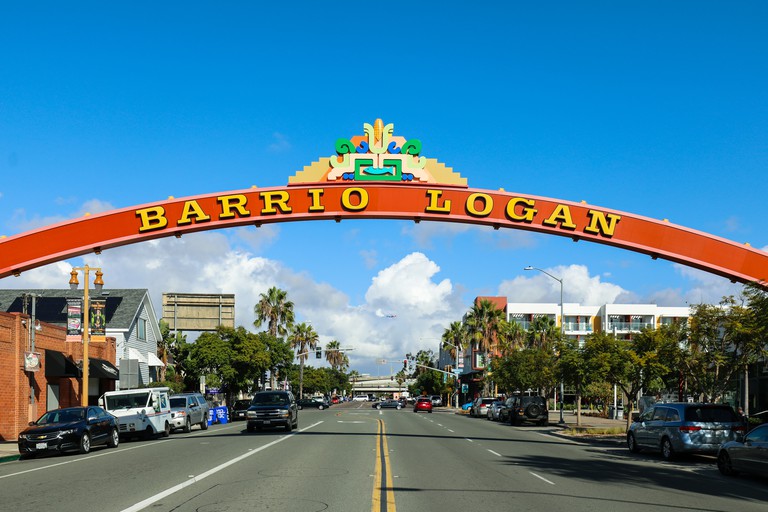 Walk through the murals in Chicano Park 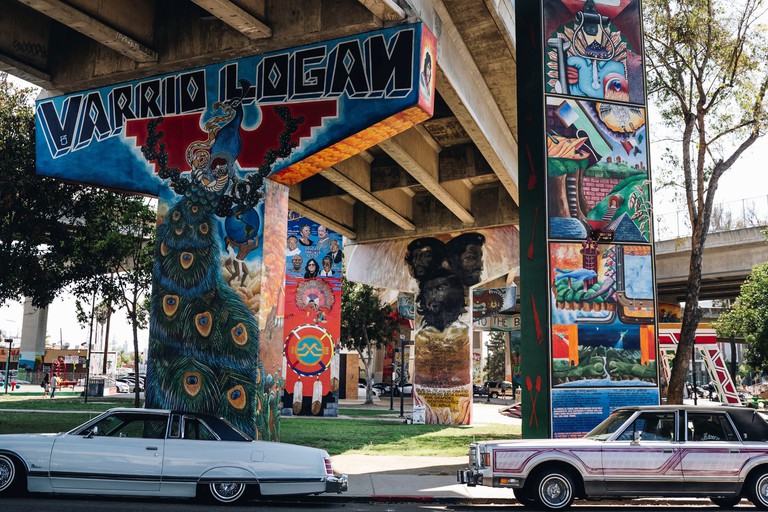 Chicano Park | © Diego Lozano / Unsplash
While in Barrio Logan, head for Chicano Park to see the world’s largest collection of Chicano murals, which depict the life and struggles of San Diego’s Mexican community. Next is either Bread & Salt or La Bodega, warehouses-turned-galleries that highlight DJs, artists and musicians. 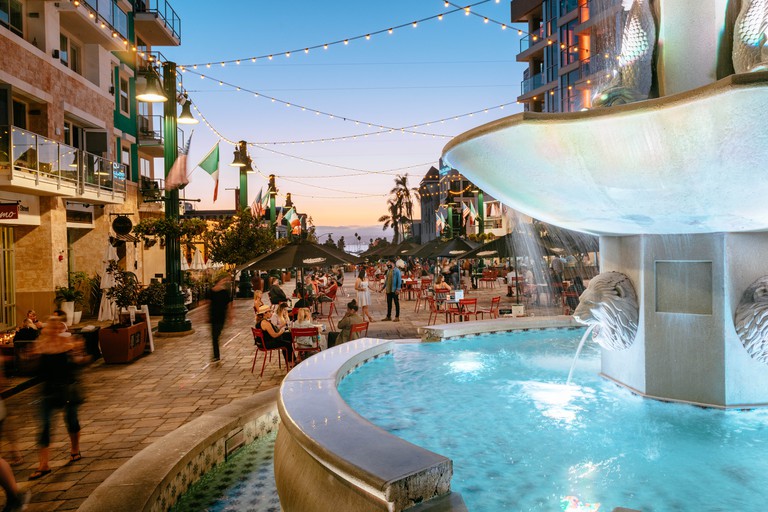 Piazza Della Famiglia | © Myles McGuinness
Ferry back across the harbour – this time to Broadway Pier – and walk into chic Little Italy for dinner. Start with a wander through the neighbourhood epicentre, Piazza Della Famiglia, a beautiful 10,000sqft European-style piazza on W Date Street. Take an evening passeggiata through Waterfront Park, bag a patio table at the Little Italy Food Hall and finish the night with strong drinks at False Idol, a tiki bar hidden within Craft and Commerce.

From parks and piazzas to art and architecture, discover the delights of San Diego’s unique neighbourhoods for yourself. Visit sandiego.org to start planning your trip today.