How To Spend 24 Hours in North Beach, San Francisco 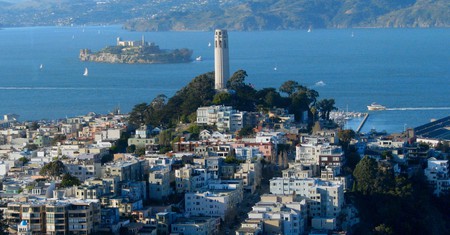 Coit Tower atop Telegraph Hill in San Francisco, California, is one of the city's top attractions | © Daniel J. Macy / Shutterstock

With its numerous tourist attractions, restaurants and pedestrian-friendly streets, North Beach is a must for visitors. By starting early and devoting a full day to strolling, visitors can easily accomplish this one-day itinerary for exploring one of San Francisco’s most inviting neighborhoods. 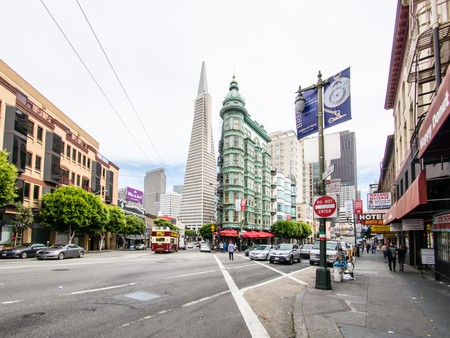 An early start is key in North Beach, as its numerous tourist attractions draw large crowds. A mainstay at the corner of Stockton and Filbert for over 50 years is family-owned Mama’s on Washington Square, whose long lines demand early arrival. Choose from a range of eggs benedicts, and be sure to leave with some baked goods and jams courtesy of the adjacent Mama’s Bake Shop.

An icon of the San Francisco skyline, Coit Tower is one of the city’s most popular attractions. After breakfast, walk to Telegraph Hill where Coit Tower stands at 210 feet (64 meters) high. Take the elevator to the top for open-air, 360-degree views of the city, the Marin Headlands and the Golden Gate Bridge. Along the base of the tower are Works Progress Administration (WPA) murals depicting city scenes and social issues from the 1930s. 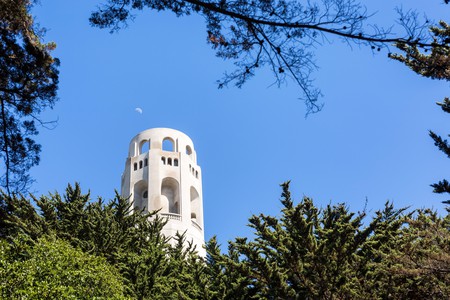 San Francisco’s Italian enclave known as Little Italy is located in North Beach, and there is no shortage of Italian delis, pastry shops and cafés to patronize. Grab some picnic supplies at Molinari Deli – try the North Beach Special Sandwich – and pick up cannolis from Victoria Pastry, both within walking distance of Washington Square Park. Though more low-key than Fort Mason and Mission Dolores Park, Washington Square is typically teeming with visitors and makes for a great people-watching spot.

Grab an espresso at an Italian cafe

For an afternoon pick-me-up, stop at Caffe Trieste or Mario’s Bohemian Cigar Store Cafe for an espresso. Here is a spot to pause and soak up the Little Italy atmosphere of the neighborhood, made famous by its world-class cuisine, quaint sidewalk scenes and rich history. Though Caffe Trieste and Mario’s Bohemian Cigar Store Cafe are neighborhood institutions, there are plenty of other cafés to choose from as well – it’s virtually impossible to go wrong while wandering North Beach back alleys and side streets. 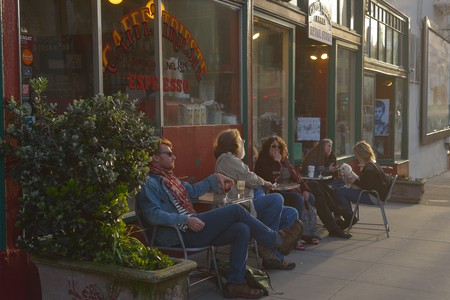 Located right on Columbus Street, City Lights Bookstore is a San Francisco landmark, dating back to the 1960s as a popular meeting place for icons of the Beatnik generation. The bookstore supports both major and independent publishers and carries postcards, photos and T-shirts – avoid the tourist traps elsewhere and pick up souvenirs here. City Lights also frequently holds author signings and readings, so be sure to check its calendar of events. 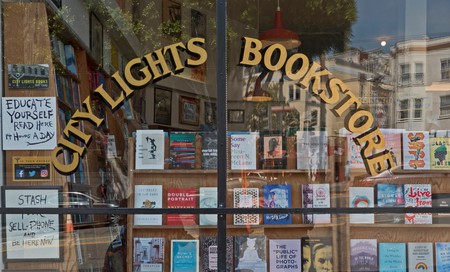 Dine at some of North Beach’s best restaurants

North Beach has no shortage of restaurants that can take you off the beaten path of well-worn tourist traps. Overlooking Washington Square Park is the sophisticated Park Tavern, which offers hearty dishes such as wood-fired eggplant and pan-seared sea bass plus an extensive cocktail list. The unassuming yet popular Don Pistos has a low-key ambiance – think long wooden tables, exposed brick and string lights – but serves some of the best tacos, tamales and tequila outside of the Mission. If you’re still in the mood for Italian, Da Flora is the spot for authentic Italian dishes over candlelight.

Cap off your night with a drink

While you won’t find thumping clubs or packed dance floors, North Beach does have a variety of bars that range from cozy speakeasies to old-school haunts. Tucked down a back alley is 15 Romolo, an intimate, dimly lit bar with an inventive cocktail list that best serves those looking for a strong drink while having a conversation. Vesuvio Cafe is steeped in history as it was a popular meeting place for Beatnik icons such as Jack Kerouac and Allen Ginsberg. Today, Vesuvio Cafe has an artistic vibe with menu items such as the “Bohemian Coffee”: brandy, amaretto and a twist of lemon. The Devil’s Acre is a dimly lit, apothecary-themed bar whose bartenders whip up old-fashioned cocktails to which you can add “remedies” such as the Love Potion, which includes red rose petal, cacao and vanilla bean, or the “Energy Boost,” a combination of Siberian ginseng, maca and cinnamon. 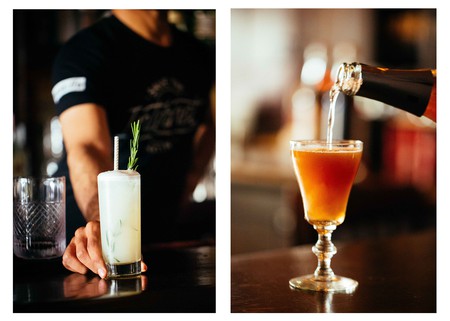 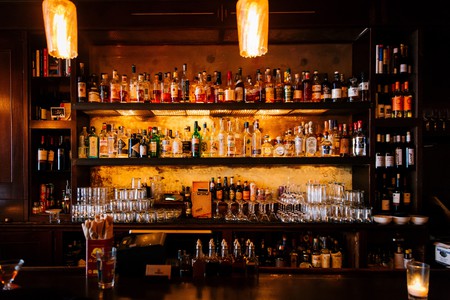