The classic movie-goer experience is alive and well at the Grand Lake Theater. As a distinctive and historical feature of the Lakeshore district of Oakland California, the Grand Lake is a staple of the community. 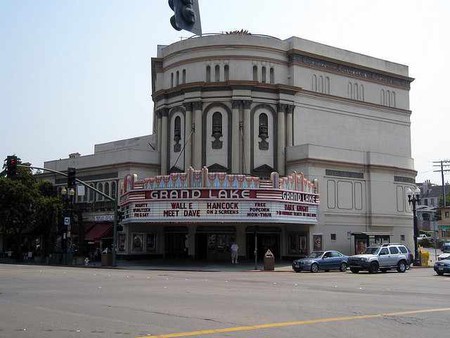 While many businesses and restaurants have come and gone in the lakeshore district of Oakland, one historic property has stayed the same. The Grand Lake Theater, which originally opened in 1926 as a single screen silent movie theater, sits with its old-fashioned marquee at the corner of Grand and Walker. This landmark of Oakland provides a unique movie experience due to its décor, pricing and distinctive owner.

Staying true to its original design, the Grand Lake Theater’s interior and exterior transports customers to a different time. With extraordinary red and gold carpeting, art deco designs and themed screening rooms, the 1920s unique style has been preserved. Additionally, the continuation of a Wurlitzer organ on Saturdays makes the Grand Lake unlike any other movie theater around. The main auditorium located on the first floor is the original single screen of the Grand Lake, providing a dramatic stage and curtain drawn screen along with intensely detailed art deco walls and sealing.

As an independently owned and local theater, it has had a stable presence in the Oakland community. With movie attendance having gone down significantly in the modern age, independently owned theaters often struggle to survive. However, the Grand Lake is unique in several ways, one being its pricing. Matinees are only $6.00 for all shows before 5:45, a rate that is unheard of these days. Additionally, there is a discount every Tuesday, with tickets at only $5.00. Lastly, free popcorn is given out every Wednesday to all moviegoers. 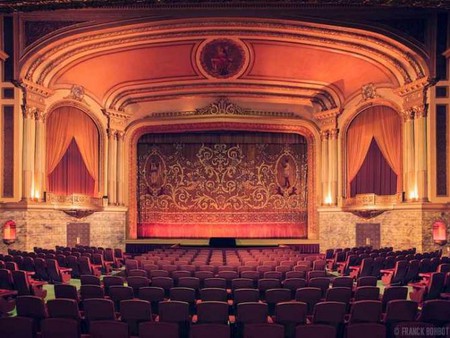 The man behind the maintenance of this magnificent décor and tactful prices has also added to what makes the Grand Lake Theater so distinctive. Allen Michaan has made himself known in the community for two reasons, one being his strong motivation to keep the Grand Lake open and running. The second reason is slightly more controversial. Michaan’s use of Grand Lake’s marquee has not only been to display movie titles, but also as a political message board.

When walking or driving on Grand Avenue, you may witness catchy sentences and arguments addressing local or global contemporary issues. These messages are always liberal, one of the most notable being a statement concerning hanging chads after the 2000 presidential election. While this has caused some controversy amongst the few local Republicans, Michaan’s political stances displayed across the marquee have added to the likability of the historic and quirky independent theater. 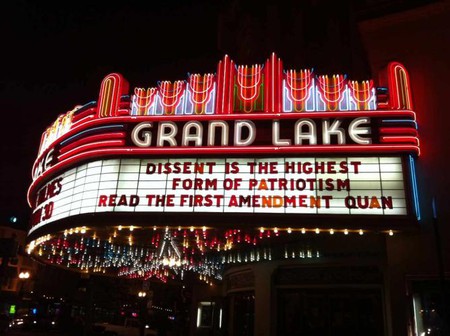