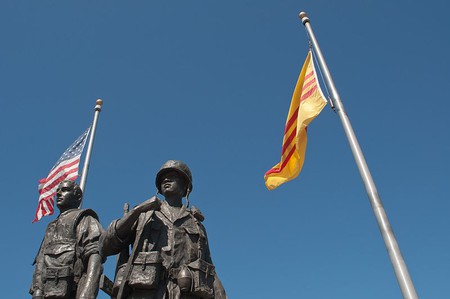 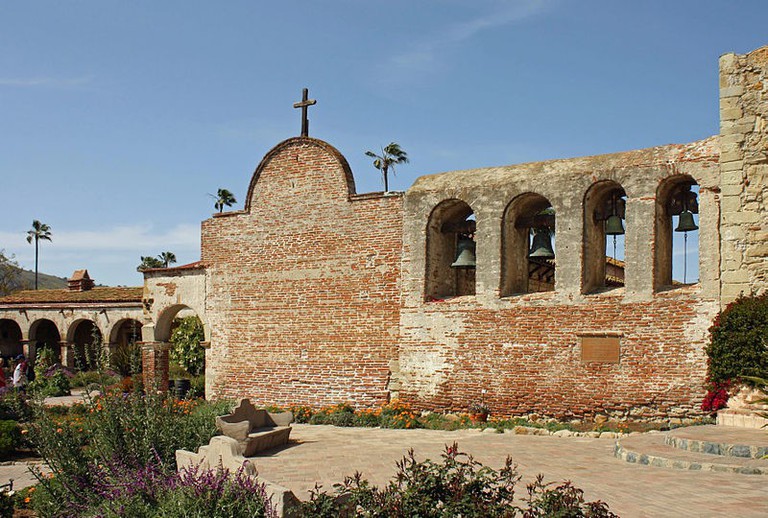 Mission San Juan Capistrano | ⓒ Bernard Gagnon/Wikimedia
Back in the 1700s, Spanish Franciscan priests established 21 missions stretching throughout California in order to ‘settle’ the land as well as convert existing populations to Catholicism and Spanish customs. In what would later serve as the area for Orange County, Mission San Juan Capistrano was founded in 1775-6. The mission still serves a prominent role in the city of San Juan Capistrano, as a Swallow’s Day Parade on March 19th is held, celebrating how the American Cliff Swallows fly from Argentina to nest at the mission during the summer months. The Great Stone Church is in an ideal location, and since an earthquake in 1812 destroyed some of the structure, it is easy to wonder around the now unusable building.
Open In Google Maps
26801 Ortega Highway, San Juan Capistrano, California, 92675, USA
+19492341300
Visit Website
Give us feedback 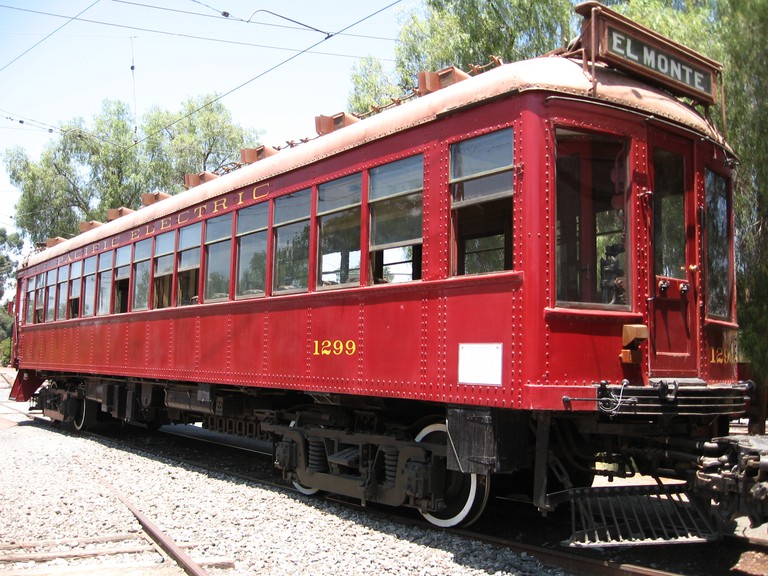 While today Southern California is known for its jam packed freeways and insufficient public transportation system, back at the turn-of-the-century, the Pacific Electric Railway ran through Los Angeles, Riverside, San Bernardino, and Orange County. Known in shorthand as the Red Car system, it served to connect many areas of Southern California up until it started to disappear throughout the 1940s and 50s, with most of the railway made into the freeways. While it remains a virtually erased part of Southern California history, an old rail car is located on an island of grass in Seal Beach. Photos and time period artifacts are on display in the museum inside, offering a glimpse into the public transportation that could’ve been.
Open In Google Maps
Los Angeles, California, USA
Give us feedback 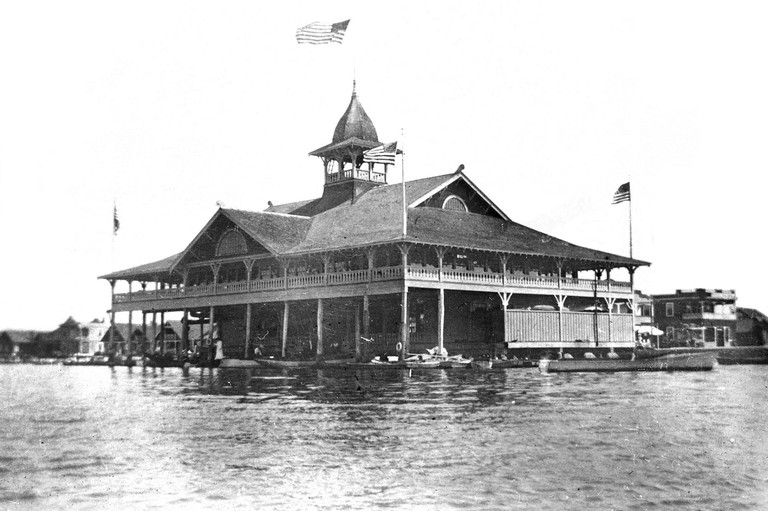 Balboa Pavilion in the early 1900s | Photo courtesy Orange County Archives.
The Balboa Pavilion contributed much more than a waterfront amusement park. The Pavilion was built in 1906 in order to facilitate waterfront activities as well as attract people to the area. In the 1920s and 30s, big band music was played in the Pavilion, leading to the development of a new dance known as the Balboa Shuffle, Hop, or even just the Balboa. It is a type of swing dance that involved partners staying much closer to one another instead of swinging out as would normally have been done, possibly to save space in what would’ve been a cramped pavilion. It became popular throughout the country as yet another Southern California contribution to entertainment.
Open In Google Maps
400 Main Street, Balboa Peninsula, Newport Beach, California, 92661, USA
Visit Website
Give us feedback

While Orange County is often seen as a mecca of rich white conservatives, it may be surprising to learn that the county is home to the largest Vietnamese-American populations outside of Vietnam. After the Vietnam war and in the decades that would follow, refugees were taken to central spots around the country, one of which was Orange County. Refugees found sponsors among the many churches throughout the conservative area, allowing for settlements in Garden Grove and Westminster in particular, where now as much as one-third of the population is Vietnamese or Vietnamese-American. This led to an astounding variety of Vietnamese shops and restaurants, most prominently the Asian Garden Mall in Westminster. To commemorate the origins of the community, a Vietnam War Memorial is also located in Westminster. 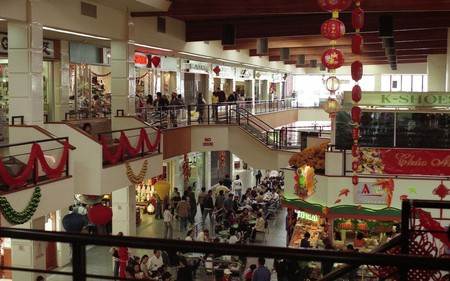 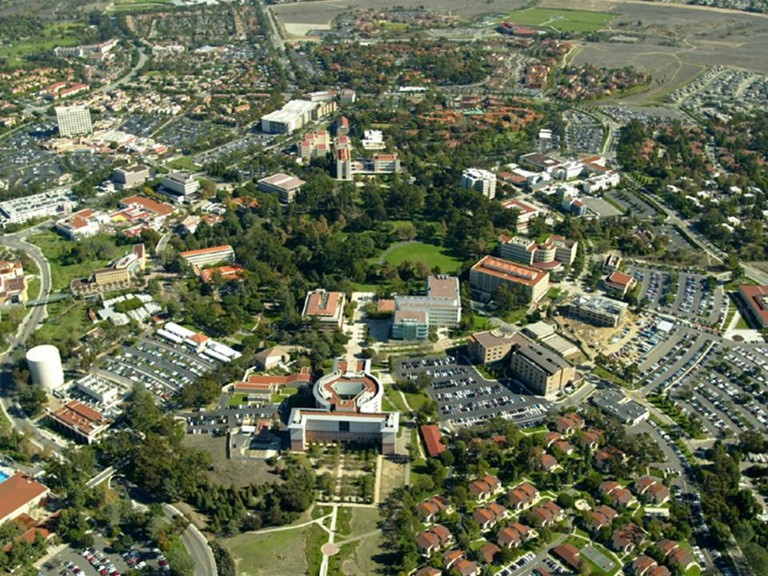 An aerial view of the University of California, Irvine and some of the city | ⓒ Complex01/Wikipedia
Today Irvine is known as one of the safest cities in the United States, consisting of suburban housing, corporate development and the University of California, Irvine. With such a well established and thriving economic community, it’s easy to forget that the area was almost entirely farm land up until the late 1960s and 1970s, tracing back to Orange County’s original roots as an agricultural center. After a dedication by President Lyndon B. Johnson in 1964, UCI opened in 1965 with land bought from the Irvine Company for $1. Following the university’s establishment, the nearby area was developed as a suburban paradise to surround the school. In 1971 Irvine became incorporated and has continued development mainly under the Irvine Company to the present day, with a business district housing the headquarters for major companies such as Kia Motors, Blizzard Entertainment, and Taco Bell. In the span of a lifetime Irvine has gone from rural agricultural land to a booming business center.
Open In Google Maps
Irvine, California, USA
Give us feedback
Give us feedback