Here's Why Coffee in California Will Carry a Cancer Warning 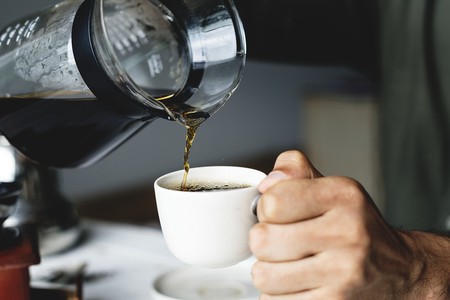 Forget sugar and cream, coffee in California may soon come with a cancer warning, due to a recent court case. However, it’s not as dire as it sounds. Here’s a breakdown of what this really means.

Why is this happening?

It all comes back to Proposition 65. Prop. 65 is a California law that requires businesses to warn customers if their products contain certain carcinogens or toxic chemicals that can cause cancer, birth defects, or other reproductive harm. The list of chemicals is extensive and is part of the reason why so many items—from parking garages to pumpkin puree—come with cancer warnings in the state.

Ok, but why is coffee on the list now?

Coffee contains a trace amount of a chemical called acrylamide, which is produced when the beans are roasted. Acrylamide is also found in cigarette smoke, and can be formed when cooking certain starchy foods at high temperatures, according to the American Cancer Society. This means it’s also found in french fries, potato chips, and some bread products.

In 2010, the Council for Education and Research on Toxics filed a lawsuit targeting several companies that sell coffee, including Starbucks, for not advising customers that their morning joe contains acrylamide and therefore could cause cancer.

At the end of March, a Los Angeles judge found the coffee companies in violation of Prop. 65 by showing that they failed to prove that drinking java is more beneficial than harmful, according to Associated Press. In a previous phase of the trial, the judge also ruled that the companies failed to prove that the risks from acrylamide were insignificant. 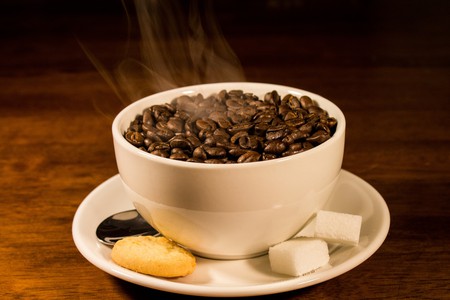 So what do experts say about it?

Whether or not coffee can cause cancer is still up for debate. A study using rodents is heavily cited as the supporting evidence for acrylamide increasing the risk of cancer. But the amount of acrylamide the rodents were exposed to was significantly higher than the amount humans consume in food.

“Adults with the highest consumption of acrylamide could consume 160 times as much and still only be at a level that toxicologists think unlikely to cause increased tumors in mice,” David Spiegelhalter, a Professor of the Public Understanding of Risk at the University of Cambridge, told Popular Science.

J. Leonard Lichtenfeld, the American Cancer Society’s deputy chief medical officer, agrees that the evidence is lacking. “There are no well-done human studies that answer the question definitively,” he said in an interview with the Washington Post. “What research there is indicates that the human body does not absorb the chemical at the same rate as rodents do, and we also metabolize it differently.”

The AP reports that companies found in violation of the law could be charged up to $2,500 in civil penalties per person affected each day over the past eight years.

Once the case is finalized, companies will be required to prominently display signs warning customers that their cup of joe may cause cancer.