Here's What Al Capone's Jail Time at Alcatraz Was Like 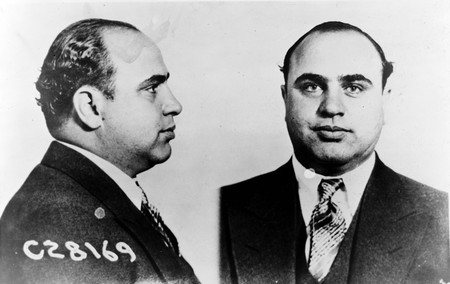 Al Capone was one of the most notorious gangsters of all time. During Prohibition, he lived the fast life, rolled in money, and committed crime after crime he thought he’d get away with. But he was headed to a place just as notorious as he was — Alcatraz — 22 acres of pure discipline in the middle of the chilly San Francisco Bay.

History of The Rock

When Spanish Lieutenant Juan Manuel de Ayala, one of the first Europeans to sail through Golden Gate, saw Yerba Buena Island in August of 1775 he called it the Isla de los Alcatraces, which translates to The Island of the Pelicans. This is because of all the brown pelicans de Ayala saw, but the name later morphed into Alcatraz.

In 1847, a military prison was built on Alcatraz, which opened in the 1850s. The island was also the home to the first lighthouse on the West Coast, in 1854. It wasn’t until August 11, 1934 that the Alcatraz we all know came to be. It was a federal prison, a concrete and steel box that gained notoriety for containing the worst criminals. From 1934 to 1963, 1,576 hardened criminals, including Machine Gun Kelly, “Birdman of Alcatraz” Robert Stroud, and Al Capone, called “The Rock” home.

In 1972, Alcatraz became part of the National Recreation Area, after a two year occupation (1969 — 1971) by a group of Native American activists, led by Mohawk Richard Oakes. The group cited a 1868 treaty that granted unoccupied federal land to Native Americans as motivation and right to take over the island. It wasn’t until 1986 that Alcatraz became a National Historic Landmark, and today it serves as one of San Francisco’s main tourist attractions. Every year the Escape from Alcatraz Triathlon challenges athletes to do what was once deemed impossible–swim from the island to the shores of San Francisco. 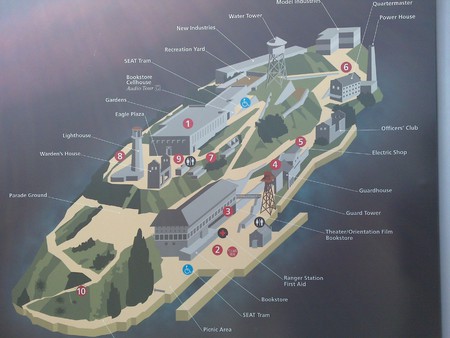 Alphonse Gabriel Capone, a.k.a. Scarface (a nickname given after a fight, when his face was sliced with a blade), was destined to become an Alcatraz inmate. His life of crime started as a child, when he ran with street gangs. At 20, he moved to Chicago, a town he quickly became the boss of. By 1924, bootlegging, prostitution, gambling, murder, and — some say, bullying people for protection money — was making him $100,000 a week. It is estimated that his net worth today would be $1.3 billion. To offset this, Al Capone would give back to the community regularly. He was idolized by many, but others wanted to see him behind bars.

Capone lived a life of crime, committing everything from bootlegging to murder. So what was it that got him sent to the toughest prison in the U.S.A.? Tax evasion.

In 1931, Al Capone was tried and convicted of not paying taxes, in an effort by authorities to finally put him behind bars for a long time. Sentenced to 11 years in federal prison, he first served time at the Federal Penitentiary in Atlanta. By bribing the guards, he lived in a cell with amenities other prisoners didn’t get. 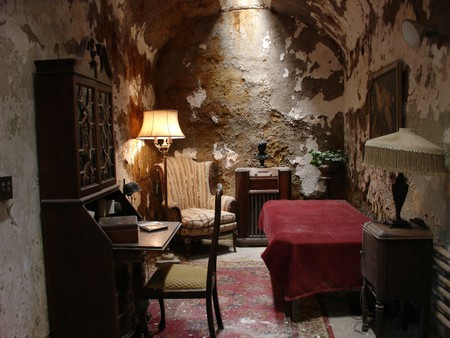 But, it was decided that he needed reforming, so was transferred to Alcatraz on August 22, 1934, with the first group of inmates to stay on The Rock. Inmate AZ #85 was 35 years old. He immediately tried to assert his dominance and bribe his way to control. Alcatraz’s first warden, James A. Johnston, shut down that idea, to which Capone said: “It looks like Alcatraz has me licked.” 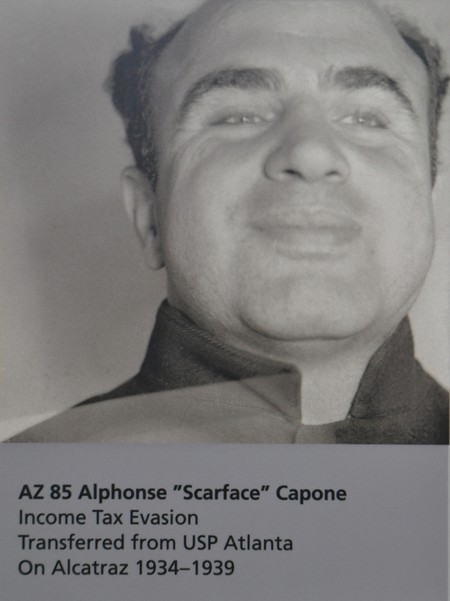 The prison wasn’t always dreary. Johnston believed that having good food would keep inmates from rioting. Three meals were served a day, and prisoners could get more servings if they finished their previous plate. One inmate was kept in each cell, which was safer. Monthly movies were shown for those exhibiting good behavior, as well as access to a 15,000 book library, and 75 magazine subscriptions. Al Capone played banjo in the Rock Islanders, an inmate band. Word is there were prisoners who asked to be transferred to The Rock for these perks. 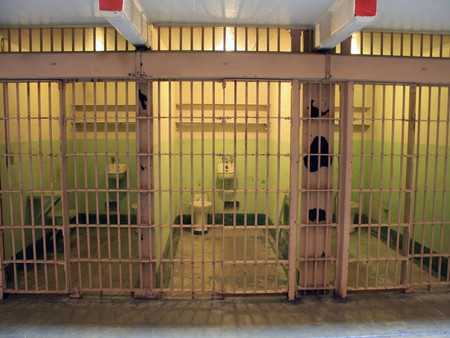 According to inmate Robert Victor Luke, Capone was treated like everyone else at Alcatraz. Boredom was detrimental to inmates and usually led to getting in trouble and having to stay in segregation, or ‘the hole’. Luke felt that reading and the recreation yard were not enough to keep inmates happy. He also stated that attacks on other prisoners usually happened in the shower room. Capone was not immune from such attacks. In 1936, James “Tex” Lucas stabbed Al Capone with half a pair of scissors in the prison barber shop. Luke claims Capone beat Lucas with his banjo in retaliation. 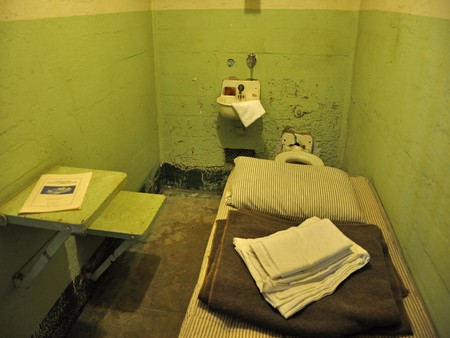 Al Capone served a total of 4 ½ years at Alcatraz. He was suffering from long-term exposure to syphilis, which started to affect his brain, and was transferred to Terminal Island Prison in Southern California for the remainder of his sentence. Capone left Alcatraz on January 6, 1939. Rumor has it that you can hear the ghostly sound of Capone playing his banjo at Alcatraz to this day.