The Incredible Story Of Harriet Tubman, An American Paragon For Social Justice 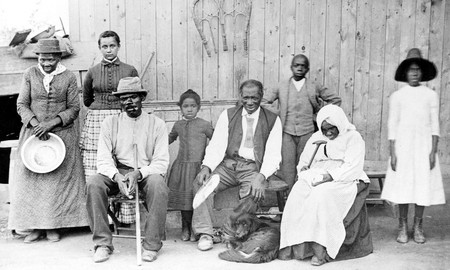 On April 20, 2016, Treasury Secretary Jack Lew announced that the US Treasury would replace former president and slave owner Andrew Jackson with abolitionist leader Harriet Tubman on the face of the $20 bill. This announcement marked the shifting tide in the U.S., as Tubman was the first woman (other than Martha Washington’s brief stint on the $1 bill) to have her countenance represented on an American bill – let alone, the first African-American on U.S. currency. This marked a big step for America, diversifying essentialist cultural narratives. Though many Americans may remember learning about Tubman’s groundbreaking work as a civil rights activist around the Civil War, many are not aware of the magnitude of her contributions.

Tubman was born to two enslaved parents in c.1820 in Dorchester Country, Maryland. She was originally named Araminta ‘Minty’ Harriet Ross and was one of nine children. Her family was torn apart at an early age when one of her three sisters was sold to a distant plantation. When a slave trader approached the family’s master wanting to buy the youngest son, Tubman’s mother was staunch in her refusal to allow her family to be broken up any further. This moment was a poignant one for Tubman, who learned first hand that improvements could be made if people were willing to stand up to injustice.

Though this was a step in the right direction for the Ross family, it was a small victory. The family still endured constant physical violence. Tubman herself carried many scars, but was most affected by a head injury obtained when an overseer demanded that she help restrain a runaway slave. When Tubman refused, the overseer struck her in the head with a weight. This injury left her with seizures, headaches, and narcoleptic episodes for the rest of her life.

At the age of 45, Tubman’s father was freed from slavery. Even though he was now a freeman, he had little opportunity but to continue working as a laborer for his former owners. Though the people that owned the remainder of the family could have freed them all, they chose not to.

In 1844 ‘Minty’ married a freed man named John Tubman and started going by Harriet. Five years later, Harriet fled slavery and moved to Philadelphia by way of the Underground Railroad. Upon traversing the Pennsylvania state line she felt a sense of relief and said, ‘When I found I had crossed that line, I looked at my hands to see if I was the same person. There was such a glory over everything; the sun came like gold through the trees, and over the fields, and I felt like I was in Heaven.’ 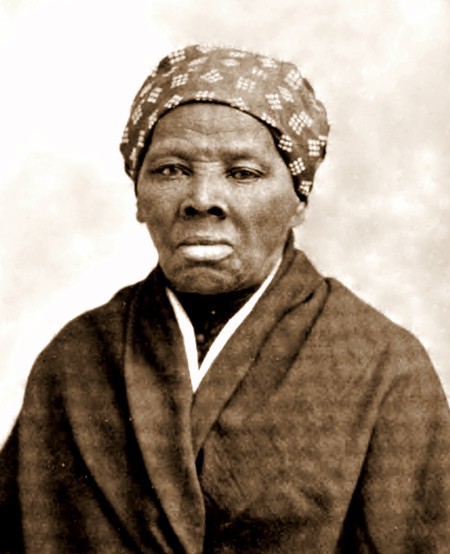 Inspired by the feeling that consumed her once she reached freedom, Tubman resolved to rescue her family and others bound by slavery. In December of 1850 she received a request to guide her niece and family from Baltimore to Philadelphia. This was her first journey of many, as over time she would lead approximately 60 others to freedom through the Underground Railroad. She was so successful at guiding escaping slaves that she earned the nickname ‘Moses.’ However, the Fugitive Slave Law soon threatened Tubman’s mission. The law allowed slaves who had reached free lands to be captured and returned to slavery. Never one to shy away from what she believed in, Tubman brought the Underground Railroad to Canada where slavery was illegal.

Her work with freeing slaves led her to be well known among abolitionists like John Brown and Frederick Douglass. In 1859, an abolitionist named Senator William H. Seward sold some land in Auburn, New York to Tubman, where she would live for many years. She used this land as a homestead for friends of the cause and her family.

Tubman took on an active role once the Civil War began in 1861, working for the Union Army as a nurse and cook. She moved on to become an armed scout and spy, eventually becoming the first woman to lead an armed expedition. She led the Combahee River Raid and succeeded in freeing over 700 slaves in South Carolina. Tubman married a Civil War veteran in 1869 named Nelson Davis, and the two adopted a baby girl in 1874. Though she was a celebrated civil rights leader, she was charitable beyond her financial capability. In 1903 she donated a parcel of her land to the African Methodist Episcopal Church and opened The Harriet Tubman Home for the Aged in 1908.

As she grew older, her health and the head injury she endured at a young age worsened. Eventually she retired to the rest home she had founded and died of pneumonia in 1913 with family and friends all around. She was buried with military honors at Fort Hill Cemetery and continues to be a prominent figure long after her death.