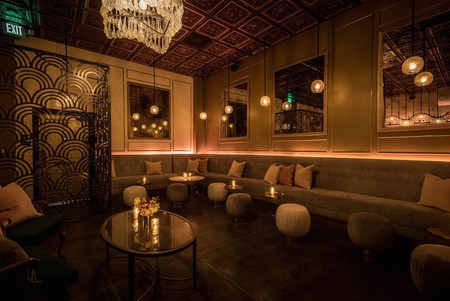 Seven Grand’s got whiskey, Caña’s got rum, Mezcalero’s got tequila and mezcal. But where should the Angeleno who prefers gin drink? Genever, a new speakeasy-inspired cocktail bar in Historic Filipinotown, may be the answer.

One of the best things about Filipinotown’s new cocktail bar Genever, is perhaps that it’s run by three Filipino-American women who conceived the idea on a boozy New Year’s Day. Roselma Samala, Christine “Tinette” Sumiller, and Patricia “Trisha” Perez are longtime friends, dating back to their days at UCLA. On the very first day of 2013, the three friends sipped mimosas after ringing in the new year the previous night. They were discussing the nine-to-five grind and what they envisioned doing for the rest of their lives, and decided they should break away from the rat race and collaborate their professional ambitions. 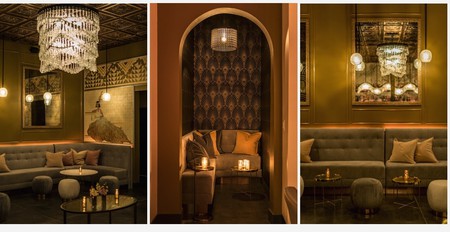 “We wanted to do something that we loved to do together, and I guess it was drinking because we were still drinking together at 10 a.m.,” Sumiller said.

They formed their company, Red Capiz Partners, and crowdsourced over $30,000 via Kickstarter to fund their idea. The result is a small, sultry bar on Beverly, marked with a minimalistic neon sign and entered via an unobtrusive gold door. Notably, it’s also not far from nonprofit Search to Involve Pilipino Americans (SIPA), an organization that provides health and community services to Filipino-Americans, where the three women previously volunteered.

Inside, the handsome bar features concrete floors, patterned wallpaper, an ornate Beaux-Arts-tiled ceiling, glass chandeliers, and gray, banquet seating wrapping around the space. Look around the dimly-lit cocktail lounge and you might see the names of Kickstarter backers in tables, stools, or even on the walls. Artist Emily Caisip’s mural, which depicts a woman in a ballgown, reveals more backers’ names etched into the woman’s feathered skirt.

Genever serves a small list of beer and wine, but the real focus is on gin. The women chose the emphasis not only based on their personal appreciation for the spirit, but because they’d noticed they rarely encountered gin-heavy cocktail menus. Genever, therefore, serves 24 different kinds, including four of its namesake. Genever, as a spirit, is the Dutch and Belgian liquor that Food & Wine calls “the granddaddy of gin.” It’s an herbal liquor made with juniper, yet maltier than your average modern gin. The name Genever was also selected for its feminine ring, Sumiller said.

“We loved going to speakeasies and having craft cocktails, and as we were researching Prohibition we realized there were a few female speakeasy owners that no one talked about. They were the ones hiding the contraband under their skirts, because no one would imagine a woman having a drink. That really motivated us to open our modern take on a speakeasy, but on a brighter, celebratory side,” Samala said.

One of the cocktails—Hello, Suckers!—comes from Texas Guinan, an actress who operated a speakeasy in New York City featuring live music and dancers. She used to greet her patrons with the cheeky phrase. That particular cocktail is made with Plymouth gin, dry vermouth, and orange bitters with a lemon twist and an olive. 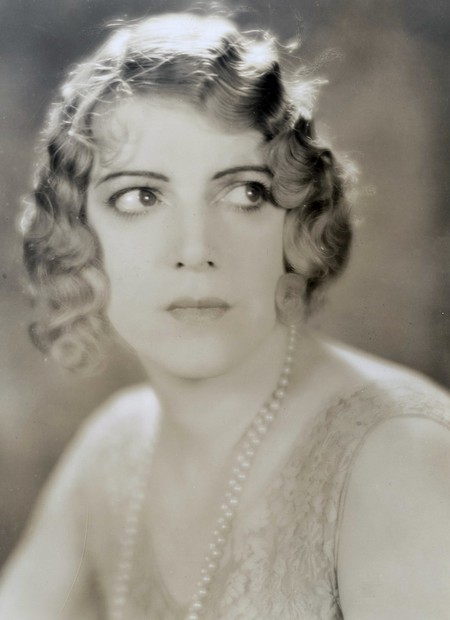 For the Hello, Suckers! and other cocktails, the partners collaborated with bartender Kelso Norris. She worked to create balanced cocktails that incorporated Filipino flavors, as the partners’ request. For instance, the Lost Angel is made with St. George Botanivore gin, Singani 63,aperol, and bitter melon.

“Bitter melon is very familiar and familial ingredient everyone can associate with a childhood memory of growing up as a Filipino,” Perez said.

The Diamonds and Pearls cocktail is made with green tea-infused gin, with coconut and pandan, both of which are commonly used in Filipino food and desserts. The drink is served with tiny tapioca balls, smaller than what you’d find in boba (or bubble tea), which give it an interesting texture. 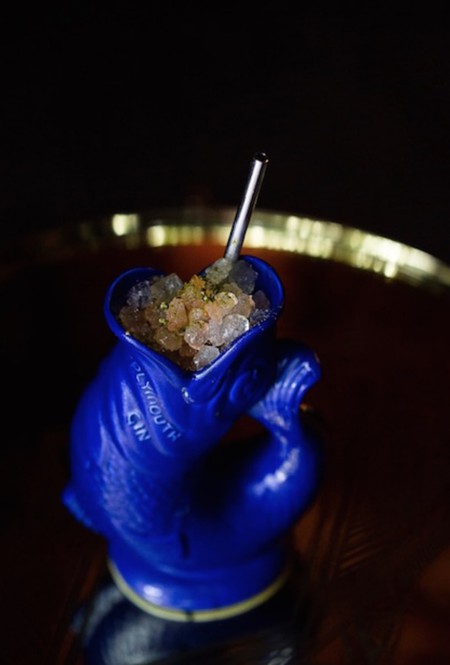 If you happen to see a Venus symbol on the menu next to a particular spirit, that indicates the company that makes it is, like Genever, women-run. The three women hope to increase the number of symbols as time goes on.

“We wanted to make a mark in the hard liquor world to show that women can hang,” Perez said. They also hope that everyone—including the woman who likes to drink alone—will feel comfortable at the bar.

“We wanted a space where a woman can go in by herself and feel comfortable because we love to travel, and we remember those spaces where we felt comfortable coming in as a woman and enjoying the space and the environment,” Samala said. “We wanted to bring that ease to our place as well.”