Foods You'd Never Think Were Invented In The Bay Area

As if gastronomes and casual foodies needed another reason to love San Francisco, here is one more as we investigate the stories behind beloved epicurean institutions that were invented right here in the Golden City.

The first item on our list was literally created in someone’s backyard in Oakland, California. While people have been enjoying flavored ice as far back as the ancient Romans, 11-year old Frank Epperson earned himself a spot in frozen dessert history, after accidentally leaving a cup containing water, powdered soda mix, and a stirring stick on his patio overnight in 1905. Epperson awoke the next morning to a sweet concept that he would recreate and refine for the next 19 years, until he received his patent for ‘a handled, frozen confection or ice lollipop.’ 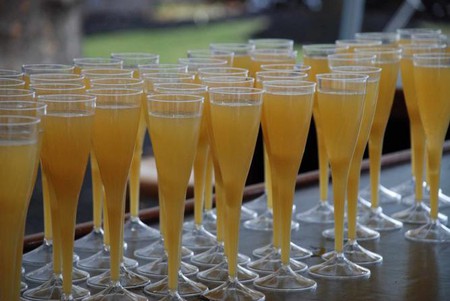 Although the Ritz Hotel in Paris receives credit for pairing orange juice and champagne together, Alfred Hitchcock is believed to have introduced this bubbly beverage to the brunch table right here in San Francisco after a long night (and early morning) of heavy drinking. Daytime drinking in this city would never be the same again with the introduction of the bottomless mimosa brunch. 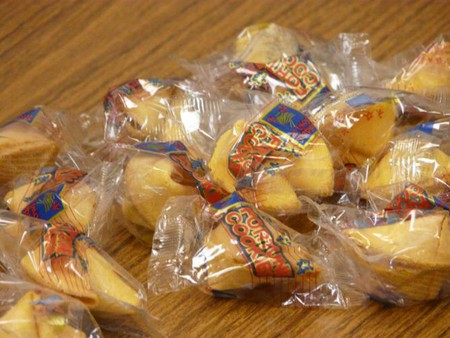 The fortune cookie we know and sometimes love, depending on our printed prophecy, was invented neither in China nor by the Chinese. In fact, we can thank San Franciscan resident Makoto Hagiwara for serving the first version of the cookie in the 1890s. After being rehired at the Japanese tea garden in Golden Gate Park, Hagiwara hoped to express his gratitude to his boss by presenting him with a delicate cookie containing a thank you note. It would become a staple in Chinese restaurants in America after World War II. 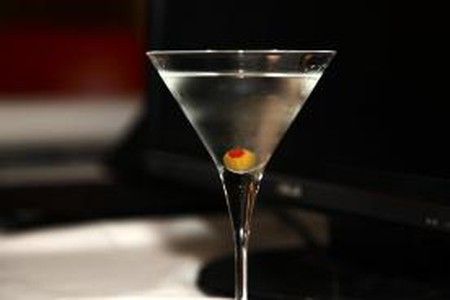 Perhaps the most hotly contested claim on our list concerns who invented the martini. After all, who wouldn’t want the bragging rights associated with a 007-endorsed cocktail? Muddled memories and slurred accounts considered, it appears as if the drink originated in California during the Gold Rush period. As for the story behind its name, one theory tells of a San Franciscan miner who ordered a pick-me-up from a local bar while on his way to Martinez, California. The resulting concoction, made from the assortment of leftover liquors, became known as the ‘Martinez’. The martini is said to have come afterwards, once bartender preferences shifted from sweet to dry vermouth. 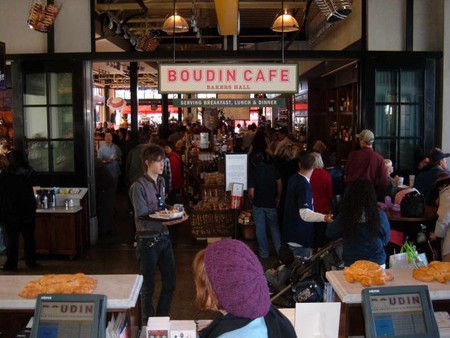 Tracing the rise of this humble loaf takes us back to the Gold Rush, when prospective gold miners were known as ‘sour doughs’. While the ancient Egyptians had been baking similarly leavened loafs since 1500 BCE, Isidore Boudin takes the cake for developing the ‘mother dough’ in America. This sacred recipe is believed to contain the perfect bread culture proportions. In fact, it is so precious that during the 1906 fire and earthquake, Isidore’s widow, Louise, made a heroic rescue of the mother dough by carrying it out of the bakery and to safety in a bucket. The Boudin Bakery brand is still going strong today, with 23 locations in northern California alone.