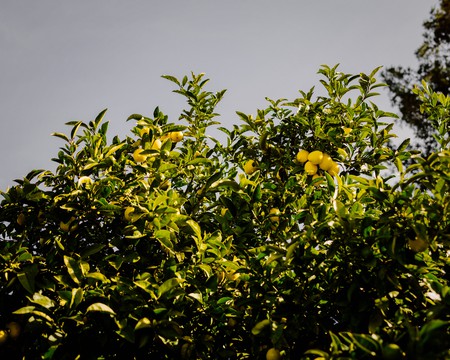 Through her legendary restaurant Chez Panisse and her Edible Schoolyard Project, chef Alice Waters has transformed the culinary scene. After almost 50 years of championing slow food, taking her from the dining tables of Berkeley to the garden of the White House, Waters’ passion for natural ingredients and sustainable eating remains undimmed.

Of the tens of thousands of meals served at California’s legendary Chez Panisse over the past 49 years, none have been as symbolic and coveted as its signature dish: the fruit bowl. There is no trickery belying this modest offering; no table theatre, no deconstruction or subversion of the form. For $12, your table is presented with a bowl of assorted fruit: whatever’s in season and at its ripest. The process to pick those fruits out, however, began years before. 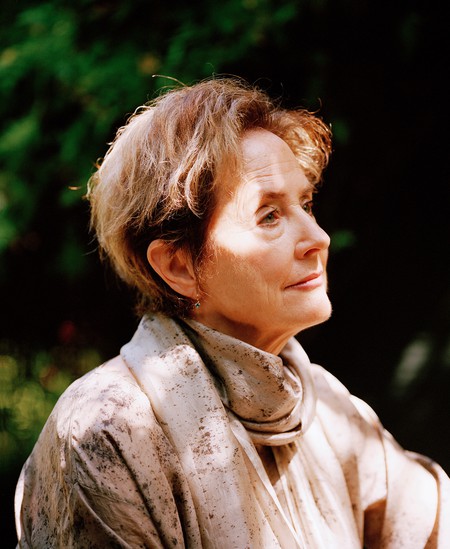 The restaurant staff know the farmer by name; they know their family and favourite sports team; they know their land. They know the sloping of the hill, the altitude, the level of nitrogen in the soil; the contents of the compost spread across the field, and where that came from, too. They know the date that it’s snipped from the vine, the time it took to transport it to the restaurant’s larder, and how long it takes to ripen. After staff check, check and check again, the very best of the fruits from the larder are selected, placed into a copper basin and served to you unadorned, perhaps with a knife for easier peeling.

This fruit bowl is the clincher of the Chez Panisse philosophy. The dish leaves diners with no uncertainty about the ethos of owner Alice Waters, who can be described without hyperbole as one of the most iconic figures in modern culinary history. “I consider food sacred,” she says. “I really believe that we are what we eat, and that when we digest food, we digest the values that came in growing that food.” 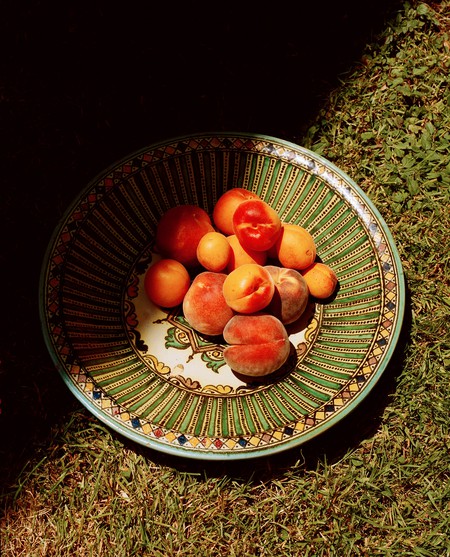 For nearly half a century, Chez Panisse has proselytised the virtues of reconnecting with nature through food and appreciating the farmers who grow it to be delicious rather than scaleable. Call it slow food, call it farm-to-table, call it locavorism if you insist: Alice Waters has been one of the loudest, clearest and most persistent voices promoting a life beyond the supermarket and drive-thru. In the process of this campaign against consumerism, Chez Panisse has become the defining culinary institution in America. It gave birth to California cuisine, revived the farmer’s market nationwide and launched the careers of luminaries such as Dan Barber, Samin Nosrat and David Lebovitz.

The restaurant’s insistence on bucolic simplicity is the cornerstone of modern restaurant cooking the world over. As restaurants go, few have been so influential in the way we eat and think about how our food is grown. But this reputation is as applicable to Alice Waters, the activist, as it is to Chez Panisse, the restaurant. Waters has sought to use Chez Panisse as “an engine of biodiversity”, a test case of how one restaurant can be so successful while conforming with her values, so that others follow suit. Even René Redzepi, head chef of the world-renowned Noma in Copenhagen, confessed his complete admiration for the “food god”, claiming to have been “totally starstruck” after meeting Waters for the first time. 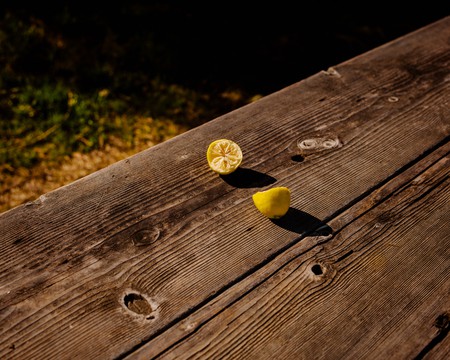 She has also – through a multitude of books and articles, public pressure, political action, charity work and school schemes – worked to ensure that children are not only fed with the highest-quality food, but also connect with it and consider it a positive part of their lives. These efforts are at the centre of what she calls a “Delicious Revolution”, and her aim has stayed true for decades. Waters wants us all to value how sacred food is and how wonderful it can be in our lives, because if we do, she believes we could save the world; and if we don’t, we may yet destroy it.

“I was a Francophile,” says Waters. “That’s how it all started.” A precocious young student at the University of California, Berkeley, during the cut-and-thrust of ’60s campus radicalism, Waters took a year abroad in France with a friend and found herself spellbound by the country’s epicurean ways. She read French literature, watched French films, listened to French music. In the writing of Richard Olney and Elizabeth David, she fell in love with the bourgeois cooking of the French provinces; in the cookbooks of Fernand Point and Michel Guérard, she marvelled at the beauty, craft and intricacy of nouvelle cuisine. “When I got home again, all I wanted to do was find the food I ate in France,” recalls Waters. 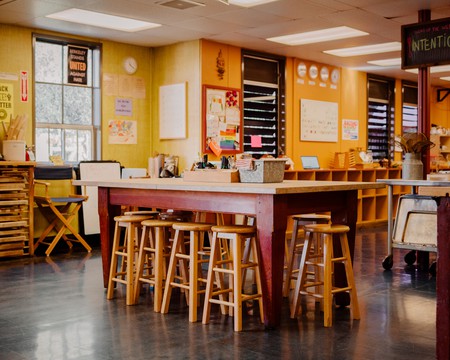 After hunting down fancy restaurants to find the flavours of her year abroad, she discovered that their “trick” was to fly food in from France. Waters’ alternative solution was to open her idealised French bistro – a neighbourhood joint where she could cook for her friends and recapture some of the magic of the dishes she had fallen for. With a $10,000 loan and little training beyond her love of hosting dinner parties, Chez Panisse was born.

There was one issue, however. “All of a sudden, we couldn’t write a menu in French when we were using ingredients from California,” says Waters. “We couldn’t offer oysters belon – what we had instead was oysters monterey bay!” 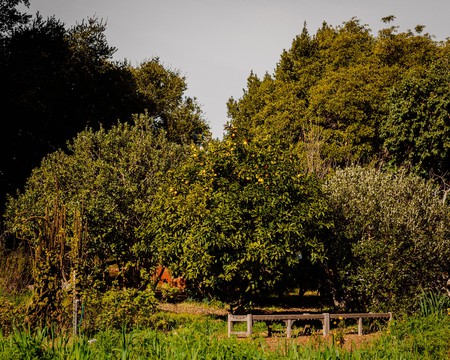 And so she turned towards sourcing the best that Northern California had to offer. And she wasn’t afraid to pay a fair price for it either, which brought everyone from desert ranchers to gardeners to her door looking to sell produce that was otherwise of little apparent market value.

Chez Panisse took to celebrating these farmers. Within five years, they proudly bore the names of their farms on the menu. The humble beet became “Bob Cannard’s beetroot, from Green String Farm, Petaluma, CA”; the strawberries boasted their origin from Lucero Organic Farms in Galt; and the beef, grass-fed of course, came from the four-generations-old Stemple Creek Ranch, five miles from the Pacific Ocean.

“We support one farm entirely, and give money – lots of money – to maybe as many as 85 other farms and ranches during the course of the year,” says Waters. “Just imagine what could happen if all restaurants did this.” 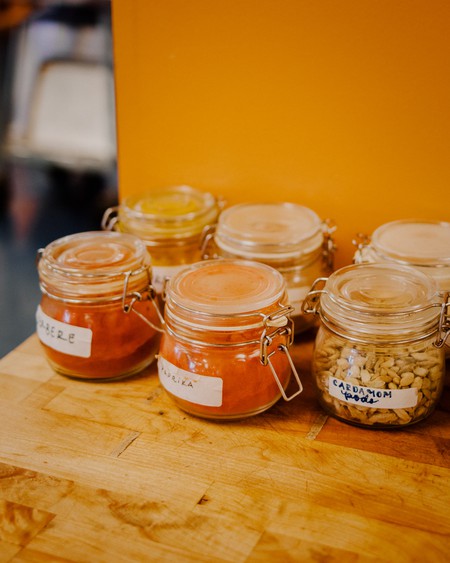 Her care for the land, for the value of farmers and farming, for the bond between a cook who cares and a farmer who cares, is borne entirely from her unabashed Francophilia. Waters captures her philosophy simply: “If you eat seasonally, locally and sustainably, it can bring you back to ripeness, beauty and community.” This is the maxim that she believes will reconnect the soil to our individual selves.

Yet Waters is not merely a philosopher pontificating on the value of a foraged mulberry in the plush environs of Northern California: her worldview goes far beyond personal empowerment.

“When I made the connection of how political food is, and how radical it is to support the people who take care of the land, I wanted to explain it to everybody,” she says. “I wanted to talk about this delicious revolution that we could accomplish. And it’s happening all around the world. We just haven’t connected the dots yet, but we will.”

Waters’ platform for revolution was a small patch of unused land outside Martin Luther King Jr Middle School, a short walk away from her base at Chez Panisse, in 1994. “I was speaking to the principal about this bit of wasteland overgrown with weeds,” she says, “and it hit me: ‘Oh my goodness! That could be a garden!’”

She dreamed of a verdant paradise with dozens of fruit and vegetable varieties intermingling, tended to by children who would then eat together in a beautiful cafeteria, nourished by the garden’s produce. This vision became the basis of the Edible Schoolyard and, 25 years later, the model has very much worked for that school. Waters’ approach is twofold: firstly the Edible Schoolyard has to be made, well, edible. 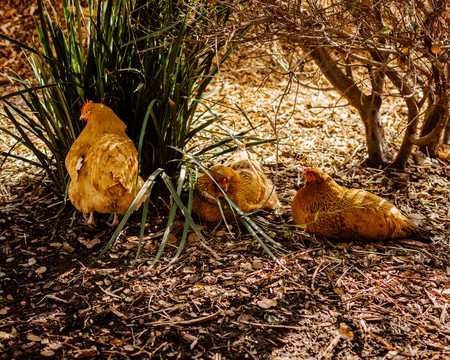 Students feed and care for the chickens in their Edible Schoolyard, and cook with their eggs | | © Jake Stangel / Culture Trip

Secondly, and equally as important, is the Edible Schoolyard curriculum, designed by Waters herself as an engaging multisensory education that teaches not only about food, but through food.

Guided by training under her mentor Maria Montessori in London in the 1960s, Waters developed classes and courses that engage the senses, so that children learn from doing rather than merely listening and reading.

Waters has exported this initiative with staggering success: the Edible Schoolyard Project has about 6,000 schools in its network, from Alaska to Madagascar. “I know for sure that every child that experiences this education will be cooking for their whole lives,” she says. “They’ll understand the value of stewardship and the simple pleasures, and the beauty of it all. I know it. I hear them speaking to each other when I visit. I just know that it’s going on and it’s what needs to happen to every child on the planet.” 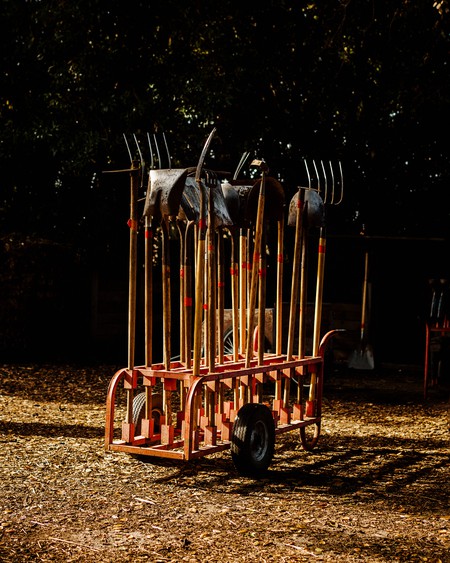 After 49 years, Waters remains undimmed in her fight to teach the world to eat. She continues to push politicians in California to provide every child with a nourishing lunch – something that she is close to doing in Berkeley, has just begun piloting an hour-and-a-half away in Stockton and has the aim of rolling out statewide (naturally, as a precursor to sweeping the nation). She pressured the Obama White House into making its kitchen garden organic, and Michelle Obama – in her scheme to tackle the public health of schoolchildren – invited students to tend the White House vegetable patch, in the spirit of Chez Panisse.

Her efforts are bearing fruit, too. “Just the other day, two brothers – a pair of twins – came to the restaurant to talk to me about how much the Edible Schoolyard has changed their lives. They were both brilliant students: good grades, football players. But they wanted to tell me, and I was so touched,” says Waters. Two more Edible Schoolyard graduates see her every day, behind the pass at Chez Panisse, putting into practice the education they received in their middle-school garden. Moments like this keep her determined to stay the course and believing ever-more deeply in the imminent triumph of her revolution.

Once Chez Panisse hits a half-century in 2021, Waters has tentative ideas about fulfilling a dream she’s had since she was 30: to open a commune. “I have this crazy idea for it to be a tortilleria: a tortilla press and a printing press. I want it to print the news of our movement. Maybe it’s a piece of artwork, maybe it’s all the different types of corn that are available or a poem from Wendell Berry. But we’d print the paper and wrap the hot tortillas in the paper and call it ‘Hot Off The Press’!”

This outlandish plan is Waters to a tee, but it also underlines a deeper point: revolutionaries don’t retire, they succeed or they don’t. Chez Panisse has led the way in proving how a restaurant can engage with nature; the Edible Schoolyard has led the way in showing how education can help us to engage with nature. The ultimate test is whether all this work empowers just enough people to tip the balance and reorder the world of food so that scarcity is eliminated, the climate is protected and nature is respected.

“We haven’t yet shown the power of our movement,’’ says Waters. “I don’t know how, but I’ve been hopeful since the ’60s, and I still am.”