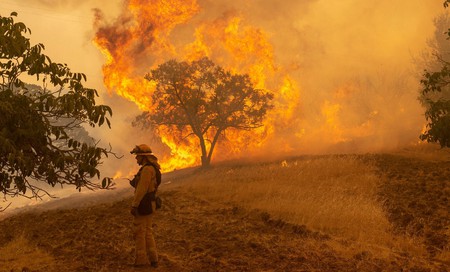 As wildfires sweep across California, drones, robots and other new firefighting technologies are only just being introduced.

For another season, wildfires have turned swathes of the Californian landscape into a fiery hell in 2018. Spurred on by high winds and dry conditions, flames have destroyed businesses, displaced residents and taken lives. For once, technology is struggling to provide an answer in the home of Silicon Valley.

Even as the devastation mounts, technology designed to combat the blazes has yet to make a mainstream appearance. Drones and Google Maps have helped, but plans for robots, new firefighting devices and innovative techniques to put out fires are still a way off.

There is conflicting research on whether the number of wildfires in California is on the rise, but there’s no doubt the blazes are intensifying. According to a report by The Washington Post, nearly 9,000 wildfires burned 1.2 million acres of land in 2017, destroying more than 10,800 structures and killing at least 46 people. The year saw not only the largest fire on record but five of the most destructive.

The summer of 2018 hasn’t offered any relief for Californians, but Google has attempted to keep them more informed of fires by releasing its 2018 Statewide Fire Map for California. The tool lists all the active fires that the California Department of Forestry and Fire Protection is responding to. There is also a Google Crisis Map that provides information on air quality, evacuation orders, containment statistics, road closures, shelters and more. The map is continuously updated to give people the information they need. 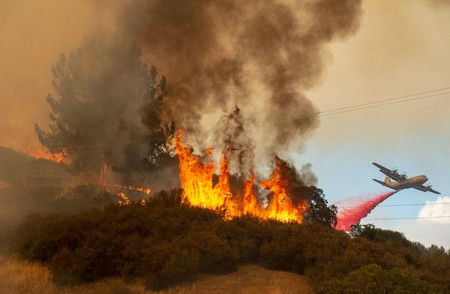 Other technology aims to help the firefighters on the ground who are facing the wildfires head on. In 2017, the Los Angeles Fire Department used drones for the first time when battling a major blaze. A firefighter launched a quadcopter into the air and flew it over the Skirball Fire, which by that point had destroyed six mansions in the Bel Air area. The cameras on the drone surveyed the damage and got an accurate view of where the fire was heading.

Fire departments outside of California have also used drones. According to statistics from Dronefly, an online vendor and repair service, 69 of the 347 US public service agencies that bought drones between 2009 and 2017 were fire departments. The New York City Fire Department used a tethered drone for the first time on 6 March 2017 to monitor a building in the Bronx it feared to be on the verge of collapse. Firefighters in London also used drones when tackling the Grenfell Tower fire on 14 June 2017.

Other technologies are further away. Robot firefighters could drastically reduce the risk posed to human firefighters. In 2015, the United States Navy released a video of SAFFiR (Shipboard Autonomous Firefighting Robot), a prototype firefighting android measuring 5ft 10in (178cm) and weighing 143lb (64.8kg). It apparently boasts a superhuman range of motion and can operate in tight spaces. But there has been no mention of SAFFiR since the video was released, and it’s unclear if the technology has progressed towards being used in real-life scenarios.

Other approaches have sought to augment the firefighters themselves, giving them increased strength or better tools to combat blazes. A designer at Monash University in Melbourne has proposed a powered exoskeleton suit to help firefighters carry the heavy equipment needed to do their jobs, though the idea hasn’t yet come to fruition.

One technology that has been unveiled is the Dolphin, a water-propelled jetpack developed by the Dubai Civil Defence; however, this would have very little use in arid regions of California. The device straps onto a jet ski and allows the firefighter to ride up to blazes, fly into the air above the flames and extinguish them from above. It sounds and looks cool, but it’s hard to imagine a huge number of uses for it.

Other devices yet to break into mainstream firefighting include the PyroLance, which can cut through walls with water and spray steam to put out a fire inside buildings. There are also fire extinguishers that put out flames with low frequency sound waves, and even a wand that can disrupt fires at a molecular level using beams of electricity.

All these technologies will seem way off to those caught in the path of one of California’s many fires; but, as climate change brings more extreme weather, drones, robots, and exoskeletons could still play a large role in battling future blazes.