Everything You Need to Know About Pixar 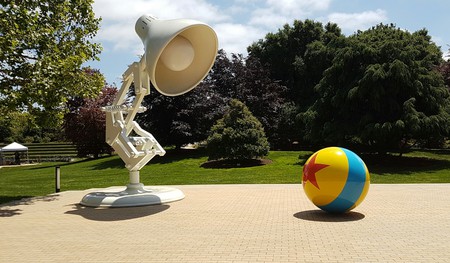 Pixar Animation Studios has just released their 20th feature-length movie, Incredibles 2. The film has shattered expectations, taking record-breaking returns at the box office on the week of its US debut. We visited Pixar’s San Francisco base to find out more about one of the greatest success stories in modern cinema.

The history of Pixar

Pixar Animation Studios, more commonly shortened to just Pixar, is a familiar presence in cinemas and on TV screens around the world. A generation have grown up with Pixar films, and the studio itself now employs over 1,600 people across five buildings at its base in Emeryville, just outside of San Francisco. The company grew out of a graphics division of Lucasfilm (founded by filmmaker George Lucas) in 1979 and became its own entity in 1986 thanks to some significant funding from Apple Inc. 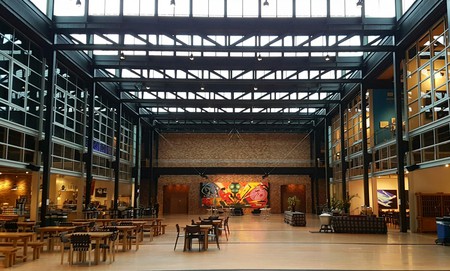 The origins of Pixar can be traced back to when a talented group of animators and computer scientists met at the New York Institute of Technology and began work on computer-animated projects. The goal was to create the world’s first computer-animated feature film, something we find commonplace today, but a lofty ambition in the early eighties.

To fund their new project, the original group worked as special-effects artists for George Lucas on projects including Star Trek II: The Wrath of Khan (1982) and ‘The Stained Glass Man’ for Young Sherlock Holmes (1985). This computer-animated character in the live-action movie is cited as the first ever fully CGI creation on screen.

While at Lucasfilm, the group developed a new type of hardware, and the Pixar Image Computer was born.

Behind the scenes at Pixar

The main Pixar Animations studio isn’t open to the general public, and a lot of what we saw was still top secret, but we did manage to get this sneak peak, which sheds light on the process of putting together a huge project.

Here’s our look at the making of Incredibles 2…

Apple co-founder Steve Jobs is honoured at Pixar with a screening room dedicated to him. Jobs was one of the first to see the potential in animated movies and in Pixar. Jobs made an offer to buy the company, newly independent thanks to the success of their new hardware, but he was initially knocked back. However, after the Pixar group were turned down by dozens of other potential buyers and Jobs was fired from Apple, the two came together. The $5 million Jobs eventually paid was from his own pocket.

There is debate over whether Jobs actually ‘created’ Pixar or if he was more of a guiding light for the studio, but either way his influence is undeniable.

Disney soon also became interested in the technology behind Pixar, especially when an employee of the company made an animated short film called Luxo Jr. in 1986. The iconic lamp and ball featured in Luxo Jr. have now become part of the Pixar brand, and can be seen at the start of every film and even outside their studios in California.

Luxo Jr. – The Pixar lamp that started it all

Jobs continued to invest in Pixar, but the Image Computer sales dwindled. The animation department, of which John Lasseter was an integral part, grew. It was Lasseter who wrote and directed Luxo Jr. and was poised to sign a deal with Disney to make their first ever computer-animated feature film.

The relationship between The House of Mouse and Pixar hasn’t always been easy, with various conflicts arising prior to the sale of Pixar to Disney over rights issues and direct-to-DVD sequels. Jobs became one of the biggest shareholders in Disney following the transaction and the Emeryville campus was built in 2000 as part of the success of the first Pixar movie. Toy Story, released in 1995, had changed the cinematic landscape forever. 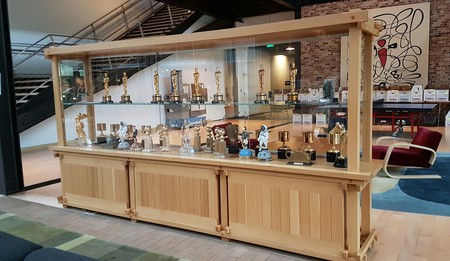 Easter eggs are a firmly established tradition in most Pixar movies and have become a quintessential part of the movie experience for eagle-eyed fans. The idea is to drop Pixar references into movies, either in the background or by more explicit means. The studio has been so prolific in their placements that a Pixar shared-universe theory – the idea that all the Pixar films take place in the same world – has sprung up in recent years, and even gained traction among studio bigwigs.

The most famous reference, and the one that crops up most commonly in Pixar movies, is ‘A113’. This is a call back to the classroom at CalArts that several Pixar directors shared in their student days. It first appeared in Toy Story; the digits were the number plate of Andy’s mother’s car.

The most intriguing use of ‘A113’ was in Brave (2012), where the historical nature of the plot warranted roman numerals (ACXIII) being used instead. The prehistoric movie The Good Dinosaur (2015) managed to depict the letters and numbers via a collection of sticks conveniently arranged on the ground. 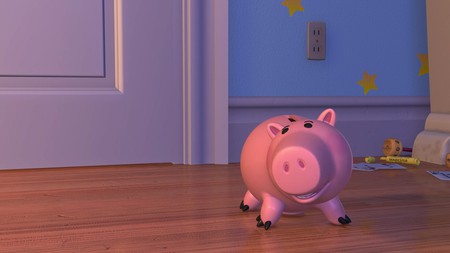 Another East egg of sorts is the voice of John Ratzenberger. Described as a “good luck charm” by John Lasseter, Ratzenberger has been an ever-present voice in all Pixar films from Toy Story onwards. Best known for his role in hit sitcom Cheers, Ratzenberger’s distinctive drawl will be familiar to fans of the studio and one that people listen out for when watching Pixar movies.

And, of course, there is the Luxo Ball. First seen in the animated short Luxo Jr., the ball has become part of the identity of Pixar. Likewise the ‘Planet Pizza’ brand appears in the majority of Pixar movies, with the delivery truck for the fictional restaurant playing a key role in a number of films.

Incredibles 2 is on general release now.