The electronic music scene is bigger than ever and booming nationwide with new festivals, clubs, and DJ’s entering the scene in droves to cater to widespread demand as the genre becomes increasingly mainstream. Along with this movement come artists that are only interested in big-bass, shiny drops, ear shattering volumes and pulsating beats that cater to young partygoers who just want to get crazy. The DJ’s that subsequently cater to this growing demographic are the ones who are making millions with residencies at nightclub giants in Vegas and Ibiza. But Marques Wyatt is an artist who defies this excess without so much as lifting a finger in protest. 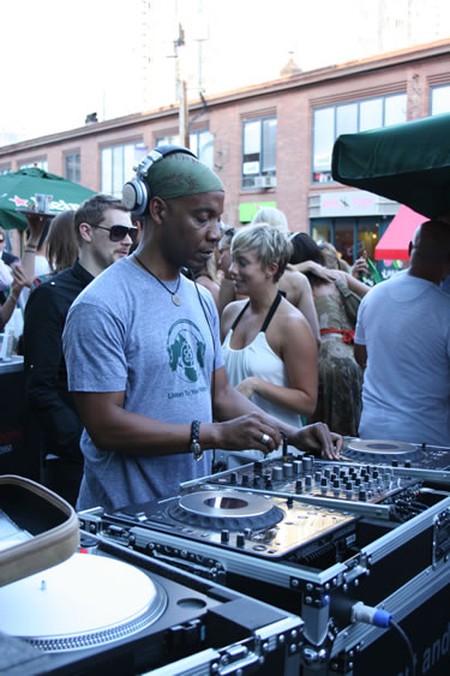 As a veteran in the LA music scene and an international DJ that has been playing clubs of all kinds for decades, his experience and natural intuition set him apart from the young stars just breaking into the scene. A Santa Monica native who is also renowned worldwide, Wyatt holds such deeply-rooted appeal with the hipster scene in L.A. to the point that many will claim they liked him ‘before it was cool’.

Yet Wyatt’s influence goes back much further and deeper than recent trends because he represents the inception of house music in Los Angeles. He helped introduce acid house and acid jazz from Chicago to Los Angeles in its heyday, and he’s been performing at and producing the hottest events in the city since the 1980s. He even regularly plays yoga sets to bring the music to audiences in a different context. His tried and true taste holds the dance music scene of L.A. to a consistently high standard, and he defies the trend of overproduced big room house tracks whilst maintaining his influence on both the massive crowds of larger venues; he also still thrives in the atmosphere that his sound originated in during the earliest forms of the movement. These are the intimate underground experiences that birthed house music in the first place.

Wyatt has since produced his own events of the like with ‘Deep L.A.’, which ran once a month for 13 years at King King in Hollywood until it recently closed. However, the events continue on in both Venice – one of only a few of its kind on the Westside – and in its home of Hollywood (catch him at Sound Nightclub Labor Day weekend for the next installment of this highly recommended club night). 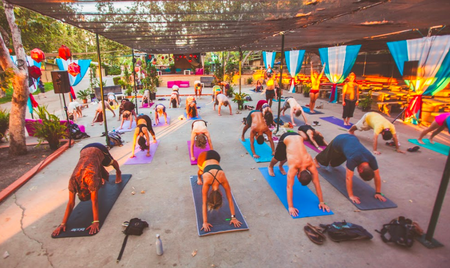 Trust that he will look undeniably cool behind the booth as he masters multiple decks, old-school style — no laptop, all vinyl. Sometimes he wears a black get up that looks like something a cosplay character would wear, complete with hood pulled up and black fingerless gloves on his hands that glide over the decks adjusting countless knobs and esoteric buttons with innate calm and expertise. He inspires respect with his seemingly effortless demeanor, and the crowd follows him with every beat.

However, just because he possesses a more sophisticated, developed sound doesn’t mean it isn’t one of the most fun sets audiences will ever experience, like his nearly three-hour-long late-night set at Lightning In A Bottle. He knows how to get the crowd moving at a classic 120 bpm without resorting to the cheap thrills of an overhyped buildup and lackluster release, instead overlaying the consistent 4 on the floor rhythm with spoken word vocals, funky drum lines and soulful effects. This could go on forever, luring the crowd to lose themselves in the music until he seamlessly switches it up a little, and they go right along with him. The results are house music at its finest that have been approved by generation after generation of acid heads and Melbourne shufflers.

Wyatt couldn’t be more humble, too, and when seen at intimate events such as Woogie Weekend, can be found walking around talking amicably to devoted fans, giving hugs all around. He told LA Weekly that his youngest fans ‘know who you are and come with a lot of love and respect. I’m interested in creating something with this newer generation’. He’s trying to pass on his shared inheritance of the West Coast house scene that made him a lifelong success to future admirers, and he’s inspiring future DJS to preserve the good vibes and great music of this scene for posterity.