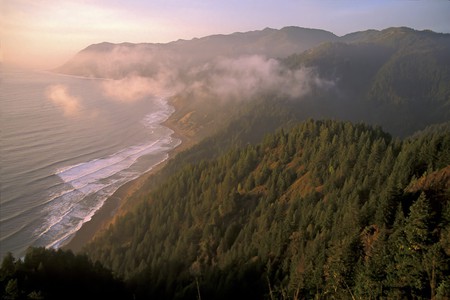 Between highways of bustling cities and populated towns lies a desolate mecca of untouched land. This is California’s Lost Coast—the minuscule natural oasis tucked away within Humboldt County. The Lost Coast, an undisturbed stretch amid Ferndale and Rockport, is something of a Californian fable. Though it seems inconceivable to find a region so remote and free of any development, the Lost Coast actually exists for its natural constitution. This stretch of steep mountains along the coastline made it too costly for highway construction, resulting in a population exodus in the 1930. Since then, the Lost Coast has preserved its natural state and become a legendary site within Northern California

The Lost Coast, though treacherous to find, is in no way lost—in fact, it attracts up to 24,000 annual visitors who travel through a rollercoaster of oases to get to. Because of the land’s inaccessibility, there is a distinct original mark rather than a human one, making it a natural wonder within California.

Unlike the ordinary road trip route, the Lost Coast comes with a natural obstacle course. The scenic path between State Route 1 and Highway 101 guides along California’s western edge, where visitors head down the 28-mile stretch of Mattadole Road, also know as The Wildcat. After an intrepid journey through alpine forests, tiny towns, and steep backroads, The Wildcat breaks into ocean views and leads to the only restaurant-bar found within miles of the Lost Coast, The Yellow Rose. 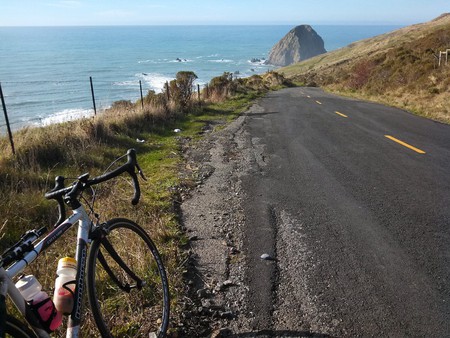 Within the coastline terrain are beaches and forests accessible by foot. Centerville Beach, the idyllic waterfront is a desolate spot that attracts picnickers, horseback riders, bird watchers, and even whale watchers in the spring and fall seasons. The wild waves of the coast crash along the sandy shorelines, bluffs, and cliffsides. 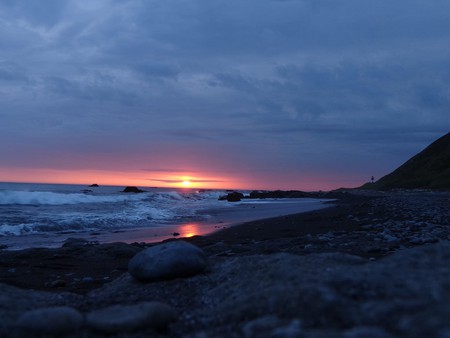 The ultimate undisturbed beauty lies in the Lost Coast Headlands National Monument. This spot where ocean meets land is teeming with wildlife. With an estimation of 200,000 seabirds and thousands of marine mammals, it’s an untrammeled habitat for nature lovers. Visitors often spot Steller sea lions hunting through the waters and taking care of their young, before hiking along the Headlands to explore as much of the 463 acres as possible.

The Lost Coast is a deserted terrain that lives outside of reality. It’s an explorer’s paradise, replete with untouched land, wildlife, and natural scenery.