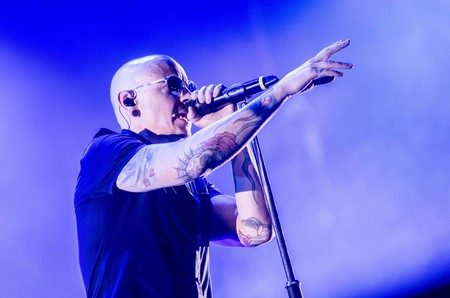 Considering the unmatched success of Chester Bennington and his band Linkin Park throughout the 21st century, it should come as no surprise that his son, Jaime Bennington, possesses musical talents in spades. However, what is surprising is the style of music Jaime is writing.

“Our son Jaime is as talented as his father,” she wrote. “Here’s a bit of his original work.”

Our son Jaime is as talented as his father @ChesterBe . Here's a bit of his original work. #legacy https://t.co/ubvdUe9Acl

Linking to his website, it is immediately clear that the 21-year-old screenwriter isn’t showcasing the raw vocal power of his father, but, instead, gorgeously constructed piano sequences. As he explains in a post dedicated to Reverie 4, he drew most of his inspiration from a renowned Russian composer.

“Fueled by my love for the incredible Dimitri Shostakovich,” Jaime writes, “of which I have cultivated over the last six months through the systematic consumption of every symphony, brooding string quartet, and whimsical piano solo, I decided to sit down with my piano and have a conversation about what we wanted out of music. That conversation ended with the subsequent decision to write music that simply SOUNDED good. I purposely forced myself to stray away from any of the hard-wired academic prejudices that I had the tendency to fall back on.

“These pieces took me far away from any notion of form, harmony, or time that I had so desperately wanted to control. Likewise, what came out of this experiment is something I feel is wholly different from anything I have written before!”

He also added that he originally wrote the final piano solo for his sister’s birthday several years back, and has only decided to share it with the public now.

Listen in below, and then visit Jaime’s Soundcloud page to hear more of his work.