Through his impressive output of poems, short stories and novels, Henry Charles Bukowski offers an intimate portrait of a lower class America struggling with vices in the face of a crushed American dream. Vincent Wood explores how Bukowski’s own association with the down and out experience inspired these important works of modern American literature. 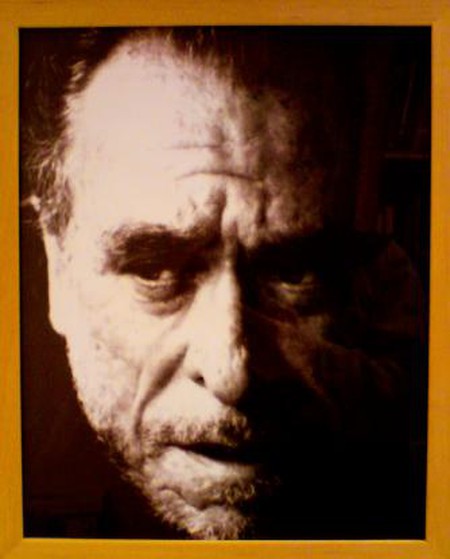 Often referred to as the ‘godfather of lowlife literature’, Henry Charles Bukowski was certainly familiar with the grittier side of life. The writer was born Heinrich Karl Bukowski on August 16, 1920 in Andernach, Germany to a US army sergeant serving in Germany just after the First World War, and a German girl with whom he had been having an affair.

In Germany Bukowski’s father became a building contractor; however as the country paid heavy reparations following the war, the economy became stagnant and the family could no longer make a living. Thus, in 1923 the Bukowski family sailed back to America. Upon their return, the name Heinrich Karl Bukowski (then pronounced boo-koff-skee) was Anglicised and changed to Henry Charles Bukowski (now pronounced boo-kow-ski) in order to help young Henry integrate.

Throughout the 1930’s Bukowski’s father was often unemployed and the family struggled to make ends meet. As a youth he endured constant ridicule for his German accent and hand-me-down clothing. All of these factors contributed to his development of an aggressive depression, which would later become a cornerstone of his writing. In 1944 upon his arrest for suspicion of draft evasion, Bukowski was subject to a mandatory military physical, which included a psychological test. He failed this and was excused from military service, thus avoiding combat during World War II.

Between the ages of 24 and 26 Bukowski enjoyed a somewhat fortuitous period of his career. His short story, Aftermath of a Lengthy Rejection Slip, was published in Story magazine, followed by 20 Tanks from Kasseldown, which was published in a collection by the Black Sun Press. However, after this limited success, Bukowski failed to break into the literary scene and gave up writing for almost a decade. During this time he roamed America, and took jobs in places like a pickle factory and the US postal service. 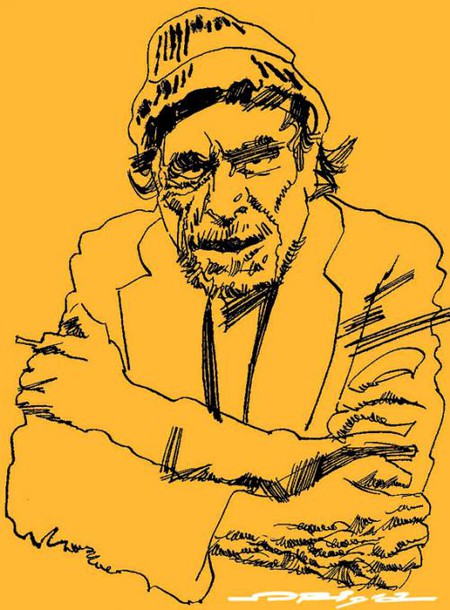 It wasn’t until 1955 that Bukowski started writing again. Following treatment for a near fatal bleeding ulcer, he was inspired to compose poetry. By 1960 he had resumed work in the post office and began to send off his writing once again. By 1963 a collection of poetry entitled It Catches My Heart in Its Hands was published, followed by Crucifix in a Deathhand in 1965 by Loujon Press Imprint.

By the start of 1967 Bukowski had begun to write the column ‘Notes of a Dirty Old Man’ for the underground Los Angeles newspaper Open City. When the paper was shut down, the column was taken up by both the Los Angeles Free Press and the NOLA Express in New Orleans. The writer was starting to make inroads in his career but, at this time, was still relatively unknown. His various submissions and newspaper columns had managed to catch the attention of the independent publisher Black Sparrow Press, and in 1969 he quit his work at the post office to become a full-time writer. He said of the decision at the time: ‘I have one of two choices – stay in the post office and go crazy … or stay out here and play at writer and starve. I have decided to starve.’ Because of the support of Black Sparrow Press Bukowski went on to publish almost all of his major works through them. He was such an avid proponent of the independent press that he continued to submit his work to various small publishers throughout his career.

In 1971 his first novel, Post Office, was published. The book follows the life of Henry Chinaski who works a menial job to support a lifestyle he hates. Chinaski indulges in women and alcohol, and adopts an extremely cynical outlook on life in order to distract himself from all that he loathes. The writer would pen a total of five more novels, before his death from Leukemia in 1994.

Bukowski’s depictions of the downtrodden, often violent, working class America that was so familiar to him from his own experience, made his work shockingly obscene yet touchingly candid and accessible. Through his ability for riotous story telling and use of mostly autobiographical characters to depict the perennial loser and the alcoholic, suffering from alienation and times of hardship, Bukowski made his name as the ‘godfather of lowlife literature’.