California Has Just Adopted a State Dinosaur, Here’s Why 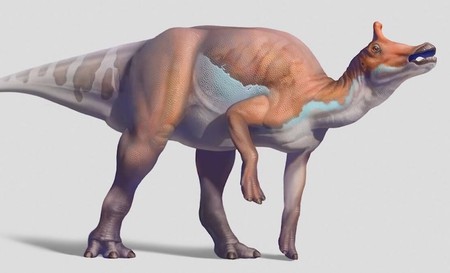 California Governor Jerry Brown signed off on a bill on Saturday naming the Augustynolophus morrisi as the state dinosaur, the LA Times reports. This particular dino was a plant-eating, duck-billed hadrosaur that would have lived in what is now California 66 million years ago.

The first remains were discovered in Fresno County in 1939. This first find was only one of two, and both discoveries were made in California. It is named for Dr. William J. Morris, a geologist and paleontologist who found many fossils along the West Coast, and Gretchen Augustyn, a longtime benefactor of the Natural History Museum of Los Angeles. If that name is a mouthful, you can use “Auggie” for short.

Assemblyman Richard Bloom proposed the bill for a state dino, saying it would foster educational opportunities for students interested in paleontology. Bloom released a statement following the designation, saying, “State insignia can be astoundingly effective at educating and exciting students. Many of us first learned about the California poppy and the California grizzly bear due to their special designation in California.” The poppy is California’s state flower, while the grizzly is the state animal and appears on the state flag.

Young paleontologists have plenty of opportunities for learning about fossils and the very distant past, as Los Angeles is the home of the famed La Brea Tar Pits, where paleontologists are always excavating and preparing fossils in the Fossil Lab, located within the La Brea Tar Pits Museum. Those looking to specifically learn more about the Augustynolophus morrisi can stop by the Natural History Museum of Los Angeles’s Dino Hall. This museum boasts the only two fossil specimens of an Auggie in the world, one of which is the most complete example of any dinosaur found in California. 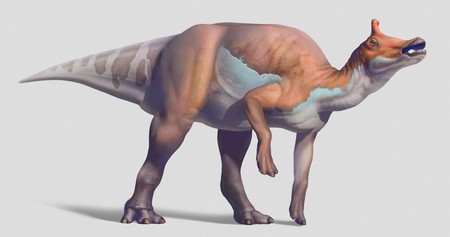