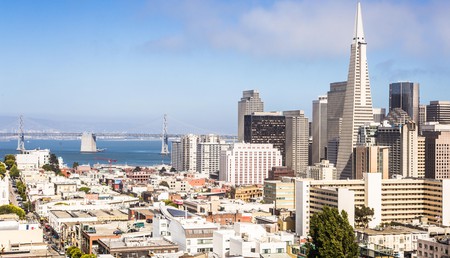 Wedged between the bustle of Chinatown and waterfront restaurants along the many piers, San Francisco’s lively Financial District has been the center of business for centuries. Once a place for Gold Rush-funded companies in the mid-19th century, it’s now home to many of the city’s biggest economic giants – including six Fortune 500 companies. With all the neighborhood’s history, plus an offering of modern restaurants and bars, it’s a great base for exploring San Francisco. Here are our picks for the best business hotels in San Francisco’s Financial District – bookable on Culture Trip. 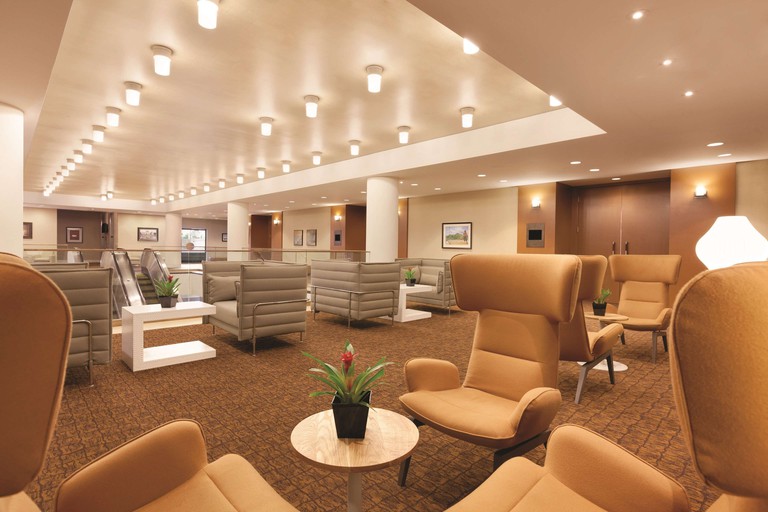 Located steps from San Francisco’s historic and vibrant Chinatown neighborhood, the Hilton San Francisco Financial District is the ideal hotel for visitors wanting to explore the city on foot. Far from being a hotel that only focuses on business travelers, the Hilton offers guests a variety of fun things to do, including an on-site karaoke room. Sit back with a glass of Napa Valley wine in the lobby, or rent a car through the concierge and take a trip up to the region yourself. 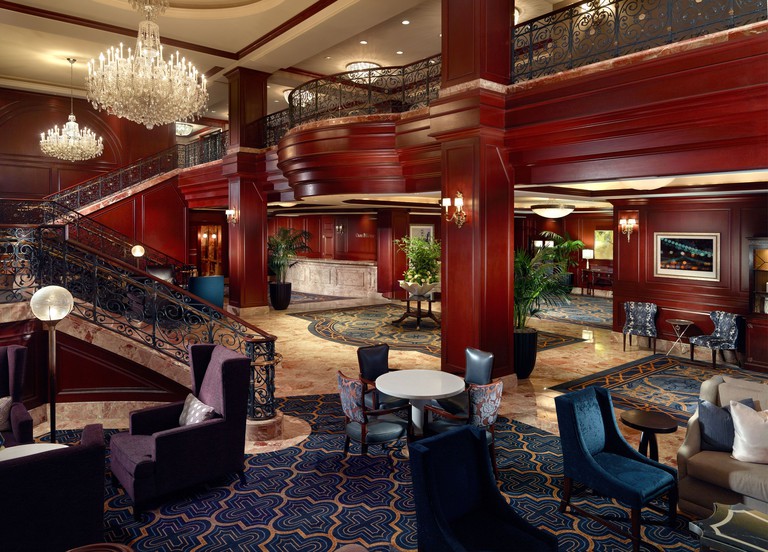 The Omni San Francisco is a perfect blend of historic architecture and modern sensibilities. Originally built as a bank in 1926, the hotel’s breathtaking Florentine Renaissance facade makes it a great spot for exploring the rich history of the city. Complimentary walking tours are offered to guests, and a cable car stop across the street allows visitors and locals to explore the city’s oldest districts on their own. 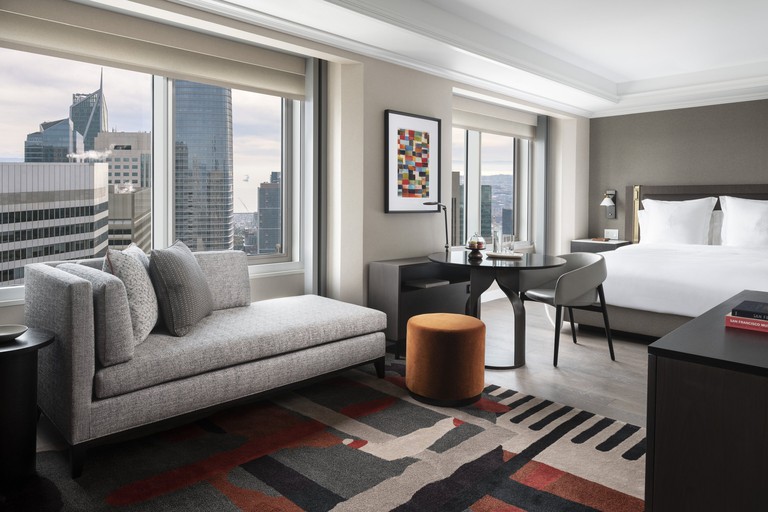 For visitors who want the five-star experience, the Four Seasons San Francisco at Embarcadero hotel offers luxury combined with sweeping views of the city. Formerly the Loews Regency Hotel, this Four Seasons property is in the top 11 floors of the 345 California Center, a 48-story landmark. The 155 rooms and suites boast views of the twinkling lights of the city, the bay, or the bridges – just one of the reasons this hotel is the most romantic place to stay in San Francisco. 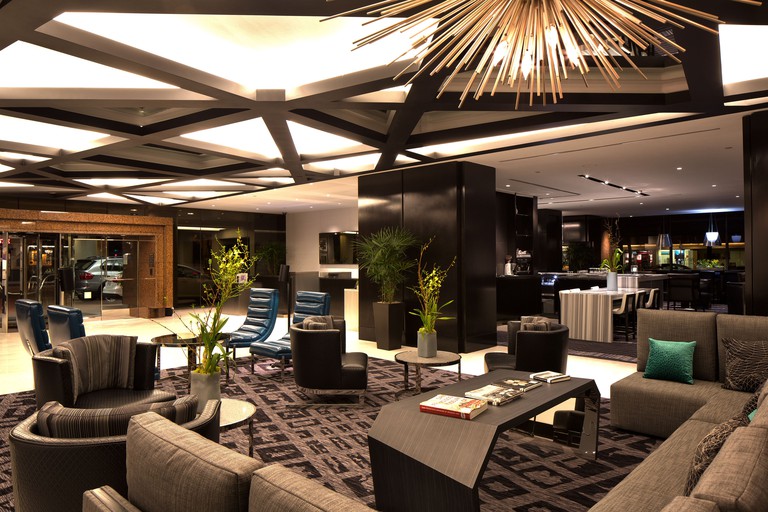 Le Méridien San Francisco is the ideal place for visitors looking to get a good night’s rest after a long day exploring the city. Luxurious bedding, views of the city, and discounted package offers make this a top-rated hotel. In the heart of the Financial District and boasting fantastic service from hotel employees, the hotel is popular among business travelers for its free wifi (in common areas only) and up-to-date meeting rooms. Twenty-five floors above ground, the hotel boasts exquisite views of the skyline from its upper rooms. 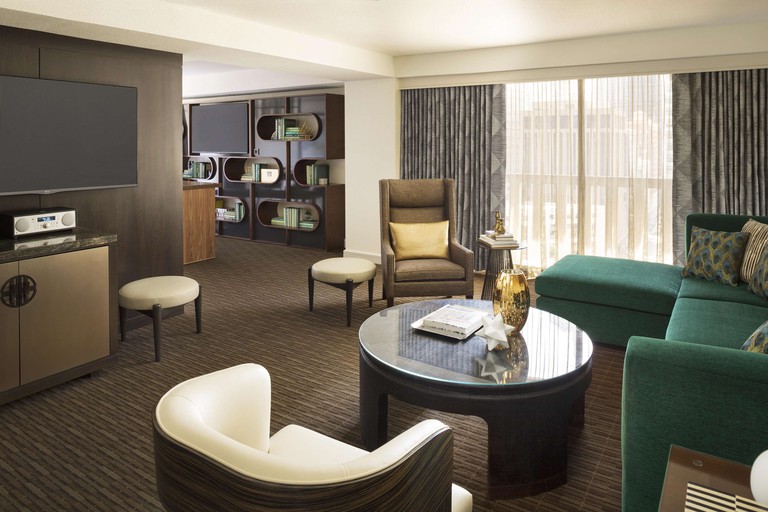 With over 800 rooms and a variety of spacious meeting rooms, the Hyatt Regency San Francisco is one of the only hotels in the Financial District that can affordably bring together large parties. The hotel frequently hosts events ranging from weddings to business conferences, with the largest meeting space spanning over 18,000sqft (1,670sqm). On the Embarcadero waterfront across from the Ferry Building Marketplace, the hotel is an optimal location for arranging and hosting big groups. 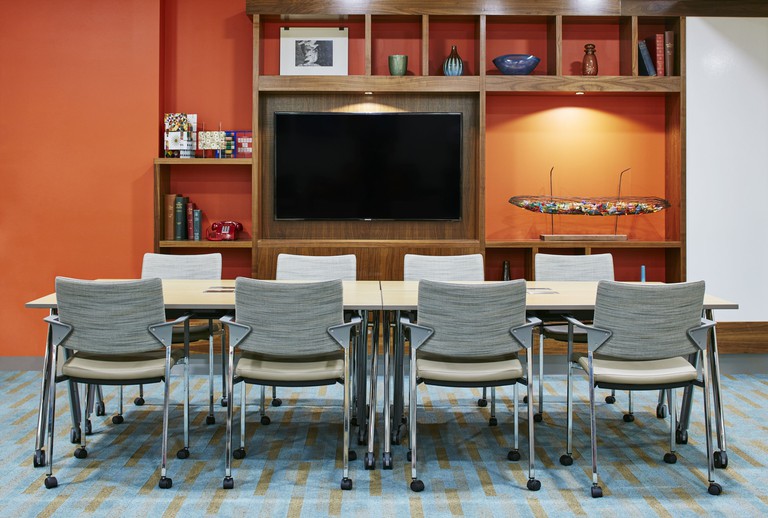 The Club Quarters Hotel in San Francisco is an excellent choice for business travelers. Guests can finish an email on the rooftop terrace, conduct a last-minute meeting in one of the many sleek meeting rooms, or squeeze in a workout on a personal schedule. An impressively designed hotel with up-to-date amenities, the Club Quarters Hotel is the perfect place for those who are working on a big project while enjoying all of what San Francisco has to offer. 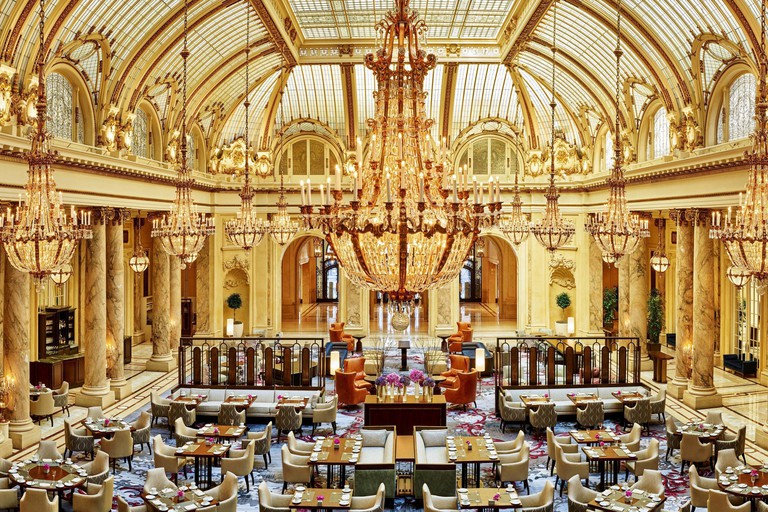 Courtesy of Palace Hotel, a Luxury Collection Hotel, San Francisco / Expedia
Located a few steps from Market Street on the border of the Financial District, the Palace Hotel is the oldest hotel in San Francisco. Opening its doors in 1875, the John Painter Gaynor-designed hotel was damaged in the 1906 earthquake and restored three years later. Architecture lovers can revel in the hotel’s exquisite, detailed interior, which includes large marble columns and intricate ceiling lamps. Despite surviving for more than a century, the hotel features modern luxury amenities and a large windowed-ceiling indoor pool.

If you’re after a five-star stay, read our guide to the best luxury hotels in San Francisco. For more options, discover the best hotels near Chinatown – then book your stay on Culture Trip.