An Introduction To Dolly Parton In 10 Songs 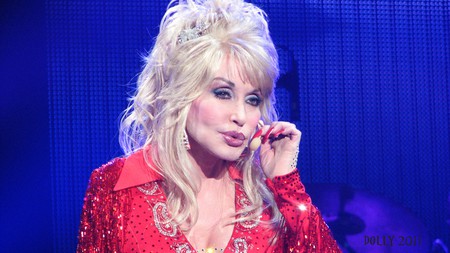 The multitalented Dolly Parton has her hands in just about everything from her music empire and Dollywood to her acting career. She is best known for her songwriting capabilities, writing over 3,000 songs to date and counting. What could be a much longer, deserving list, these 10 songs will introduce you to a sliver of her successes, including a few surprises about Parton herself.

After signing a record deal with Monument Records in 1965, it took some time for Parton’s solo career to really take off. She released a few singles while with Monument, but it wasn’t until signing with RCA that she finally landed a solo hit on the charts making it to No. 17 with ‘Because I’m a Woman.’ Finally in 1970, she had made it to the top of the country charts with ‘Joshua’ off of her album Joshua. It tells the story of a young girl who takes a risky visit to the town recluse. She drew upon Appalachian references from when she was growing up, which translated to many of her other songs. Parton also received her fist Grammy nomination for the song.

At this point in Dolly’s career, she was cranking out the hits on both the country and pop charts. The song ‘Two Doors Down’ came about when she was sitting in a hotel room by herself while on tour. She heard the sound of laughter and fun coming from another room down the hall, who happened to be her crew and bandmates eating and drinking. Parton had excused herself from the partying to avoid the temptation since she was on a diet at the time. The song became a pop hit and a country hit. She rerecorded the song with a pop flair, which included a loose and disco sound that was for pop airplay. The country version titled, ‘It’s All Right,’ was intended for country airplay.

This is the song that truly encompasses who Dolly Parton is as a writer. Her lyrics are written with such detail, yet they keep from being overbearing. ‘As soft and gentle as a sigh / The multicolored moods of love are like it’s satin wings.’ This was the first single off of her 1975 album, Love Is Like A Butterfly. It was the third single of hers to reach No. 1 on the US country charts. It was considered her signature song. It since has been covered by Clare Torry for the theme song of a British TV sitcom. Parton’s granddaughter, Miley Cyrus, also covered the song on her 2014 Bangerz Tour.

By the 1980s, Parton had multiple hits in multiple genres. If you add Kenny Rogers to the mix of Parton’s career, what do you get? One of the greatest collaborations in the music industry at the time. Kenny and Dolly collaborated on the Bee-Gees song, ‘Islands in the Stream.’ They had a followup hit together called ‘Real Love’ in 1985.

To add another to Parton’s résumé, she now could include acting. She was not only assigned to write the music for the 1984 film, Rhinestone, but also co-starred with Sylvester Stallone. ‘Tennessee Homesick Blues’ penned by Parton was featured on the Rhinestone soundtrack making it to the top of the country music charts.

In 1980, she took to the big screen again. Parton was handpicked by the one and only Jane Fonda to play the third lead character in the film 9 to 5 and Other Odd Jobs. Fonda had met her on a plane and liked Parton’s country charm. On the set of filming, Parton would write on her downtime which included the single ‘9 to 5’ making it to No. 1 on both the pop and country charts yet again. To top that off, Parton wrote a musical in 2008 called 9 to 5: The Musical that was nominated for a Tony Award.

And we couldn’t forget about this Parton classic. Of all her songs, ’Jolene’ is the most-recorded song by other artists. The story of Jolene is centered around a woman who pleads to the beautiful Jolene to stop trying to steal her lover. Like many of Parton’s songs, it was inspired by a true story when a bank teller flirted with her husband, Carl Dean. This was Parton’s second solo No. 1 single on the country charts.

With this song, Dolly broke records as you can imagine. It reached number one on the country charts in 1974 and then again in 1982 when she had rerecorded the song. She was the first artist to reach the number one spot with the same song. It was written as her goodbye to her former duet partner, Porter Wagoner, who helped her get a recording deal with RCA. In 1992, Whitney Houston did her version of the song taking it to No.1 on the pop charts, and in 1995, Dolly recorded a duet with Vince Gill, earning them a CMA Award.

Not many know about the track written in favor of the beautiful Jolene featured in the 1973 hit. 35 years after recording ‘Jolene,’ Parton wrote ‘Cologne’ off of her 2008 album, Backwoods Barbie. She writes it in the perspective of the mistress. ‘You ask me not to wear cologne / She’ll know you’ve been with me alone / And you can’t take our secret home / So you ask me not to wear cologne.’ The mistress agrees to do all she can to keep their affair a secret, even going to the degree of not wearing her favorite cologne as to leave not a trace of evidence.

This is Dolly Parton’s all-time favorite song she’s written, according to multiple sources. It was the second single off of the album titled, Coat of Many Colors. It reached No. 4 on the country music charts in 1971. Based on real events, the song tells the story of Parton’s mother sewing a coat for her. She made it from rags passed down to the family. While her mother stitched the coat together, she related the story of Joesph from the Bible and his colorful coat. When she wore the coat to school, the other kids made fun of Parton, but she didn’t understand because she loved the garment made from pure love. ‘But they didn’t understand it, and I tried to make them see / One is only poor, only if they choose to be / Now I know we had no money, but I was rich as I could be / In my coat of many colors my momma made for me.’ The song was written when she was on tour with her partner at the time, Porter Wagoner. Since she was out of paper, she wrote the single on the back a receipt which can be found at the Dollywood Museum in Pigeon Forge, TN along with the original ‘Coat of Many Colors.’