A Californian Cannabis Company Has Launched Wine and Weed Pairings 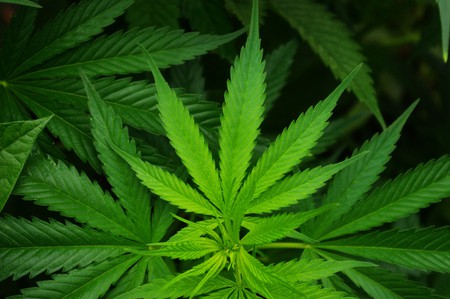 If you’ve ever wondered how to pair cannabis with wine a new tasting menu in the heart of California’s wine producing region can show you what ganja goes with a gewurztraminer and what blow compliments a Bordeaux.

The Sonoma Cannabis Company grows 100% organic, sustainable, naturally concentrated cannabis and some of the descriptions for the company’s range of products read like wine labels – a tasty blend of floral and citrus flavours, a rich, earthy foundation and delicate berry top notes – so it was only a matter of time before the two products came together along with fine-dining. Founder Sam Edwards offers a set menu featuring dishes such as cannabis pesto, paired with a crisp chardonnay, while other dishes include cannabis flowers.

The dinners are part of a growing trend looking at ways that these two horticultural industries can potentially work together. A ‘Wine & Weed’ symposium is planned for August 2017 – the first of its kind – which hopes to explore the opportunities and issues that the legalisation of cannabis presents to the Californian wine industry. Topics for discussion include growing cannabis in the vineyard, the legalities of growing cannabis, and even how to produce cannabis-infused wine.

As the website states, ‘the cannabis and wine industry have more in common than what one might see at first glance. Both industries are based in rural areas with a major emphasis on agriculture and quality’.

Symposium organiser George Christie, president of Wine Industry Network, planned the day-long event after a single hour talk at a previous conference was packed and went on for over two hours. ‘We want to leave people with a better understanding of what the recent legalization of cannabis means for the wine industry, and what opportunities present themselves as a result,’ said George in a recent interview.

There are, however, a few clouds on the horizon of the liberal West Coast – it’s unclear how the Trump administration will react to the cannabis-growing industry and its products. The drug has been legal for medicinal use in California for years and is now legal in eight other US States. However, when asked recently about the recreational use of cannabis, White House Spokesman, Sean Spicer, said: “I do believe you’ll see greater enforcement of it.” Will Trump crash the party – who knows? Until then, smoke ’em if you got ’em.